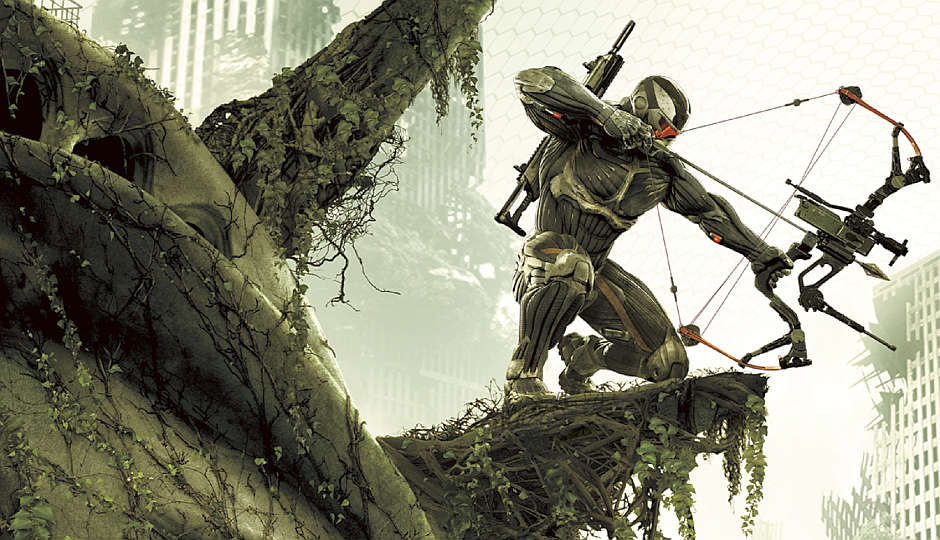 Even though we are yet to hit 4K resolutions in gaming, a well-known gaming hacker called K-putt has gone well ahead of 4K and hacked a Crysis 3 executable file to run the game at a mind-boggling 8K resolution. Specifically, his 8K resolution images are rendered at 8000x3333 pixels resolution. And the results look amazing!

The screenshots look so good that you might think that the photos are hand-drawn concept art of the game. But the screenshots are said to be taken right out of the running game. K-putt has used an ultra high-end gaming rig to produce such gorgeous results. But at 8K, his PC could run Crysis 3 at 2fps only.

After the release of the first Crysis game in 2007, it has became the benchmark for graphics card performance and even now, gaming enthusiasts use Crysis games to compare gaming hardware. Even now, most good enough gaming rigs struggle to run Crysis 3 in Full HD resolution at very high detail.

Click on the image to view its 8K version.
Caution: People running on low-usage data packs, be careful. The image is almost 24 MB.

K-putt has given details about the hack in case you wish to try it on your PC:

"I used Maldo’s On The Fly tool to get access to some blocked cvar’s [engine commands like draw distance] of the game. I also used his ultra preset for those screenshots. Then i added some custom exec’s [command-line settings] for those high resolutions. Which i could then change via keybindings. So i line-up a shot, change to 8K for example, take a screenshot and go back to 1080p. SweetFX was used as well to adjust some colours/blacklevel etc. And i used a cheat-engine hack to get some sort of a free camera (changing the x,y,z player coordinates)."

We are yet to get our hands on an 8K resolution TV, so the pictures that you are viewing on K-putt's Flickr page won't show their true quality as you view them on your HD or Full HD screens. For now, a 4K TV is the best option to view the real quality of these visuals. Another thing to note here is that K-putt did not actually get up to a real 8K resolution which is 7680x4320. The images that he has put up are ultra-wide screen shots at 8000x3333 and the portrait shots are at 3750x5000 pixles. At the given ultra-wide-screen resolution, a single frame consists of 26.6 million pixels as compared to 2 million pixels on a Full HD 1920x1080 pixels resolution.

In order to run Crysis 3 in 8K resolution at playable frame rates, you might need around 10 GTX Titans that need to be set up in a perfect way for best performance from each card. Check out all the 8K screenshots of Crysis 3 on K-putt's Flickr page.