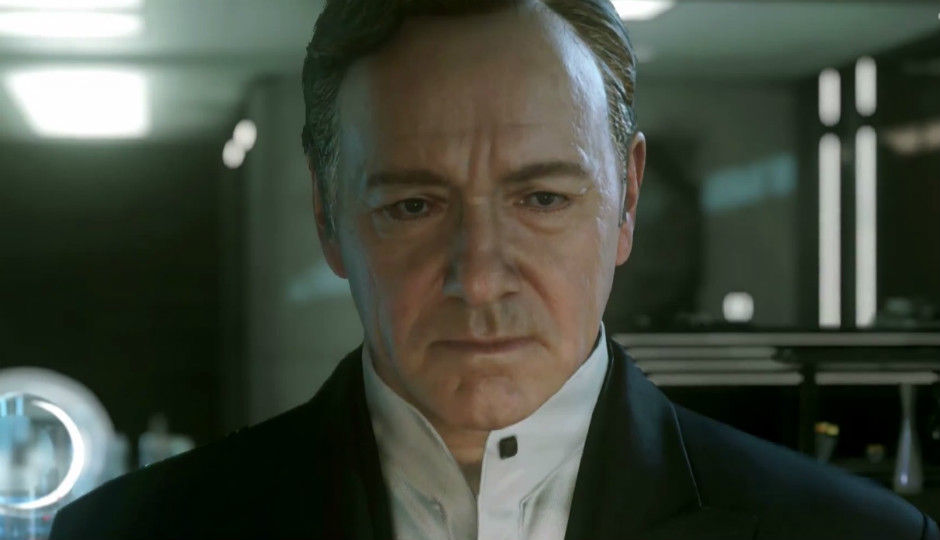 Call of Duty has now become the equivalent of the IPL- it’s out every year and you can’t help but feel a little more weary about each successive installment. This year’s COD game will be called Call of Duty: Advanced Warfare and as the name suggests, it will feature heavy science fiction elements while treading the similar ground of shooting a ton of people.

COD: AW is being developed by Sledgehammer Games for Activision and will be out for the Xbox One, PS4 and PC on November 4. There’s no word yet if the game will also be released for the Xbox 360 and PS3.

Activision has released a trailer of the game and it stars actor Kevin Spacey who has been wowing the world in recent years through the House of Cards TV series and his appearances in the famous Oscars’ selfie and dancing in a lungi at the IIFA awards. The game’s story seems to revolve around a Private Military Contract company waging war against the U.S. government in the near future. The trailer reveals gameplay elements that appear to be similar to the recently released Titanfall, including parkour, wall jumping, mechs etc. There are also some elements that we haven’t seen before in COD games like driving/riding hover bikes and a larger focus on vehicular combat but these could just be the same on-rails gameplay that we’ve seen countless times before.

Check out the trailer below and decide for yourself if the new COD is worth getting excited about: