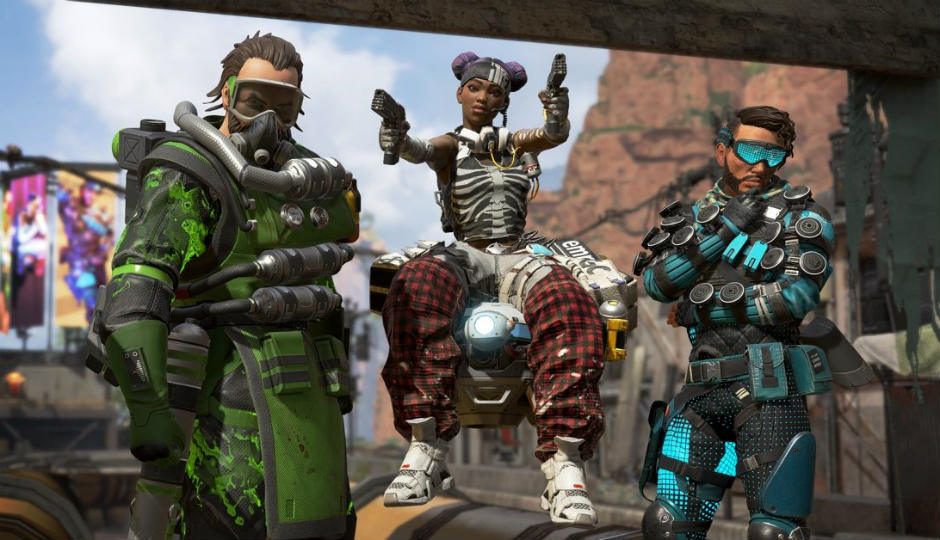 In 72-hours of its release, the game already has 10 million players. The game is set in the Titanfall universe.

PUBG and Fortnite, watchout. There is a new Battle Royale player in town. Developed by Respawn and published by EA, Apex Legends is a Battle Royale game set in the Titanfall universe. Just like Overwatch, the game features “hero” characters for you to choose from but the core gameplay is similar to that found on PUBG and Fortnite. The game is free to play and available on PC, Xbox One and PS4. There is no mobile version of the game which is a bummer. Not having a mobile version means that the game may not be able to make as big a splash in a country like India where mobile gaming is dominant and PUBG is all the rage.

Vince Zampella, one of the founders of Respawn Entertainment said on EA’s blog, “In 72 hours, over 10 million players have jumped into Apex Legends and we’ve breached 1 million concurrent players! This has been a truly incredible journey. We tested and tweaked. We argued and agreed. We got to a point where we felt some magic. We knew it would be risky to take the franchise in this direction, to go free to play, and do a surprise launch. But we fell in love with Apex Legends and wanted, needed, other people to play it too.”

There was no rumour or information about the game until it launched. Respawn Entertainment has made Titanfall and Titanfall 2 which have been great online multiplayer games. When it comes to online gaming, the team at Respawn knows what they are doing. How they change the Battle Royale genre is something only time will tell.

Respawn Entertainment is also working on a Star Wars game expected to launch in 2019.