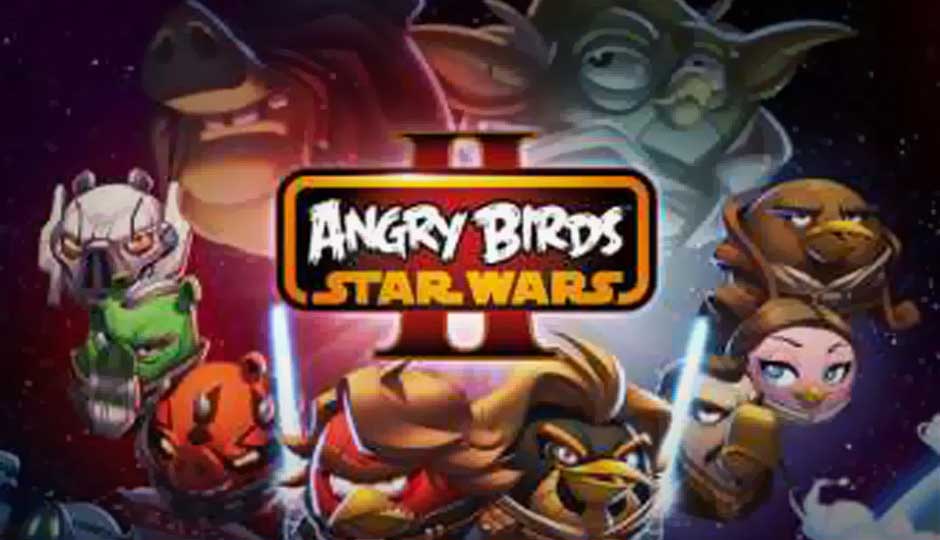 The game very much like its predecessor, combines the unique action of of Angry Birds and blends in really well with the mythology of Star Wars. "Angry Birds Star Wars II combines the rich worlds of both Angry Birds and Star Wars in a unique way featuring fan favorite characters from both the dark and light side of the Force," Jami Laes, EVP of games at Rovio, said in a statement. "We've heavily invested in the longevity of the franchise and have great updates already lined up for the coming months."

There are a whopping 30 new characters introduced in the flagship sequel of Angry Birds. You can choose the likes of Yoda, a young Anakin Skywalker, General Grevious and even the infamous Jar Jar Binks.

The game draws influence from The Phantom Menace, Attack of the Clones, and Revenge of the Sith which form the basis of the game. In this version, users can switch characters at any time - an impressive feature introduced that will add to the gameplay experience. With the successful launch of the app, Rovio has brought some really nice updates to other Angry Birds titles as well.

Other new features introduced include the ability to throw light-sabers into the air to destroy obstacles coming your way. You can even play as the pigs and join their empire called "the Pork Side". This should be an exciting addition as players can switch between rival sides. The Angry Bird website has received 150,000 votes, where around 62 percent chose the Rebellion, with just a mere 38 percent opting for the Empire. Toy versions of Angry Birds Star Wars characters are also available that can interact with the game using Hasbro’s new Telepods device.

The game was launched for iOS, Android and Windows Phone on September 19.