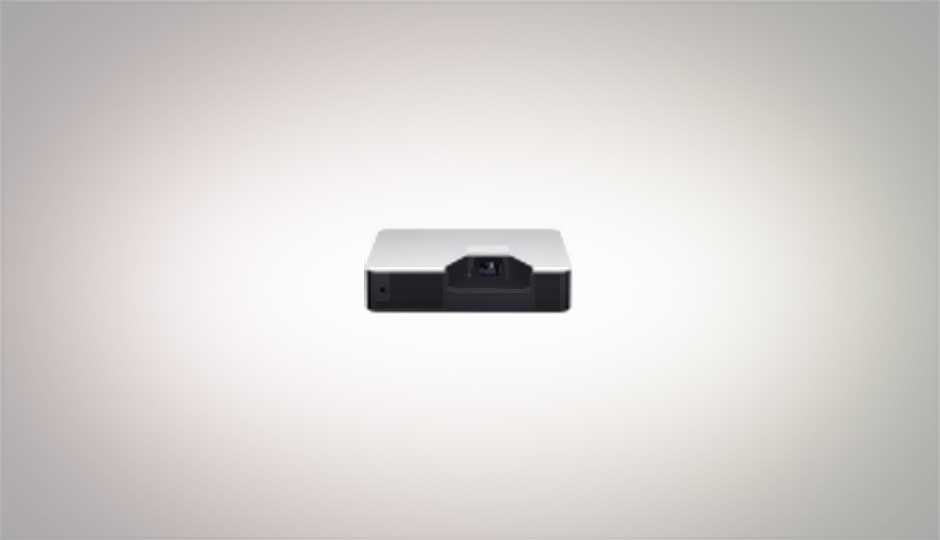 CASIO India has today officially unveiled the world's first eco-friendly 3D LED projectors in India. The new projectors use a mercury-free semi-conductor light source and provide high brightness levels up to 3,500 ANSI lumens, which is its main USP. Based on the target consumer segment and the component features, the new projector series is broadly classified into three types namely: Short Throw, Pro and Standard models.

Speaking on this occasion, Mr. M. Naka, Managing Director, Casio India briefly explained that the new range of projectors were aimed at revolutionizing the Indian market with innovative features like 3D projection of images with stereoscopic glasses, use of interactive pointing device in presentations, which doubles up as a remote controller featuring mouse operations as well as the ability to write on the projection screen with it.

[RELATED_ARTICLE]Immediately following Mr.M. Naka's speech, Mr. Kulbhushan Seth, Head of Sales and Marketing, Casio India briefed us about the eco-friendly concept behind the design of the new projectors , which use semi-conductor light-source in place of the conventional mercury lamps to eliminate the release of toxic elements into the environment. He further added that the launch is mainly targeted at the education and corporate sector for interactive classroom learning such as the mathematics teaching tools to explain the concept graphically or with illustrations to bring out better understanding among the students. Also, he revealed about company's plans to have regular correspondence with teachers and professors across the globe to regularly update and customize the tutorial content for the students benefit.

As part of the demonstration, CASIO further revealed the core technologies behind its new range of products, which are as below.
a) Digital technology: ranging from digital watches to cameras, which form CASIO's largest market share among the products it manufactures.
b) Energy efficiency: CASIO aims at offering less power consuming products with greater performance to its consumers.
c) Miniaturization: increase portability and improve usability by decreasing the product size.
d) Superior usability: provide customizable options depending on target customer needs.
e) Durability and toughness: make products that can withstand environmental effects like heat and rain with water proof and thermal proof gadgets.

CASIO aims to provide technologically advanced features to the masses by replacing the conventional mercury lamps with laser & LED hybrid light sources. Thereby, it intends to overcome the 200 to 400 lumens brightness limitations with the conventional LED projectors. Also, the lack of crispness with Blue and Red colours on existing LED projectors while increasing the brightness levels can be overcome by passing the Blue light through phosphor. This in turn enables you to get better colour balance without compromising on the optimum brightness levels. Another advantage with the new technology is the long lamp-life of about 20,000 hours opposed to the normal LEDs producing just 2,000 hours. The other benefit of implementing the hybrid technology includes quick start functionality, which enables you to get full brightness levels within 5 seconds of turning on the projector with no cooling down process.

Read on to know more about the three new models which were announced in the launch...

Let us briefly take a look at the three new models which were part of the launch below:

The standard model belongs to the mainstream category with mercury-free light source, that is rated to deliver brightness levels up to 3,000 ANSI lumens. The contrast ratio is around 1800 : 1, which effectively eliminates any competition from the conventional projectors whose contrast ratios are less than 400 : 1. The other notable addition is that these projectors support stereoscopic 3D content with the use of 3D goggles.

As the standard model supports USB 2.0, you could wirelessly connect to the computers over the LAN and project presentation slides from multiple computers on a single projection screen. In addition, the use of MobiShow app allows you to connect to an iPhone wirelessly and project images and video from it. Also, you could access data directly from an USB drive, which eliminates the need for a computer. CASIO has increased the usability factor by equipping the projectors with HDMI, S-Video and audio ports, which support high-resolution image projection with wide range of audio connectivity options including component audio. The standard series projectors are priced between Rs. 66,995 to Rs. 99,995.

The Pro models are rated to provide a maximum brightness level of up to 3,500 ANSI lumens and are mercury-free. Thus, they can deliver a large screen projection up to 60-inches as well as high image clarity even in brightly lit rooms, which makes them ideal for conference rooms. This model comes with a 10W monoaural speaker with powerful sound output in spite of not using any amplifier. Thus, it removes the need to use an external speaker for an audio presentation. It adds support for WLAN, USB 2.0, MobiShow and 3D content similar to the standard version. It also includes support for HDMI and composite video interfaces. The Pro models are priced between Rs. 1,19,995 to Rs. 1,34,995.

[RELATED_ARTICLE]The Short Throw series are capable of up to 3,000 ANSI lumens brightness levels with classroom style applications and hence makes it ideal for teaching. It supports projection of images up to 60-inches at a distance of 80cm from the screen. Hence, reduces the possibility of the light source distracting the viewer's eyes while watching the presentation and enhances the user comfort. Also, the projection screen can double up as an electronic blackboard with mouse operations and also support writing on it using the interactive pointing device. The other significant feature is its ability to convert 2D into 3D images using the Casio 3D Converter software, while also supporting high-resolution 3D content projection. Adding support for MobiShow, WLAN and USB 2.0, the Short Throw projectors are ideal for corporate world as well. This model also includes support for a wide range of interfaces including HDMI and the addition of 10W monoaural speaker makes it suitable for watching movies without the use of external speakers. You could get maximum brightness levels on the projection screen within five seconds of turning on the projector and no cooling period required before turning off. In addition, manual focus and vertical keystone functions allow you to fine tune the image quality by correcting image distortions in the upper 30 degree range. Thus, you could optimize the projector positioning based on its distance from the screen.