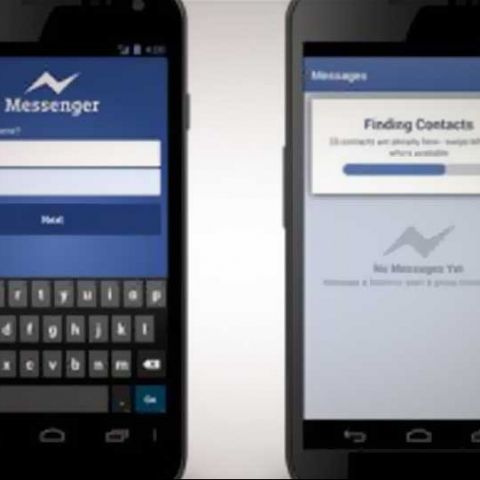 Not very recently had we heard rumors about Facebook looking to buy the popular cross-platform messaging app, Whatsapp. However, what has transpired is even more interesting. Facebook has released an update for the Android version of the Messenger application. With this update, users now have the option of signing in with just their phone number, and start chatting with friends in their contacts list.

This is pretty much reminiscent of how users sign-up for the Whatsapp messenger service. Facebook says that this feature is currently limited to Android phones, and all phones and Android versions will get this update over the coming weeks. What you will need is a valid mobile number, and sign-in with that. Once done, the application will search your phone’s contacts list and list all contacts who currently use the Facebook or the Facebook Messenger service. For those of you who don’t have or don’t regularly use a Facebook account, this must surely be great news.

With this update, it is clear that Facebook does not want Messenger to remain just another chat application. It would have been interesting to see how Whatsapp would have developed had Facebook bought it, but now, we could see a two-way battle brewing. If Facebook can get this feature across all smartphone platforms, then Whatsapp will have to pull something out of the hat to differentiate its service. For the moment, anyone of you who is a bit finicky about what data Facebook is tapping from your account, can avoid signing in!