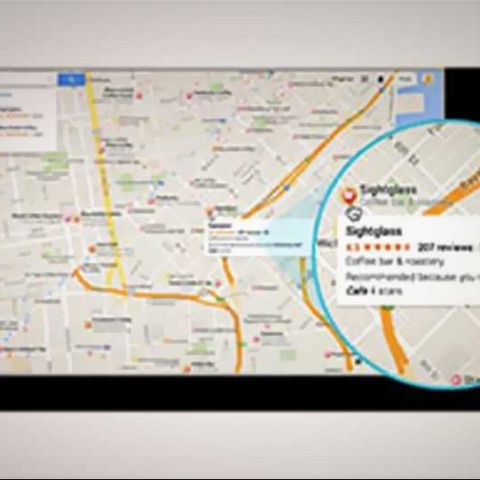 Google has rolled out the latest version of Maps for all users worldwide after working in pre-view mode for nearly a year. The new interface is more streamlined and offers smart route navigation, better integration of search results as well as easier access to picture galleries.

The search giant has included several new features including search results embedded right into the maps. The results will include the business name, along with its rating, reviews, price guide and much more.

The navigation system will now include real-time traffic reports and previews of the destination using Street View graphics. Different routes for car, bike, public transportation, or pedestrians are all shown, with complete time estimates, on the same screen.

Street View has also been expanded to include more user-submitted photos, giving you access to places where Street View cameras have not reached yet. In the Street View mode, a user willl now see a "carousel" of images at the bottom of the screen that can be searched through. The new Google Maps interface will be rolled out for everyone over the next few weeks.

Google has rolled out a new update for Google Maps (for Android and iOS) that alerts its users when a faster route becomes available. The update is part of a technology of crowd sourced mobile app Waze, that Google acquired last year for $966 million. Google has added the ability to receive real-time traffic information from Waze users on its Maps and used Waze’s navigation data to help improve it's step-by-step direction cards while using Street View imagery.