Google Now has finally landed on the Apple App Store. 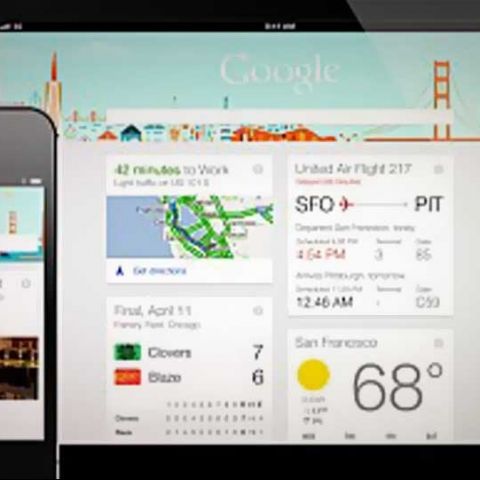 After the “some of them they approve and some of them they don’t” comments by Google Chairman Eric Schmidt about a month back, Google’s updated Search app has landed on the Apple App Store. This app brings the Now feature to iOS devices. This is Google’s attempt at taking on Apple’s own assistant, SIRI, in its own backyard. The Now service is available with the latest Google Search app, and will be compatible with the iPhone and the iPad running iOS 5 or later.

This is the first time Google Now is available on a platform other than their own smartphone operating system, Android. The release details state, “Google Now is about giving you just the right information at just the right time. It can show you the day’s weather as you get dressed in the morning, or alert you that there’s heavy traffic between you and your butterfly-inducing date—so you’d better leave now! It can also share news updates on a story you’ve been following, remind you to leave for the airport so you can make your flight and much more. There’s no digging required: cards appear at the moment you need them most—and the more you use Google Now, the more you get out of it.”

This has been seen as a clear attempt by Google to wean users away from Apple’s SIRI assistant. And this surely rides on the success the company had when it effectively captured the iOS user base and had them shift to Google Maps after the Apple Maps disaster. However, this is pretty much the case of two sides of the coin. While it is all good and show-off-ish to take on Apple at their own game, there is a sentiment that current Android users might get a tad cheesed off. A huge number of Android smartphones out there are currently not compatible with the Google Now service, for some reason or the other. But, the same feature will be available on older iPhones as well, basically any device running iOS 5 or later.

We would like to hear from you if you are an Android user – which phone are you using and do you have Now on that? If you do, do you regularly use it? If you are an iPhone user, we would like to know if you have experienced Now on your device and whether it appeals enough to make you shift from SIRI. Also read, iOS 6's Siri vs. Jelly Bean's Google Now voice-recognition.

Google Now can be downloaded from the App Store.