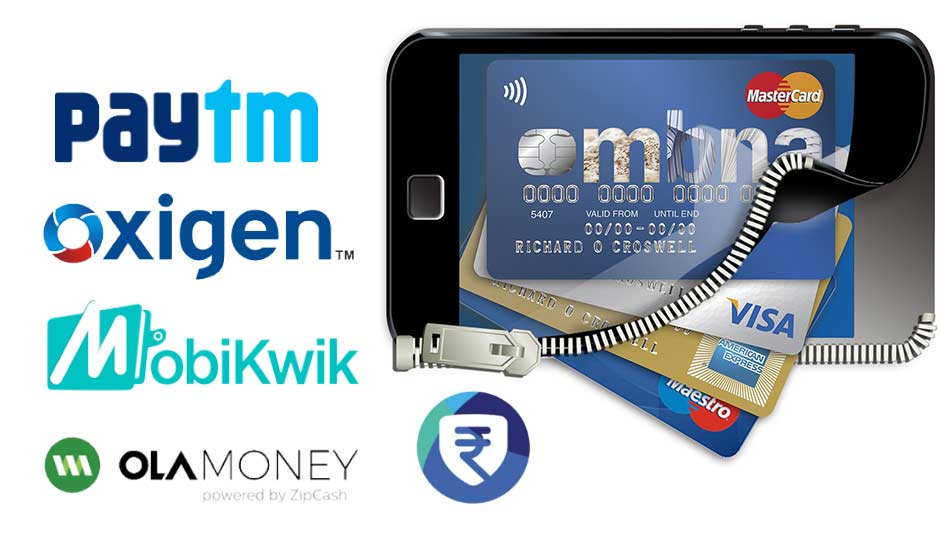 Digital wallets like PayTM, Freecharge and MobiKwik have been beating their own drum since the government announced its demonitisation drive, scrapping Rs. 500 and Rs. 1000 currency notes. It was very believable when mobile wallets suddenly started recording an unprecedented surge in transactions and new user signups. PayTM, the largest mobile payments platform recently recorded a 250% growth in the number of transactions and transaction volumes. The company also reported a whopping 1000% growth in money added to its wallet, and 400% growth in transaction values of offline payments. Furthermore, PayTM seems to be registering 32.5 lakh transactions worth Rs 60 crores daily and including non-wallet transactions, the company says that it registers more than 50 lakh transactions worth Rs. 100 crore everyday.

However, recently released RBI data paints a different picture. As per the financial regulator’s numbers, the first 4 days in December saw approximately 25 lakh transactions worth Rs. 60 crore made from not one, but a total of 8 mobile wallets and payment services. According to RBI, the month of November saw a total transactional value of Rs. 1,320 crore paid through all of the 8 mobile wallets cumulatively. The numbers certainly don't add up with those posted by digital wallets.

Apart from PayTM, others such as Mobikwik and Freecharge have also reported inflated growth numbers following the demonitisation. Freecharge reported a 12-fold jump in wallet balance whereas Mobikwik clocked an 18-fold increase in transactional values. Days after the demonitisation took effect, MobiKwik Co-founder, Upasana Taku told Digit, “With this policy change, we expect a 10X impact - we expect to easily hit $10 billion in payments volume by 2017. Indian users do a trillion US dollars’ worth of payments annually, off which more than 90% are in cash. We were earlier trending to process $1 bln payments by 2017."

On the other hand, PayU India Chief Executive, Amrish Rau, told Economic Times that only credit and debit card transactions have been seeing “real growth” and that for mobile wallets “its generally been difficult.” Demonitisation has obviously given mobile wallets a chance to get ahead in the mobile payments game, but it seems like in their rush to gain momentum, they might have been too eager to post bloated growth numbers. The real test of the popularity of mobile wallets will come once cash returns in the economy, but that is easily 5-6 months away from happening.