Apple has paid over $70 billion to app developers since 2008 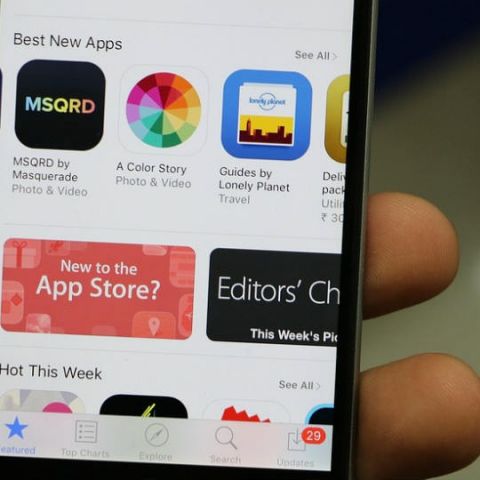 Ahead of WWDC, Apple has announced that it has paid over $70 billion to its App Store developers. Apple debuted App Store in 2008, as a centralised way to deliver third-party apps to iPhone users. The company also says its App Store downloads have grown by over 70 percent in the past 12 months alone.

The Cupertino-based iPhone maker splits app revenue in a 70:30 ratio with developers by keeping 30 percent of the purchase price. However, the company altered that model last year with a plan to pay back more to the developers. If an app is sold as a subscription, Apple decided to split revenues in an 85:15 ratio after the first year. The move meant that subscription-based apps like Netflix and Hulu got to take home a larger share of the money, if their customers stick to the service after the first year. Apple noted that the App Store's active paid subscriptions saw a growth of 58 percent year over year.

"People everywhere love apps and our customers are downloading them in record numbers," stated Philip Schiller, Apple's Senior VP of Worldwide Marketing. "Seventy billion dollars earned by developers is simply mind-blowing. We are amazed at all of the great new apps our developers create and can't wait to see them again next week at our Worldwide Developers Conference," he added.

Apple claims that Pokemon Go and Super Mario Run have been breakout hits on the App Store. The apps were first introduced for iOS before being made available on Android as well. It also revealed that Gaming and Entertainment have been its top-grossing categories, while Lifestyle, as well as Health and Fitness apps, have grown 70 percent in the past year. At nearly 90 percent, the Photo and Video category is also said to be among the fastest growing categories on the app store.

While hardware sales continue to be a major revenue driver for Apple, its services business still generate several billion dollars in the past few quarters. With the App Store growing further, the company's services business is expected to register further growth. At WWDC next week, Apple is expected to introduce next versions of iOS, macOS, watchOS and tvOS, alongside a new device called the Siri speaker, updated MacBooks, and a 10.5-inch iPad Pro.