How to create sample codes for Video 3D on Android 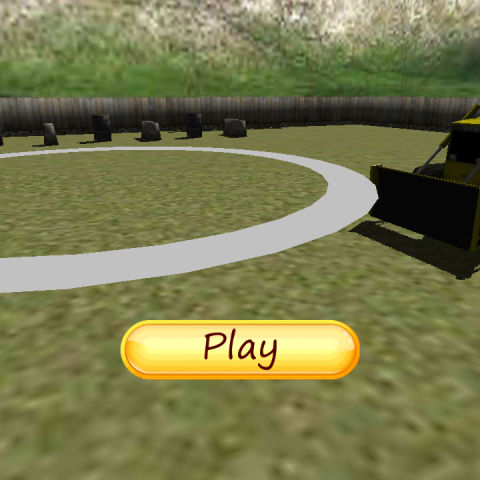 Three implementation challenges had to be overcome for this app:

This app also challenges the device capabilities since it forces the video and graphic objects to work at the same time. This paper will introduce the features and usage of this app, and then describe the design briefly.

This app has the following features:

Note: There is no video session control; so the user can’t stop, fast forward, or rewind the video. If the app is pushed to the background or stopped, the video can only be played from the beginning.

The app doesn’t include any video, so the user can choose any video clips supported by the Android platform. But it is recommended to use a video clip with the H.264AVC codec in a MPEG-4 container because this was the format tested during the development. When the app is launched for the first time, the file chooser screen will display (see the screen shot on the previous page).

Once the user selects the preferred file chooser, onscreen directions are given. After a video clip is selected, playback will start.
Note: Sometimes it takes a while before the video starts—about 5~10 seconds.

The app starts with the normal mode. To change modes, the user clicks the options button on the UI to launch the options menu.

The options menu has four choices: the first three are options of play mode; the last option allows the user to select different video clips.

This selection causes the surface that renders the video to spin randomly with a 3D effect along the horizontal and the vertical axis. It also casts a reddish color on the screen periodically.

In the touch spin mode, the user can sweep left or right to let the surface spin along the vertical axis left or right. The spin accelerates with a faster sweep and decelerates naturally when the user stops sweeping.

The three major components in this app are: the UI component to give the user an interactive presentation of the app; the video component to do the video playback; theOpenGL* surface to render the video frame buffer and create a 3D effect when in the special mode.

The video playback component has two threads. The video engine thread uses the MediaCodec class. This class was introduced in the Android JellyBean release (API 16). It exposes the low-level API of the Android media framework, so that the playback can be controlled at the frame level. On each video frame, the graphic component can hold the image data and change the way the image is being rendered.

The playback component also implemented an audio engine thread that plays the audio track of the video clips. To synchronize the video and audio threads so that the lips of the characters match the voice when they speak, the AV sync algorithm is implemented. The video playback always compares its time stamp with the audio time stamp. It will tweak the playback pace so that the video frame never exceeds the time limitation of 30 milliseconds.