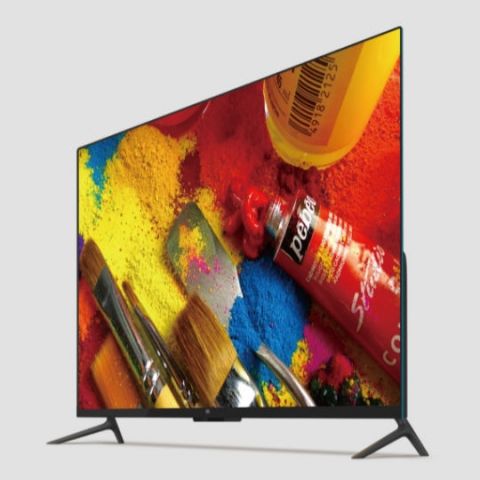 Xiaomi has announced the launch of its Mi LED Smart TV 4 in India. The TV is priced at 39,999 and the first flash sale will take place on Feb 22 at 2PM on Flipkart and Mi.com. Before you go ahead and buy the TV, here's everything you need to know about the new budget 4K HDR television.

Xiaomi is a company that’s known to deliver great products at affordable prices. The company has announced the launch of its Mi LED Smart TV 4 in India. The smart TV is priced at Rs 39,999. We know that you have a lot of burning questions about the budget 4K HDR TV and we will do our best to answer them all.

Where can I buy the Mi LED Smart TV 4?

What is the price of the Xiaomi Mi LED Smart TV 4?

What screen sizes is the TV available in and why did Xiaomi not launch more screen size variants?

The TV is available only in a 55-inch scree-size in India. Xiaomi says that 55-inch is the sweet spot for the best experience and a great value for money proposition. If the company were to launch the 65-inch variant in India, it would cost significantly more than the 55-inch variant.

Does the Mi LED Smart TV 4 comes with a sound bar?

No. The Mi LED Smart TV 4 does not come with a sound bar. It has two down firing speakers.

What are the connectivity options on the Mi LED Smart TV 4?

The Mi LED Smart TV 4 has 3 HDMI inputs of which one works for ARC. (Audio Return Channel). If you have a home theatre that supports HDMI ARC, then this will be a very useful feature for you. The TV also has two USB ports, one of which is USB 2.0 and the other is USB 3.0. It also has an ethernet port, AV input and good old antenna connection as well. In addition, supports Wi-Fi, DLNA to connect your NAS drive and Bluetooth 4.0 to connect Bluetooth enabled speakers. The TV also has an S/PDIF port. It does not have a 3.5mm output or RCA output for audio.

Does the Mi LED Smart TV 4 support 4K? What HDR formats does it support?

The Mi LED Smart TV 4 supports 4K along with HDR 10. Xiaomi says that since a lot of content is available for HDR 10 compared to Dolby Vision, the company will continue to support HDR 10. If the consumer demand goes high, then Xiaomi may decide to support Dolby vision too.

What is the refresh rate of the TV?

What panel does the Mi LED Smart TV 4 have?

The Mi LED Smart TV 4 has a 55-inch 10-bit VA panel from Samsung. Xiaomi claims that it is the best panel that Samsung makes with a response rate of 8ms. Xiaomi has only launched the 55-inch variant in India, but for those interested, the 49-inch variant of the TV is available in China and sports an LG IPS panel.

Does the TV run on Android?

How does the PatchWall UI work on the TV?

The PatchWall UI puts content in the centre. So, you don’t need to navigate to an app to start watching content. It also has the ability to integrate content from your DTH service provider in the UI. Xiaomi says that the TV is compatible with about 3500 DTH and set-top box service providers in India. When the DTH box is integrated, the channels and the content available on those channels is seamlessly integrated into the OS. It can even be searched for directly from the TV's search bar.

The PatchWall OS will provide content in 15 languages (14 Indan languages and English). A handful of content partners will have their content as a part of PatchWall including services like Sony Liv, Hotstar, Voot, Hungama and more. Xiaomi says that Amazon Prime should be coming soon and they are in talks with Netflix, although there is no information about when Netflix will make its way to PatchWall. If you side load the Netflix app on the TV, it won’t work.

As of now, No. Xiaomi is working towards bringing it to the TV. If you watch comedy movies and your mom watches soap opera, then expect a mix of recommendations when you watch the TV until profiles are enabled.

Is there Netflix on the TV?

No. As mentioned before, Xiaomi says that they are in talks with Netflix. There is no further information about when Netflix will make its way to the Mi TV 4. If you side load the Netflix app on the TV, it won’t work.

Is there voice search on the TV?

Voice search is available on Xiaomi TVs in China only as of now. The company says that it is working on bringing voice capabilities to India. The Mi TV remote doesn’t support voice controls. However, once the service launches in India, you will be able to use it via the Mi TV remote app on your smartphone.

What about warranty and support for the TV?

Does the TV have an app store?

No. The TV doesn’t have an app store in India. Xiaomi TVs selling in China have an app store. Xiaomi is working on the best way to get app access to their customers. The company says that you can side load any Android APK on the TV and it should work.

How many set top boxes are compatible with the PatchWall OS?

As of now Xiaomi says that 3500 DTH and set-top box service providers pan India are supported. Building support for a new set-top box is not difficult for the company.

How often will Xiaomi update the list of content providers? How can I implement the update on my TV?

Xiaomi says that you can expect frequent updates to the Mi LED Smart TV 4. There is no need for a manual process to update the TV. As long as it is connected to the internet, it will update automatically and when you switch on the TV, you will see the updated version of the UI. For example, if Xiaomi adds Hotstar support for the TV tonight and your TV was connected to the Internet, when you switch on the TV tomorrow morning, you will see content from Hotstar on PatchWall.

Can I side load Android APKs in the TV?

Yes, you can. Xiaomi says that Android apps should be compatible with the TV.

How thin is the TV?

The TV is 4.9mm thin at the top. The bottom where the ports and internals are housed is about 38mm thin.

Can I wall mount the TV?

Yes, you can wall mount the TV.

Can I connect my Bluetooth headphones to the Mi TV 4?

Yes, you can. The TV supports Bluetooth 4.0. You can also connect the TV to your Bluetooth enabled speakers if you like.

You can check out our first impressions and features overview of the Mi LED Smart TV 4 here.