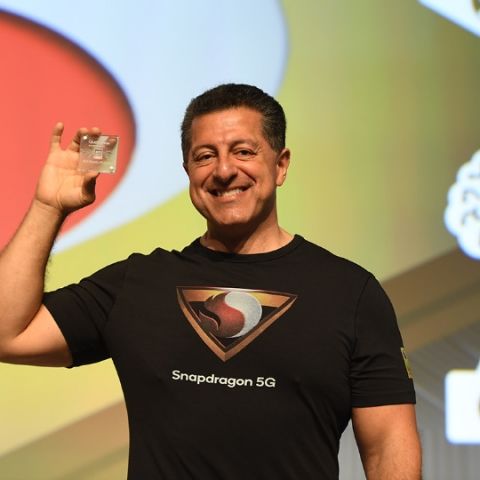 The first taste of commercial 5G will come via smartphones, particularly the ones powered by the Snapdragon 855, but is India ready for it?

A global transition to 5G networks will finally commence by 2019. At its annual summit in Maui, Hawaii, Qualcomm outlined the roadmap of the next-generation wireless technology. “A new decade of wireless is here… Now,” Penny Baldwin, Qualcomm’s Chief Marketing Officer announced at the beginning of the keynote address on Day 1 and the newly announced Snapdragon 855 will be a key driver of the adoption of 5G. While Qualcomm refrained from revealing the technical details of it’s newest flagship chipset for mobiles, it left no stone unturned to convince 350 odd journalists the company has invited for the Summit, that 5G is indeed right around the corner.

US network carriers AT&T and Verizon even had a working 5G connection setup at the Grand Wailea hotel where the event is being hosted, demonstrating multiple use-cases of the next-gen wireless technology. While the speeds in action weren’t as much as promised, both carriers showed video demos of their ongoing 5G testing, indicating the United States is just months away from enjoying commercial 5G network. 5G in itself promises to transform the world. Key stakeholders believe the wireless technology will bring multi-gigabit speeds and ultra-low latencies, which could open the world up to a host of new opportunities. Qualcomm President Cristiano Amon even said 5G will be treated as basic infrastructure, much like electricity. Such will be the importance of the tech.

While the infrastructure vendors like Ericsson,  Nokia, and the likes will be supplying the network hardware to the carriers, the first taste of commercial 5G will come via smartphones, particularly the ones powered by the Qualcomm Snapdragon 855.

Samsung showed off a prototype 5G device and claimed on stage that the company will be one of the first to bring 5G-ready smartphones to market in 2019 which will run on Verizon’s 5G network. Motorola too was present in the demo zone with its 5G-ready Moto Mod for the Moto Z3. The flagship smartphone never made it to India but will run on AT&T’s  5G networks in the United States. Similarly, Amon named 20 OEMs who have committed to making 5G-ready devices in 2019 — Asus, Google, HMD, Fujitsu, LG, Motorola, OnePlus, HTC, Oppo, Vivo, Sony, Xiaomi, and most other major smartphone makers will come out with devices that can run on a 5G network. 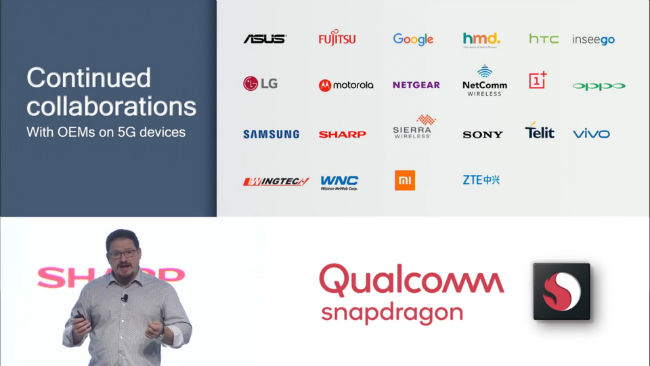 Interestingly, missing from the list is Apple. It seems every major Android device maker will have a 5G device in 2019, save for Apple, which could give Android the first mover advantage in markets where 5G will become a reality. A new report by Bloomberg claims that Apple will reportedly stick to LTE speeds in the 2019 iPhones and wait till 2020 to embrace 5G.

The Snapdragon 855 will be integrated with the X50 5G Modem to deliver the 5G speeds. The XR 50 is a multi-radio modem that will rely on both mmWave frequencies and sub-6GHz frequencies to deliver multi-gigabit speeds. Smartphones powered by the flagship processor will also rock up to four mmWave and sub-6 GHz 5G antennas for uninterrupted network reception. mmWave (pronounced millimetre waves) are high-frequency radio bands of 30GHz and above that will be responsible for the high-speed, low-latency network while the sub-6GHz radio frequency will be responsible for broader coverage. 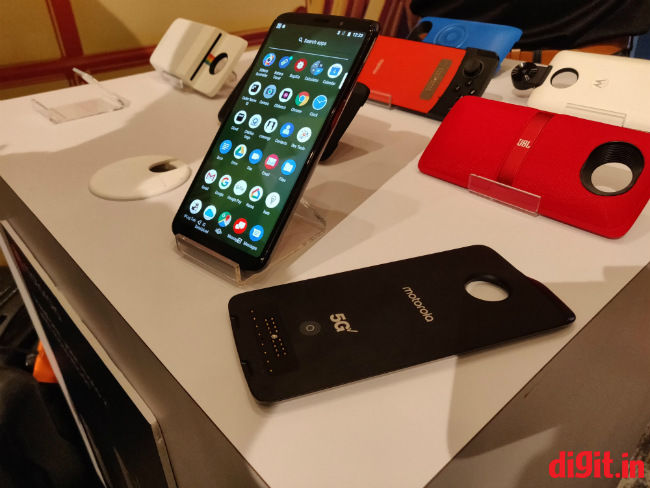 Qualcomm also used the learnings from the 4G deployment in the past and worked on improving battery and thermal efficiency in the X50 modem keeping mobile devices in mind. Amon said other challenges like size constraints and radio frequencies were also kept in mind while designing the modem. Qualcomm even has a reference design incorporating all the aspects of 5G connectivity, including the challenges, which should make the job easier for OEMs to manufacture 5G-ready devices at scale.

5G networks will go live almost simultaneously across the world

Even with a working 5G modem, smartphones can do little if the networks don’t support it. However, unlike the phased nature of 4G deployment, Qualcomm showed that with 5G, the world is moving forward together. Key regions like Europe, China, South Korea, Japan and Australia are in the late stages of 5G deployment. Save for China and Australia, all the other region will rely on both mmWave and sub-6 to deliver 5G speeds. 5G deployment is cut out in two ways — Standalone and Non-standalone. While standalone means setting up new base stations, non-standalone is cost-effective in the sense that they can be deployed on top of existing 4G network infrastructure. Suffice to say, countries will first rely on the latter for faster deployment.

The reason why the network operators are racing to deploy 5G is because of the higher capacity that 5G networks will bring to the table in comparison to 4G LTE devices. For example, 5G will bring higher average data speeds.

“There’s a huge capacity increase coming in with 5G, compared to where we are with 4G. This capacity increase is because of all the new technologies, whether it’s massive MIMO, or beam-forming techniques and millimetre wave, the capacity of the networks tend to be very high,” Durga Malladi, Senior Vice President and GM, 4G/5G at Qualcomm said at a media roundtable.

In video demos showed by US’ AT&T and Verizon alongside UK’s EE (now part of British Telecom), testing is almost complete and carriers are now able to achieve the promised multi-gigabit speeds and ultra-low latencies of 10ms. Interestingly, the 5G network on display in the venue was nowhere close to the speeds promised, as The Verge reported. But that’s only because it was using a single 39MHz millimeter wave relying on just 100Mhz of the spectrum, which Ericsson (the vendor behind the hardware at the event) said, wasn’t properly optimised for commercial use.

Curiously missing from the map of the countries that will be 5G-ready was India, the world’s second largest smartphone market. Part of the reason is that India's telecom providers don't have the necessary spectrum to deploy 5G. 5G spectrum auctions are due to happen sometime in the second half of 2019 or early 2020.

“Qualcomm has been quite active in terms of engaging both the ministry of telecom and the regulators, educating them in what can be done. First thing in that education process is the talk of how rich the ecosystem is. Quite a few of the devices with 5G support will be there in India. Similarly, the same infrastructure vendor that’s there in the rest of the world is there in India as well. What is needed is the spectrum auctions and it’s good to do that in the bands that are consistent with the deployment which are occurring in the rest of the world,” Malladi said.

“The bands in question are the mid-bands, the 3.5Ghz band and the 26GHz millimetre wave bands are in consideration, as far as I know. These are the same bands that are being deployed in the rest of the world.” he added.

For now, only Reliance Jio’s network is ready to scale up to a 5G network. It’s the only all IP network, which is needed to deploy 5G in the non-standalone configuration. All it needs is the spectrum, and as such, the Mukesh Ambani owned company with over 220 million subscribers is in the best position to deploy 5G in India. Airtel too will be interested, according to a report by LiveMint. Meanwhile, Vodafone and Idea will likely focus on consolidating its existing 4G network before delving deep into 5G.

Even though the industry may not be ready for 5G, the government’s promise of smart cities, transformative healthcare and agriculture in the rural sectors, etc. will be relying on 5G heavily for success. With no dialogue whatsoever in the industry about the upcoming 5G revolution, India is not in the best place to spearhead the revolution.

Nevertheless, as Malladi mentioned, OEMs will not be stopping short of releasing 5G-ready devices in India. Let’s just hope that the onset of 5G-devices without the network to support for it will be a reason enough for Telcos to invest and the government to incentivise 5G rollout. Till then, the Snapdragon 855-powered devices will sport the new X24 LTE modem that can theoretically deliver peak download speeds of 2Gbps. Peak, being the keyword.

Disclaimer: Qualcomm paid for the author's travel and stay at Maui, Hawaii.

Airtel to take on Reliance JioMeet and Zoom with its own video conferencing app: Report

Use JioPOS Lite app to recharge other users and earn money: Here’s how 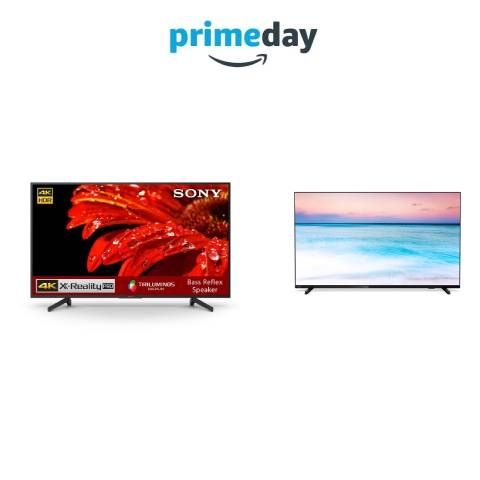 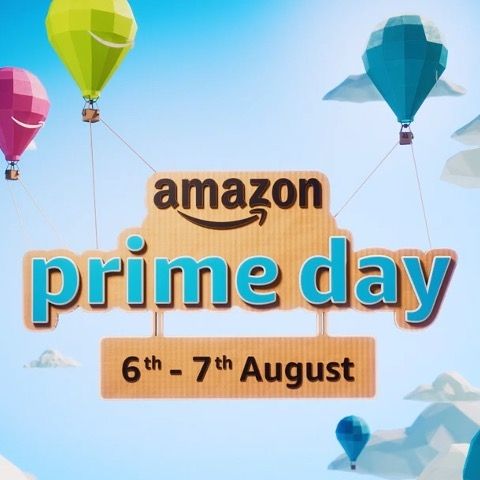 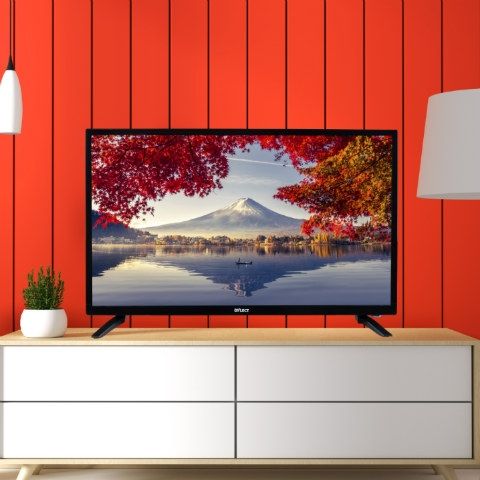 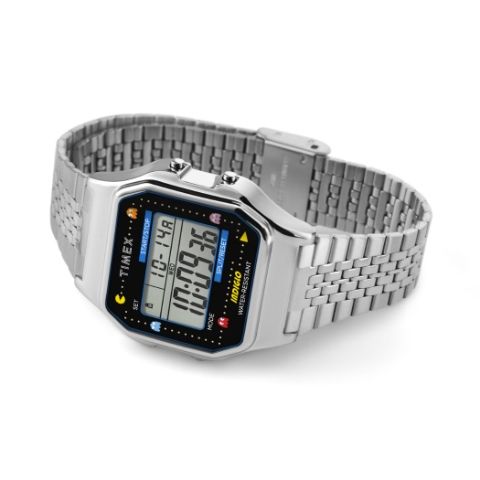 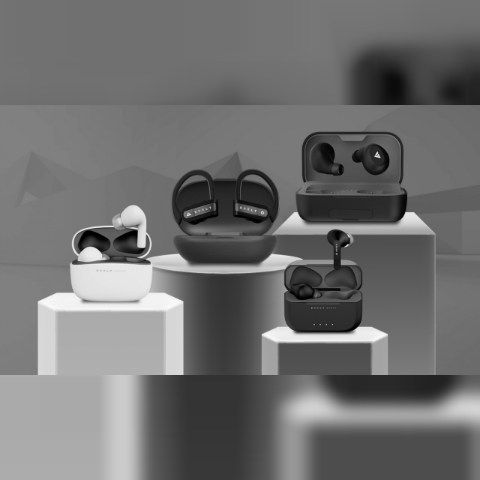