In the smartphone market today, there are a lot of phones that have some or the other claim on your pocket. There is seldom any phone though, which puts all its eggs in one basket. The ZTE Nubia Z9 Mini is one of those. It’s not that the phone doesn’t have the specs to impress, but the company focuses all its attention on the 16MP camera on the back, making everything else a footnote in its launch event.

The phone costs Rs. 16,499, pitting it against formidable competitors like the Asus Zenfone 2 and the Xiaomi Mi 4i. Incidentally, while the Xiaomi Mi 4i is without a doubt the best camera under 15k, the Zenfone 2 is trying hard to come as close as it can, with a new update that promises better camera quality. So, the question is, is ZTE’s camera really that good?

Before we begin, the album below is taken using the Samsung Galaxy S6, which without a doubt has the best camera in the market today. The idea is simple, the device that is closest to the Galaxy S6, wins. We already know from an earlier comparison that the Xiaomi Mi 4i comes quite close to the S6. Let’s see how the other two can do. The other albums signify various light conditions and images are marked by the name of the phone that took them.

Outdoor bright sunlight
This is what we call optimal light conditions, and all three smartphones find it easy to deal with these conditions. In fact, almost every smartphone today can deal with these conditions very easily. Inspecting the images though, it is clear that the Zenfone 2, even with its update, is far behind the other two devices. The image from the Zenfone 2 is subdued considering the light conditions, and the colours are just not right. 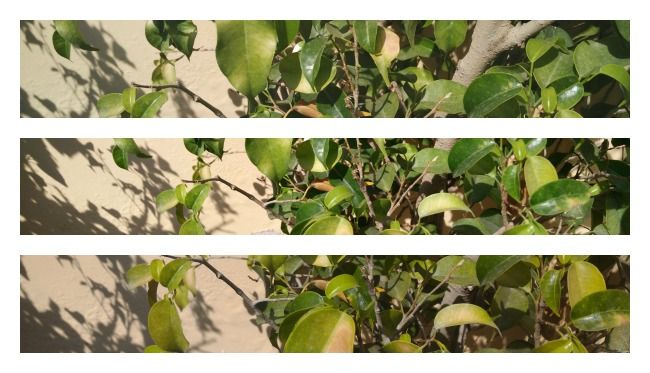 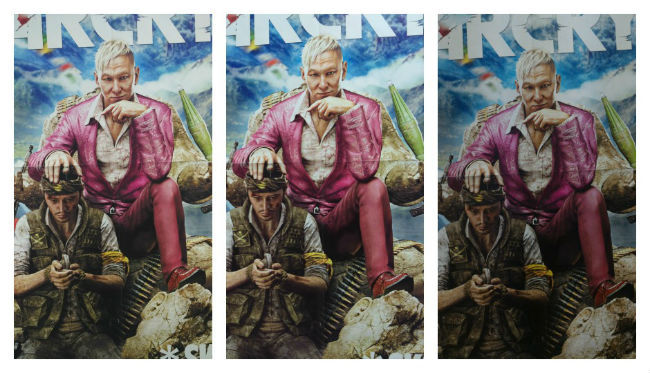 Again, the difference between the Mi 4i and Nubia Z9 Mini is small, but unlike the above situation, it comes down to personal choice here. The Mi 4i is more accurate in terms of the colours shown, while the Nubia Z9 Mini’s algorithms are aggressively softening the image. As a result, the skin tones are soft, while the Mi 4i is more true to source. 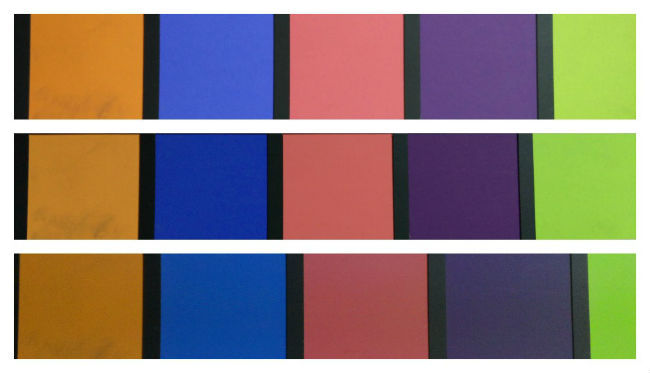 In the colour chart that you see in the galleries above, you'll find a hue over the colours on the top right, on every image, including the Galaxy S6. This is because none of the cameras can deal with the light placement in this situation, except the Nubia Z9 Mini, which if more effective than even the Galaxy S6 in this case. That said, the Nubia Z9 Mini's aggressive contrast algorithms are ruining the colours here, the blue that you see in the cropped image above is closest to being accurate in the Xiaomi Mi 4i, while the other two ruin the colours.

You have to decide which image you like, for us, we choose the Xiaomi Mi 4i for being true to its source.
Winner: Xiaomi Mi 4i

Studio Yellow light
Next up, the studio conditions, under yellow light. Look at the Samsung Galaxy S6’s image on the top of this article, you’ll find that the S6’s algorithms almost completely remove the effect of the yellow light. While some may like this, it’s not what you call being true to the source. The same happens in the Asus Zenfone 2 and Xiaomi Mi 4i, but to varying degrees. While the Mi 4i retains some of the effect, the Zenfone 2 again ends up subduing the image. 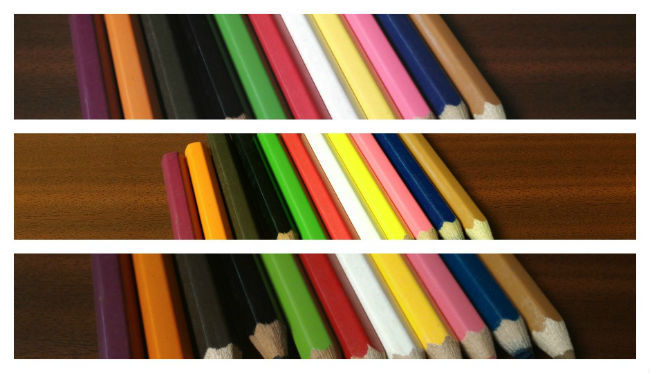 The ZTE Nubia Z9 Mini though shines in this situation, giving an image that is almost an exact replica of the real settings. You’ll notice that the yellow and white colours on the Mi 4i’s image are somewhat washed out, while the Z9 Mini represents the light being reflected accurately. You will also notice the yellow tone on the wooden table underneath, which is supposed to happen in such conditions, but is not being shown in the other three images.
It’s not difficult to choose a winner here, the ZTE Nubia Z9 Mini wins hands down.
Winner: ZTE Nubia Z9 Mini

Low light
If there’s one area where smartphone camera are still weak, even after all the technological advancements, it is low light. Between these three devices, the Asus Zenfone 2’s low light mode does well in terms of contrast, while the noise levels are high in both the Zenfone 2 and Mi 4i’s images. The Nubia Z9 Mini on the other hand lacks contrast, but provides a much more detailed image as compared to the other two.
Between the three of them, we tend to bend towards the Z9 Mini, because of the better detailed image. Personal choice may affect the decision for you.
A point to be noted here is that the Zenfone 2 struggles to focus at first, taking a few seconds longer than both the Mi 4i and the ZTE Nubia Z9 Mini.
Winner: ZTE Nubia Z9 Mini

Bottomline
As stated earlier, the idea was to get as close to the Galaxy S6 as possible. In our earlier comparison, the Xiaomi Mi 4i had come quite close, but with this one, it is evident that the ZTE Nubia Z9 Mini comes closer to the S6 than the others. In fact, the yellow light image taken by the Nubia can easily be considered better than the S6, if it wasn’t for the better details on the Galaxy S6. Overall, you can be quite sure that ZTE is putting its money where its mouth is and the Nubia Z9 Mini currently holds the best camera in the sub-20k price range. The Sony IMX234 sensor on the Nubia Z9 Mini is very close to the IMX 240 on the Samsung device, making the differences between the Galaxy S6 and Nubia Z9 Mini's cameras very small.