What you need to know about the Apple v. FBI case 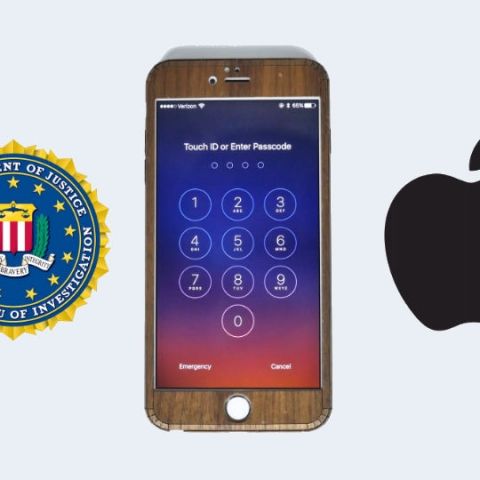 Have you shared Apple’s letter with your friends on Facebook yet? The world’s most valuable company dropped a bomb for its users yesterday. Apple swore to fight tooth and nail against the FBI, which wants the company to give it access to an iPhone involved in the San Bernardino shooting case. According to the letter addressing customers, Tim Cook conveyed to iPhone users that encryption is very important to Apple and the company doesn’t want to give access to the FBI, since it’ll eventually diminish the data security that comes with an iPhone.

Now, Mr. Cook makes a very valid point, but it’s important for you to know the whole story before just blindly sharing his letter on social media.

iPhone security
Data inside an iPhone is secured using a passcode of your choosing, and a hardware key for encryption. While your passcode is only as powerful as you choose it to be, security experts would tell you that it’s impossible to mess with encrypted data on an iPhone unless one has both the passcode and the key. In addition, iOS also has an option where it can erase all the data on an iPhone after 10 failed passcode attempts. This means that while theoretically it is possible for machines to brute force a passcode, the data would be erased after 10 failed attempts (a classic, old-fashioned style of security, dating back to Leonardo da Vinci). Furthermore, iOS also increases the time gap between two passcode attempts, after each incorrect passcode. This gap is not enough for humans to notice, but enough for machines to find it difficult in brute forcing an iPhone passcode.

What the FBI wants
The FBI wants Apple to make the iPhone in question (an iPhone 5C) open to brute force. The backdoor, that Mr. Cook talks about in his letter, is basically a way to modify iOS, so that the steps taken against brute forcing the passcode are removed. The FBI wants Apple to ensure that data isn’t deleted if the wrong passcode is entered too many times, and to ensure that the time between incorrect attempts do not increase. There are more requirements, but these are the two essential ones that we all are most concerned about.

The two sides of the coin
Security expert and CTO, Resilient Systems, Bruce Schneier, explains to The Washington Post that if Apple does this for one iPhone 5C, it’ll eventually be possible for all models of the iPhone 5C to house the same flaw. Schneier, though, mentions that Apple can do this on the device in question because it is an iPhone 5C, and it is essentially a security flaw in the device that allows what the FBI is asking. The same flaw was fixed by Apple in later devices.

Which brings us to Dan Guido, Co-Founder and CEO, Trail of Bits, an independent security company. He explains here that Apple can do what the FBI is asking, in a way that the solution only works for the iPhone in question. The FBI has also given Apple the option to do what it requires within Apple’s own campuses, presumably to give an option for the backdoor to never leak out.

Why are all tech CEOs supporting Apple?
In legal proceedings, there is a term called precedence, which means exactly what it does in English. If Apple does what the FBI is asking it to do, it’ll set precedence for the government to ask any technology firm to do this in future. It gives an authority the legal power to tell a company, “They did it, and you can too”.

While Apple, Google etc. may or may not care about your security, they do care about your money. Phones, especially iPhones, come with the promise of top-class security, which is a big reason why many executives choose iPhones. Encryption was one of the biggest reasons why BlackBerry devices were so useful for enterprises and governments. Technology firms do not want to give the government power to take this away from them.

Should you support Apple?
That’s actually entirely up to you. On the one hand, the FBI may soon have the legal authority to instruct Apple for what it’s asking now. The All Writs Act, 1789, states that a special sanction may be made present by law, giving way to special grants against sensitive subject matter. However, Apple isn’t wrong in denying the same under grounds of precedence. As Schneier puts it aptly, while the FBI sees it as a privacy v. security debate, the tech community is looking at it as a security v. surveillance debate. It’s up to you to choose your side.