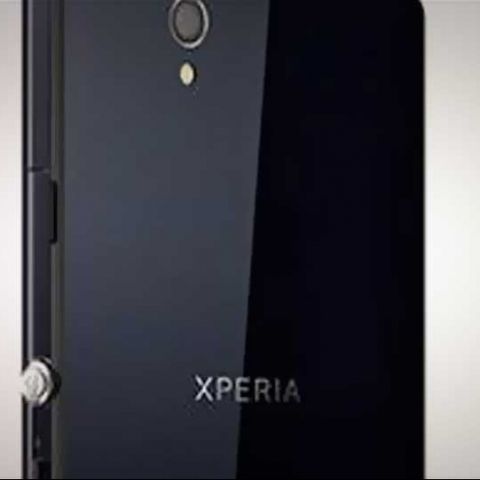 Despite considerable claims about performance and good picture quality, the Sony Xperia 2012 range had fairly disappointing cameras. Particularly with regards to low light performance. Which is why, when Sony claimed that the 13.1MP clicker on the Xperia Z is going to be one of the best, we took that claim with a pinch of salt. In order to clarify our own doubts, and also to bring you a true picture of where the Xperia Z’s camera stands, we have pit it against the clicker on the iPhone 5, and at certain points, with the very impressive camera on the BlackBerry Z10.

Sony has packed in a 13.1MP camera in the Xperia Z, shooting at 4128 x 3096 pixels. Sony is fairly vocal about the ‘fast-capture’ capabilities. This also has the Exmor RS sensor, which has the high dynamic range (HDR) feature and is meant to reduce noise in low-light images. There is the usual bunch of options are present – image and video stabilization, panorama mode and HDR mode. Sony has added the Superior Auto mode, which is pretty much a slightly simpler version of the standard Auto mode. HDR is also available during video recording and panorama shots, with the results varying from shot to shot.

The Apple iPhone 5 has an 8-megapixel iSight camera, which can also record 1080p HD videos. There is the Panaroma mode for those who like to capture a landscape in its entirety. HDR mode is available on the iPhone camera. Apart from that, the options and tweaks are fairly minimal. For those users who like tweaking the camera settings before clicking, there are a lot of third party apps to do that.

You can access the camera app on the Xperia Z in two ways – directly via the lock screen, or through the main application from the app drawer. Unlike the previous edition of Timescape where Camera and 3D Camera were separate apps, Sony has integrated the two this time, within one. Quick access to the camera from the lock screen, but it is a tad weird that most settings are unavailable in the camera when it accessed from here. Sony claims that this camera is ready to shoot very quickly, but we did notice that the iPhone 5 and the Z10’s cameras are ready quicker than the Xperia Z. The good part is that you get the touch to focus option, as well as the multi-focus setting in most modes.

We directly pitted the Xperia Z’s camera with that on the iPhone 5, in a series of like for like shots taken at the same time and the same location. Over the period of the testing, we have taken various similar shots on both devices, in an attempt to compare the two on as even a platform as possible.

This is the test of how well the camera can pull out details, while focusing on an object from very close. While cameras get the dedicated Macro lens for this purpose, the phone does not usually have that luxury.

The iPhone 5’s camera has a slightly warmer colour tone. And that helps give the red colour around the Liverpool emblem a brighter and richer look. There is slightly better exposure as well, and the ring around the emblem makes the picture look lively. Where the Xperia Z has the advantage is better detail when not zooming in. If you look notice carefully on the bottom and the right of the emblem, the wrinkles and the cloth texture is better reproduced by the Xperia Z. The iPhone 5 has very slightly more clarity than the Xperia Z when you zoom in and look at the text.

This is the test shot in a typical indoor scenario, with a generous amount of natural light coming in. At exactly the same distance from the scene, both cameras capture relatively the same area, but the Xperia Z, in HDR mode goes more close up.

When not zooming in, the image taken by the Xperia Z looks very satisfactory. The iPhone 5’s snap has a bit more colour richness, but the Xperia Z is more than acceptable in all circumstances. However, zoom in on the black and red Tissot logo blocks and you will see that the iPhone 5 picture is crisp and detailed, while the Xperia Z’s has now degraded considerably – soft focus and a bit of edge noise. While the BlackBerry Z10’s shot feels slightly less bright than the other two, it is by far the best in terms of crispness and clarity, when you zoom in.

This is where we take a picture of the laptop keyboard, placed at exactly the same angle to the little bit of light coming through from one side.

This is the close up picture of the keyboard of what is essentially a glossy black laptop. The Xperia Z captures the maximum detail. This is fairly noticeable by the fact that this picture has the maximum dust specs visible. However, the iPhone 5’s camera retains the original black colour the best, albeit with a very slight amount of noise on the surface of some keys. The BlackBerry Z10 is slightly better than the other two in terms of how crisply the alphabets are rendered.

This is the shot of a static object in normal/typical lighting conditions inside a home. We focus on one object and compare the exposure, colour reproduction and detail between the two cameras.

This is the comparison of how the Tata Sky HD remote looks from the perspective of both cameras. The iPhone 5 brings out richer colours, on the remote as well as the background. The text seems slightly crisper in the iPhone 5’s picture. However, the silver colour of the remote is better reproduced by the Xperia Z, because the iPhone 5 has a slightly creamish hue. If you zoom in around the “R” and “Plan” keys, the Xperia’s shot looks softer, but in this this case has lesser edge noise than the iPhone 5.

This is when we take time out to admire the beauty of the nature, but only through the lens of the camera, and later when we are peering over the images on the big screen to see which one is better!

On this one, the two cameras and the pictures taken are neck and neck. The iPhone 5 has slightly more details in terms of handling the exposure better to make shadow areas look like what they are supposed to be. But for the rest, the colour handling, the detailing, and even the crispness is on an equal platform.

This is a shot of the view from an apartment balcony. With a gamut of elements captured within this picture, it is a fairly good test of how good this camera is with detailing a wide shot with sunlight also in the mix.

The Xperia Z impresses by reproducing natural colours and fairly good amount of detail. The different shades and lines on the soil in the parking area in front of the mall is a good idea of that. The iPhone 5 has a slightly warmer colour tone to the shot – and which is better will depend on personal preference. However, the iPhone 5 has a slight advantage because its better exposure gives the picture slightly more detail in the off focus areas. Look at the area behind the park on the left of the image – and the iPhone’s camera shot gives that area a lot better handling.

These are the shots focusing on a static part of the same landscape shot we have talked about just now. Both phones were set to their maximum zoom capabilities, and the image was clicked from exactly the same distance. The idea is to see how much clarity is compromised when at full zoom.

Not only does the Xperia Z’s camera zoom a lot further, but at the same time, the area is better exposed as well. In comparison to what we were expecting, the Xperia Z’s shot does not have a lot of noise. The iPhone 5 has limited zoom capabilities, but we are a tad surprised that the image seems surprisingly dark and depressing!

This is to see how good the panorama shots are with the camera. Since these shots are usually taken outdoors, you need to have a fair amount of area to capture.

The first thing you notice with the Xperia Z’s panorama is that it supposedly looks incomplete. It is not incomplete according to us, because that is where we wanted it to stop. But Sony’s settings dictate that the camera will take the panorama picture according to the area it wants to cover, rather than the area you wish it would. This is a problem with my trusty Alpha NEX C3 camera as well. The iPhone 5 takes the panorama as per your wish, and creates the final picture out of what has been captured. The iPhone’s panorama is wider and has better clarity and crispness when you zoom in. The Xperia Z, while cribbing on one end about lack of effort on our part to rotate on our axis, refuses to capture the initial bit, which the iPhone has captured. Needless to clarify, the two panorama shots were taken at exactly the same location with the exact same start and end points.

Is the Xperia Z Camera Any Good?

The answer is surely leaning towards the positive. However, we were expecting the 13.1MP clicker to be better than it actually is. The reproduced colours are fairly natural, if you prefer that, over the slightly warmer tone the iPhone 5 puts out. Surprisingly, zooming in is a clear case of two halves. For most indoor and even some outdoor shots, zoom in on what the Xperia Z has clicked, and there is visible edge noise and the issue with soft focus. However, the full zoom shot outdoors brought out some rather clear and well exposed results.

The Xperia Z's camera is definitely not bad, but not as good as Sony is claiming, or what a significant portion of the current generation competition is offering.