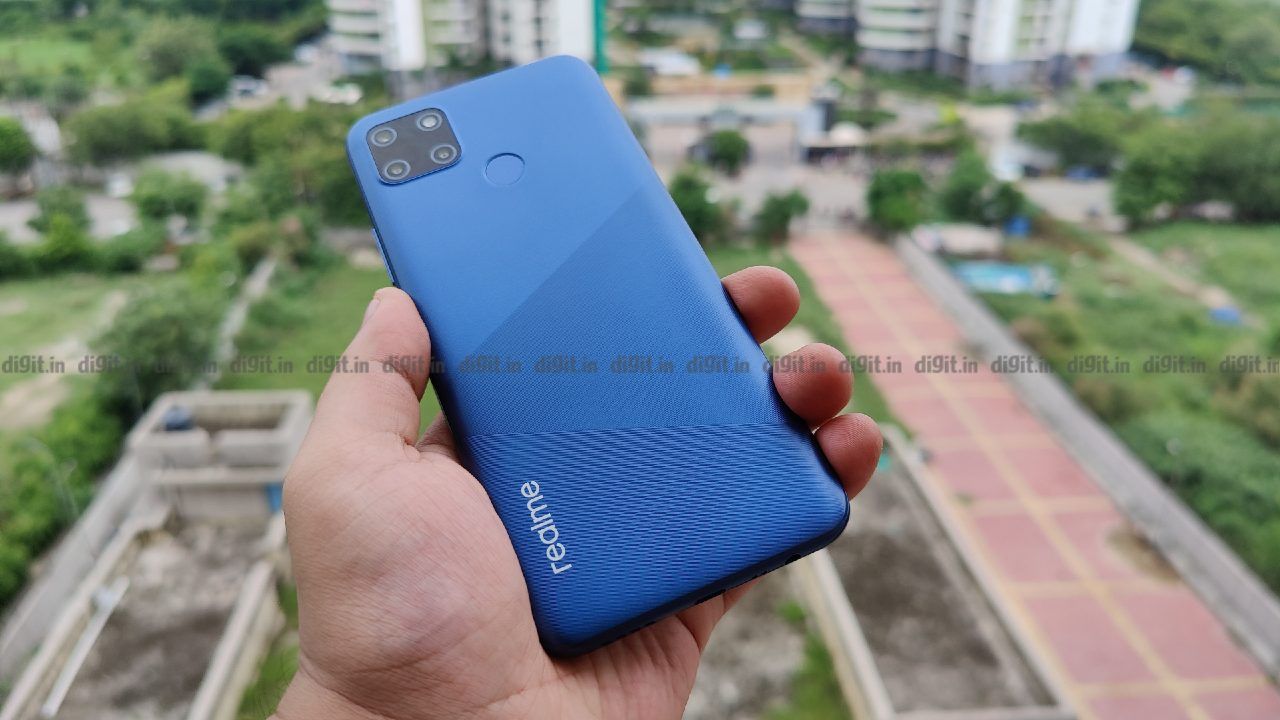 Before the COVID-19 pandemic kicked in, budget smartphones were actually doing quite well. Things like a 48MP camera and glass-sandwich designs were starting to become common, and the 6-series Snapdragon processors were a staple under Rs 10,000. Things, however has changed. With the GST rate hike kicking in, and the supply chain disruptions due to the pandemic, getting crazy specs for under 10,000 is becoming a rarity once again for smartphones, and OEMs are seemingly focusing on optimising the experience instead of wooing customers with the best spec-sheet. The Realme C12(₹ 8999 at Tatacliq) is a culmination of that philosophy. The C-series in general, in fact, has taken a turn towards filling the gap that was otherwise occupied by the Realme Number series (Realme 3, Realme 5, etc)

Earlier, the Realme C-series was being positioned as the entry-level option, for people who have budgets well below Rs 10,000. But the C11 onwards, it’s a lineup being used to fill the gaps in the price ladder. And it’s not just Realme alone who has adopted this strategy. The Xiaomi Redmi 9 Prime (gaming review) is also an excellent example. It has filled in the gap for the Redmi Note series, which now starts at Rs 11,999.

Surely some course correction has happened due to the present circumstances. But does it impact the experience of using a budget smartphone? That’s what we explored when we tested the Realme C12. You can also check out the video for the abridged version — 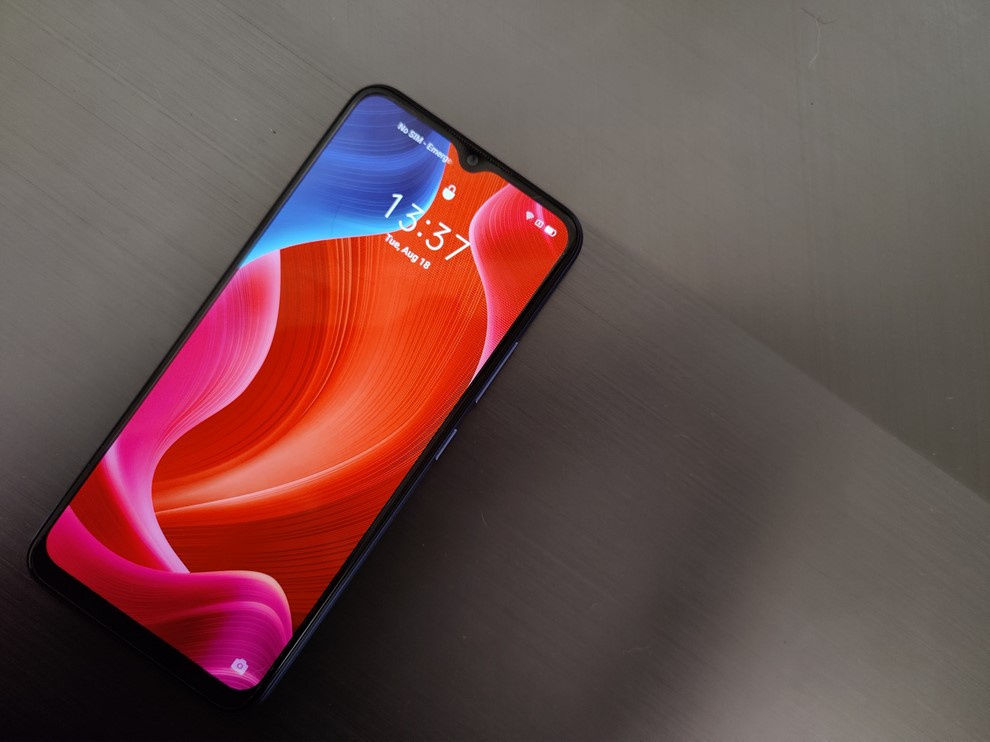 The MediaTek Helio G35 that powers the Realme C12, and previously the Realme C11, is an interesting chipset. It’s being packaged as a gaming SoC but comes only with power-efficient Cortex A53 cores in the CPU, all eight of them, and a PowerVR GPU. Nothing about this really spells out gaming, to be honest. They come across more as entry-level chipsets, and that’s what the Realme C12 should be considered as. Because, even while the price is almost touching the 10k mark, the benchmark scores are far below the bests in this segment — The Redmi 9 Prime, and the Narzo 10A. The 3DMark scores abysmally low. 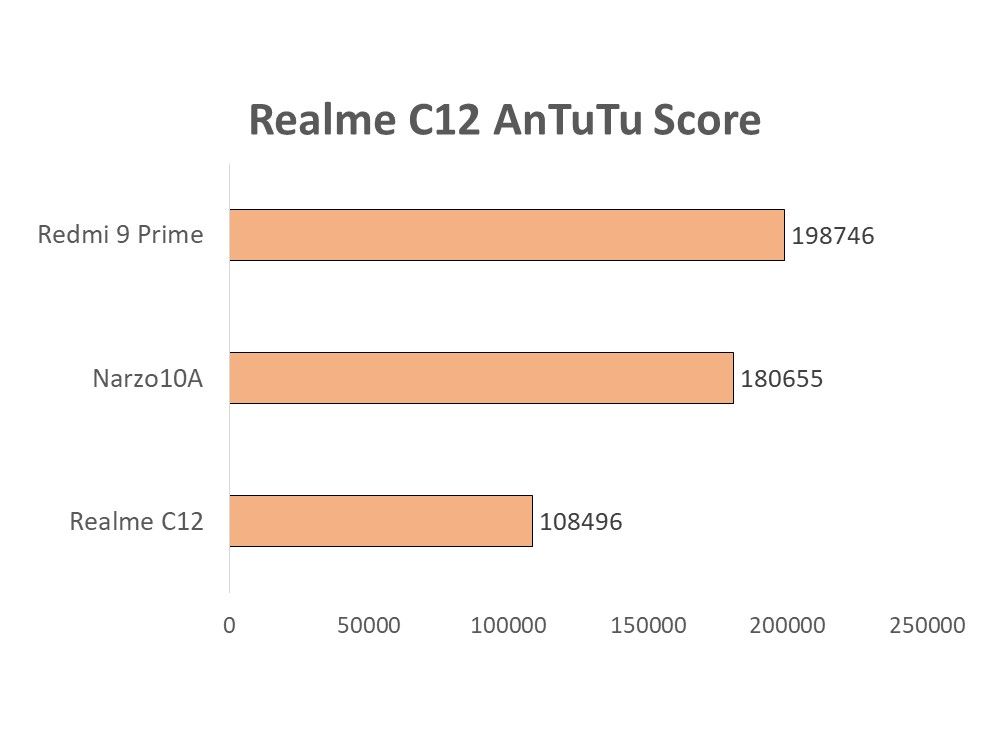 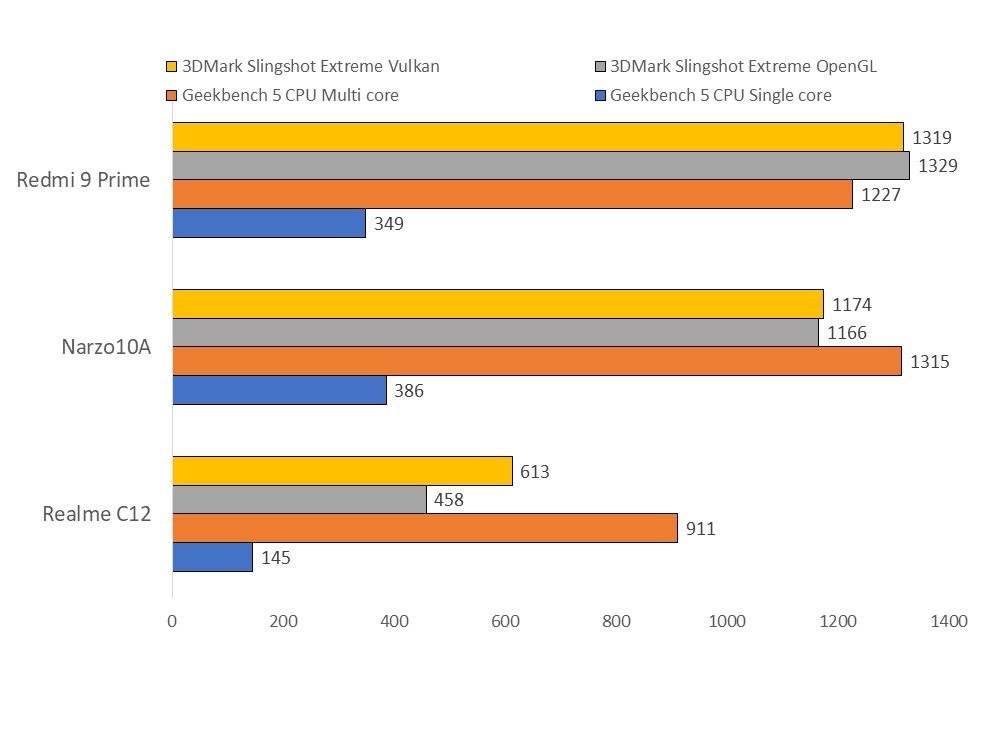 Clearly, there is now a significant difference in performance as we go down the price ladder in the under-10k segment. And this is even after the usual “performance mode” kicking in every time a benchmark app is opened on a smartphone powered by a MediaTek SoC.

Even in real-world usage, everything is doable on the Realme C12 - Gaming, browsing, typing — but everything also takes a lot more time. A good example is when I wanted to screen-record something, and I had to wait a good 10 seconds after pressing the Record Button for the recording to start. Similarly, the loading times for apps, or even things like launching the camera or the dialer will feel slow and sluggish and that’s a characteristic of nearly every budget smartphones these days. So the Realme C12 isn’t doing any better. Nor is it doing any worse.

With the PowerVR GPU in place, games like PUBG Mobile and CoD: Mobile were never going to run at peak framerates, or with the best graphics, but the good news is that both games can be played on the Realme C12. Although at crippled frame rates and low graphics. But with good stability. We didn’t notice a frame drop or a screen tear, although the touch response was quite sluggish. 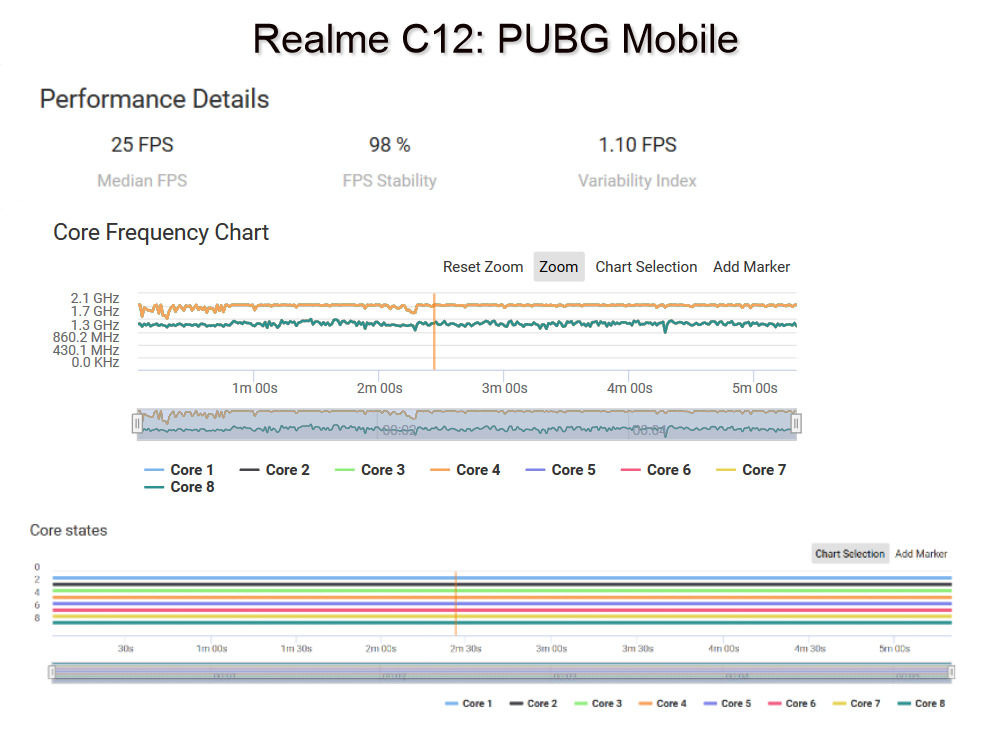 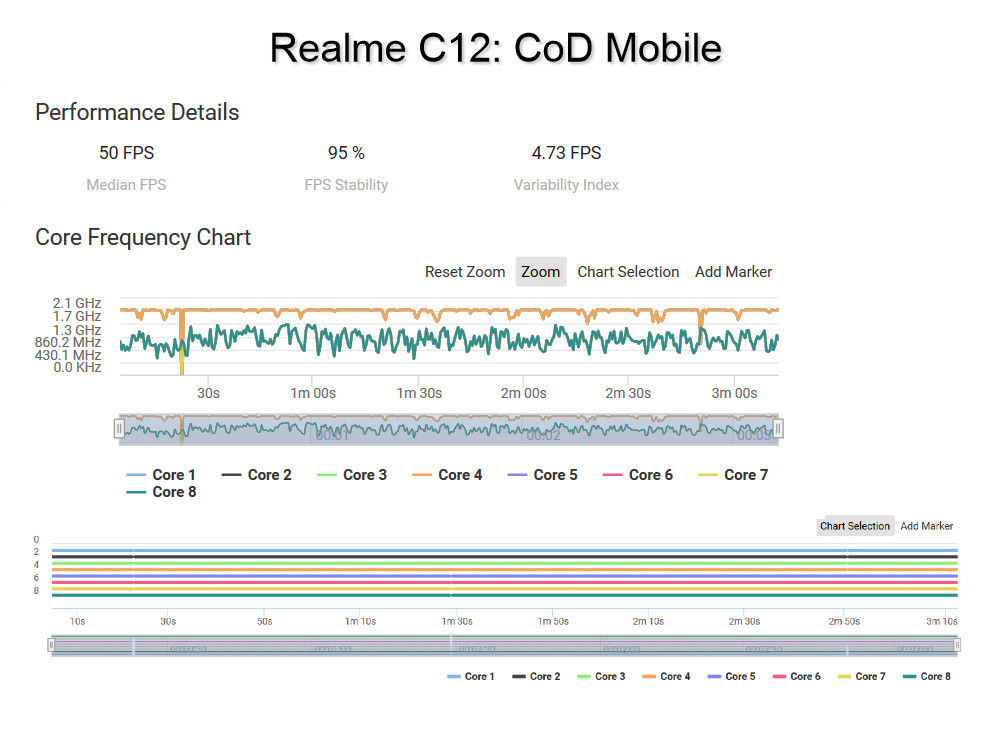 PUBG Mobile ran at 25 FPS with 98% stability, while COD Mobile cranked up to 50 FPS with 95% stability. Quite expectedly, the CPU never hit the peak speeds like it did when running the benchmarks, even after running the game with ‘Competition Mode’ turned on in the Game Space app. 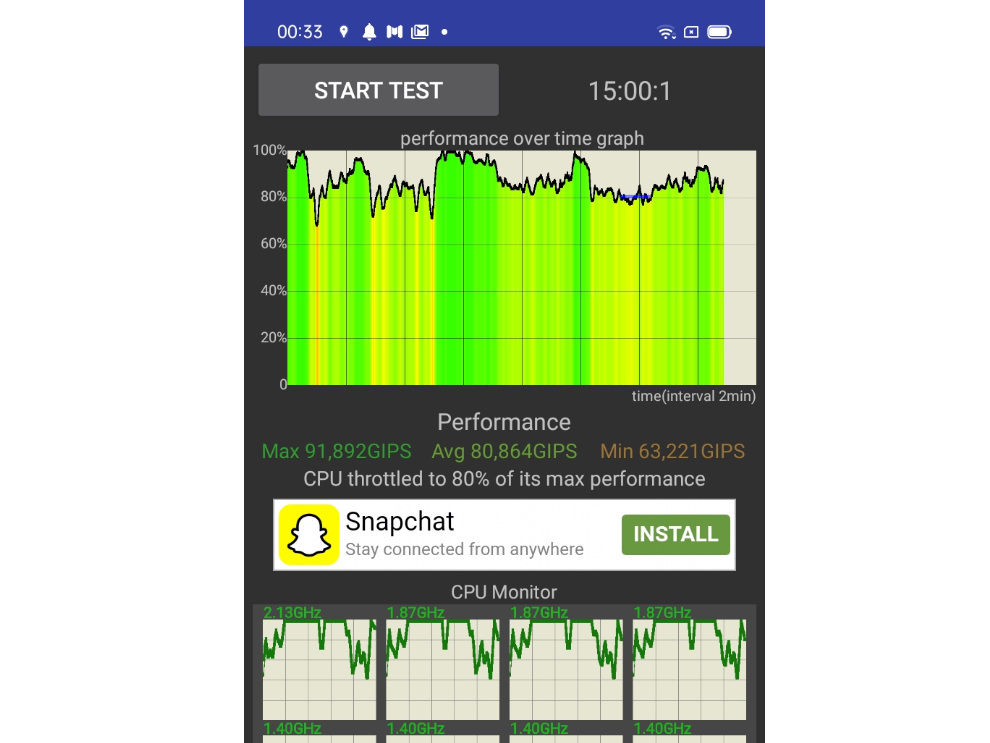 The Realme C12’s 6000mAh battery is the showstopper in this smartphone. And it makes this one a marathon runner, making it last well over two and a half days. With most of the components inside designed for power efficiency, I only had to charge the smartphone once in this course of testing. And charging this phone will be an exercise of patience. Because it takes hours to top up to full capacity with the bundled 10W charger. Thankfully, the phone lasts much, much longer than it takes to charge, making it worth the patience.

Realme C12 Camera: Can you live without a 48MP shooter? 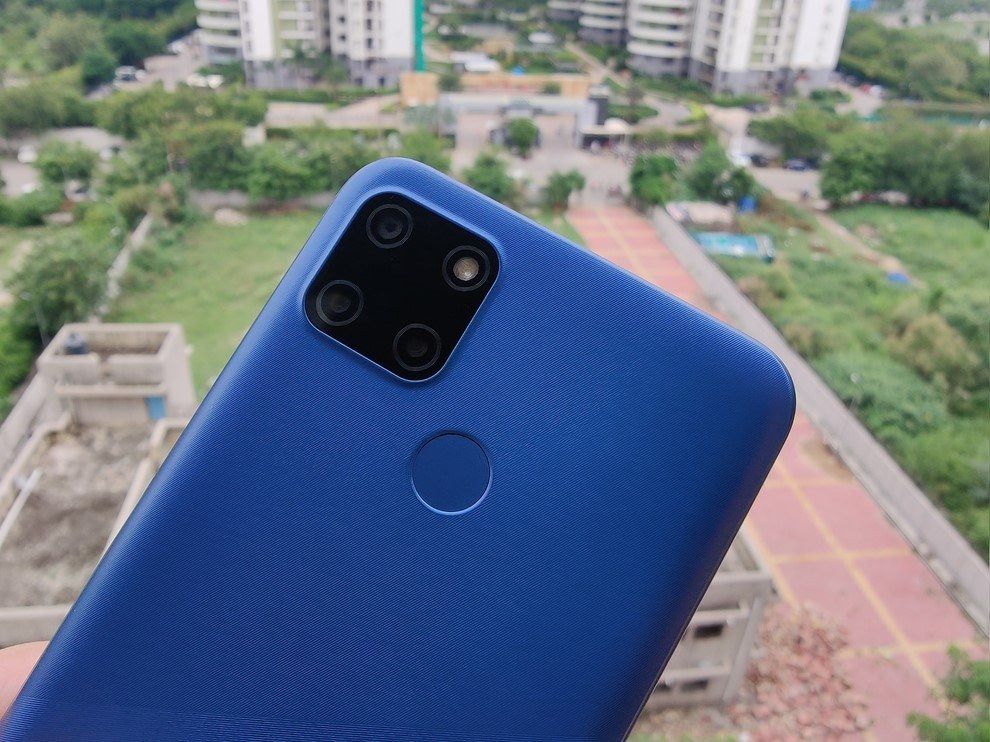 One of the major things that had to be let go because of the present circumstances is the large-sized camera sensors that had penetrated the under-10k segment last year. The Realme 5 had a 48MP camera, along with the Realme 5i and Realme 5s, and all of them were under Rs 10,000. Not the latest crop of smartphones though. The Realme C12 only manages a 13MP primary shooter with f/2.2 aperture, along with a 2MP B/W camera and a 2MP macro lens. No ultrawide lens either. 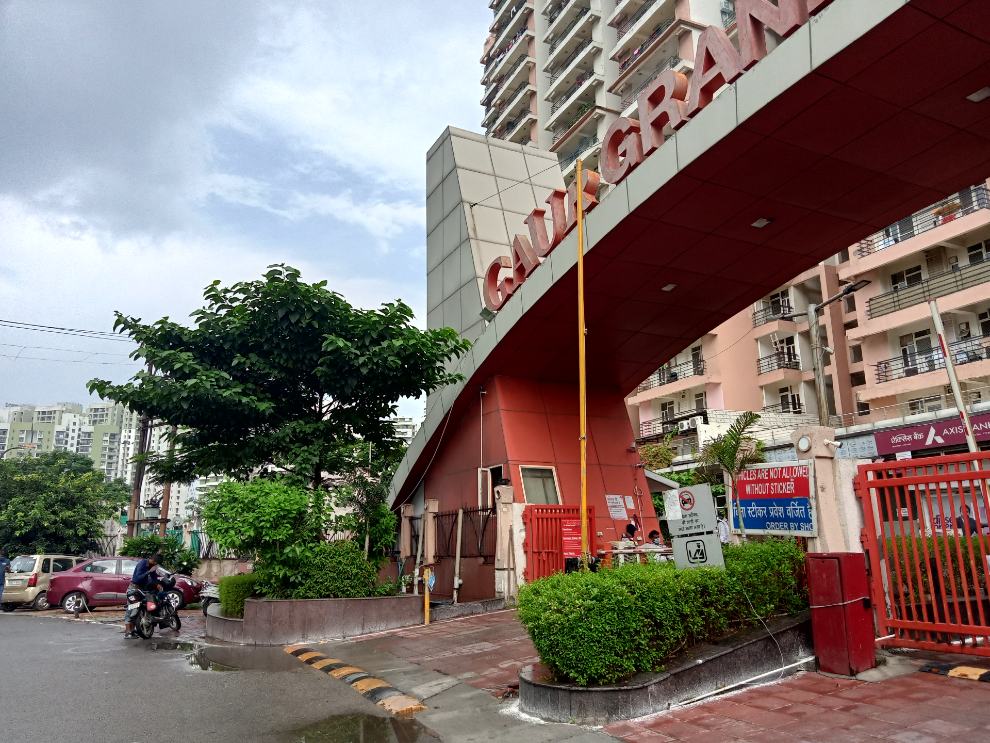 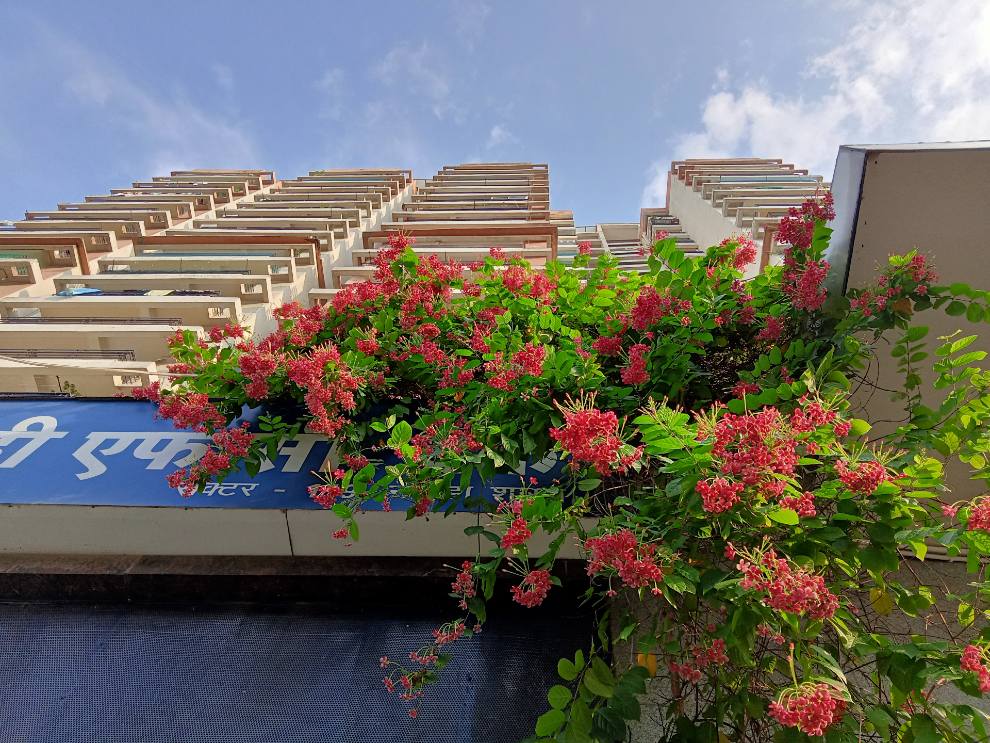 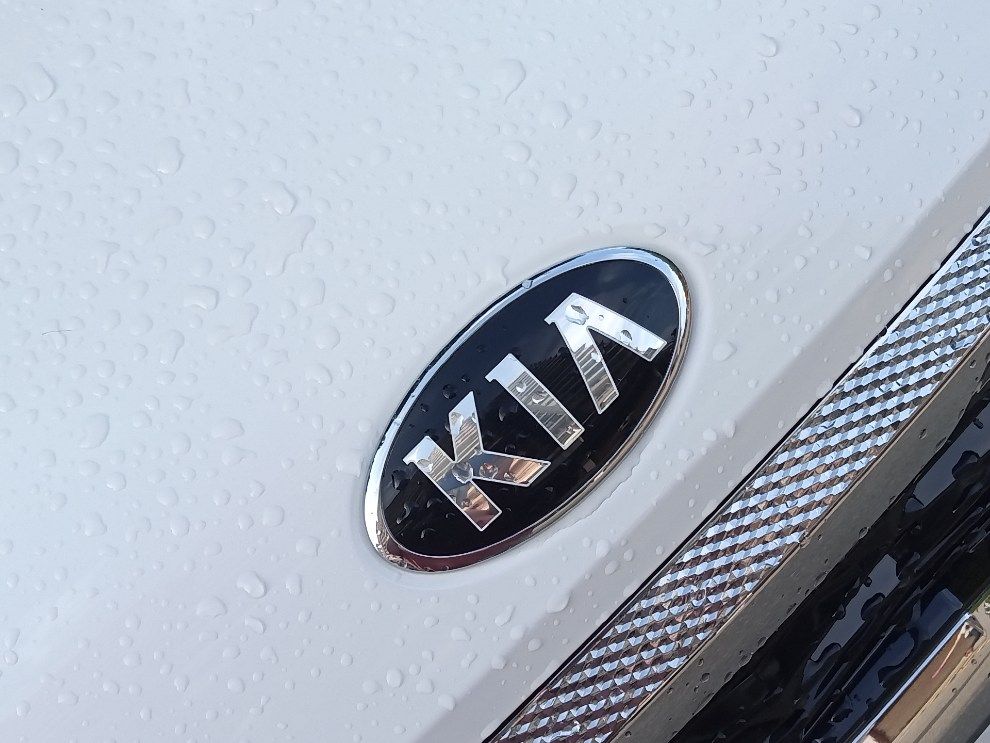 Yet, while the Realme C12 fails to impress on paper, the photos themselves were anything but so. The 13MP primary camera was fun to shoot with. The shutter response is near-instant, and the camera produces bright, vibrant colours by turning up the saturation and contrasts in photos. So, while the details are nothing like what you’d get even a year before, the quality of the images themselves have improved. The dynamic range is far better and photos come out looking punchy and colourful. 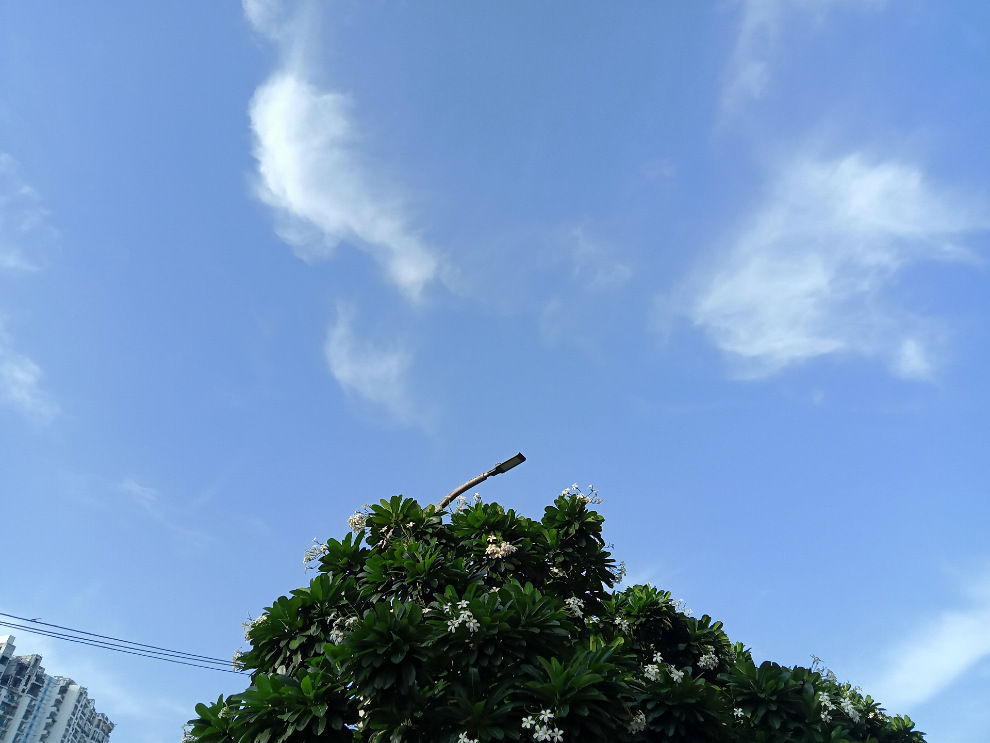 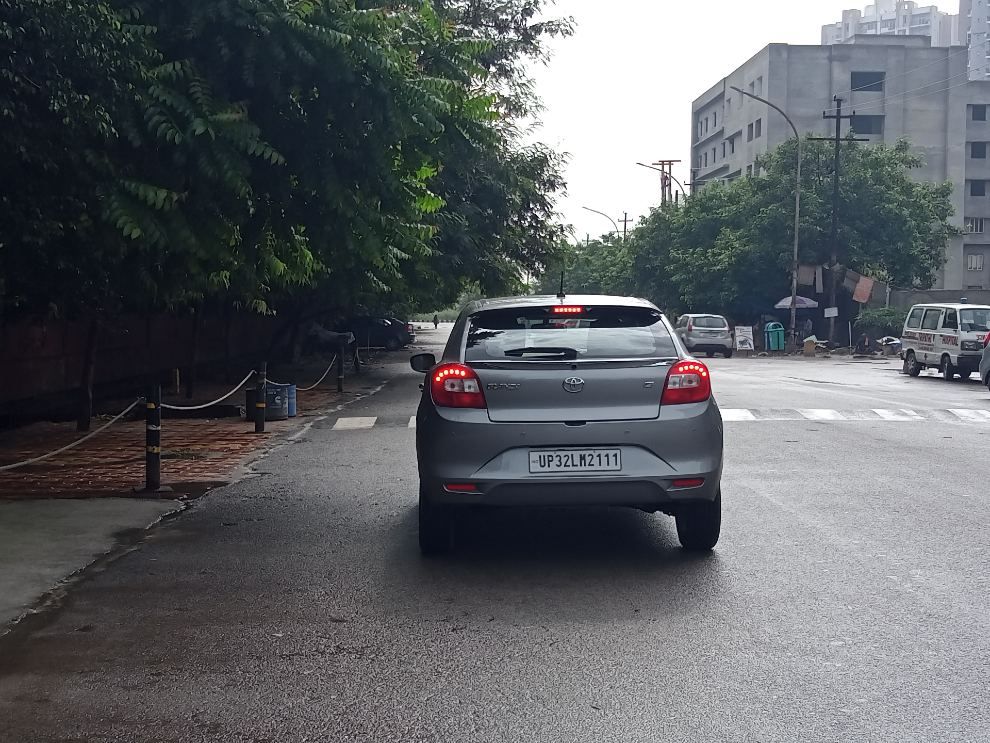 There’s even a Night Mode in place, and can be used to shoot still objects at low light. The mechanism is the same as what other more expensive smartphones offer, and the results come out well enough for a budget smartphone. I particularly liked how the camera was able to bright out sharp text from an overexposed area, using multi-frame rendering. 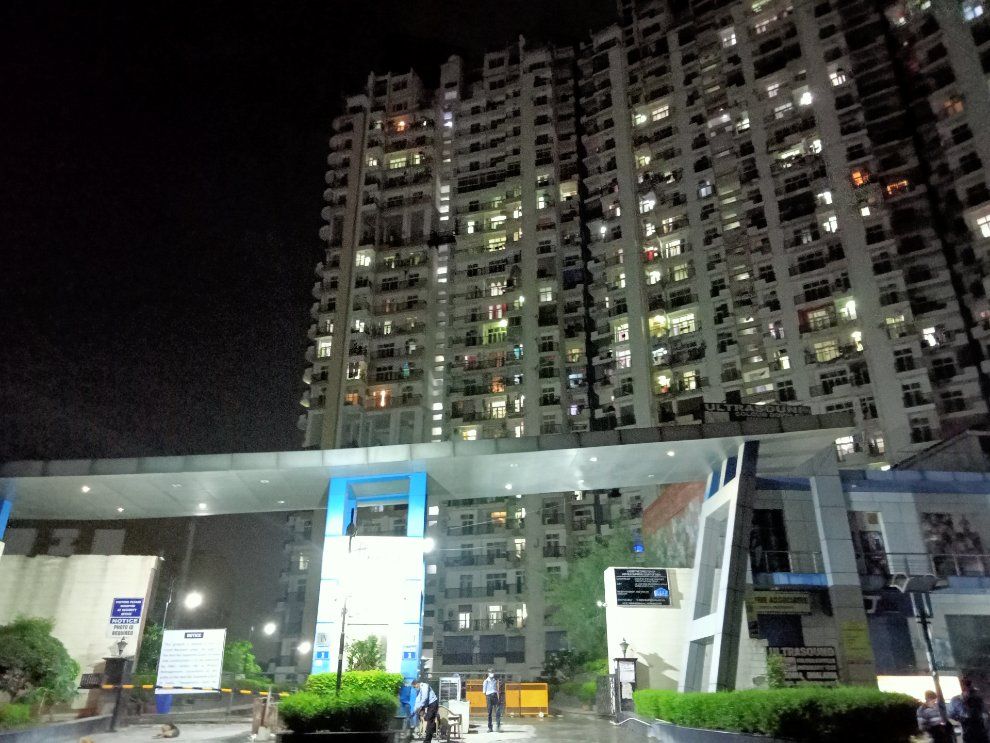 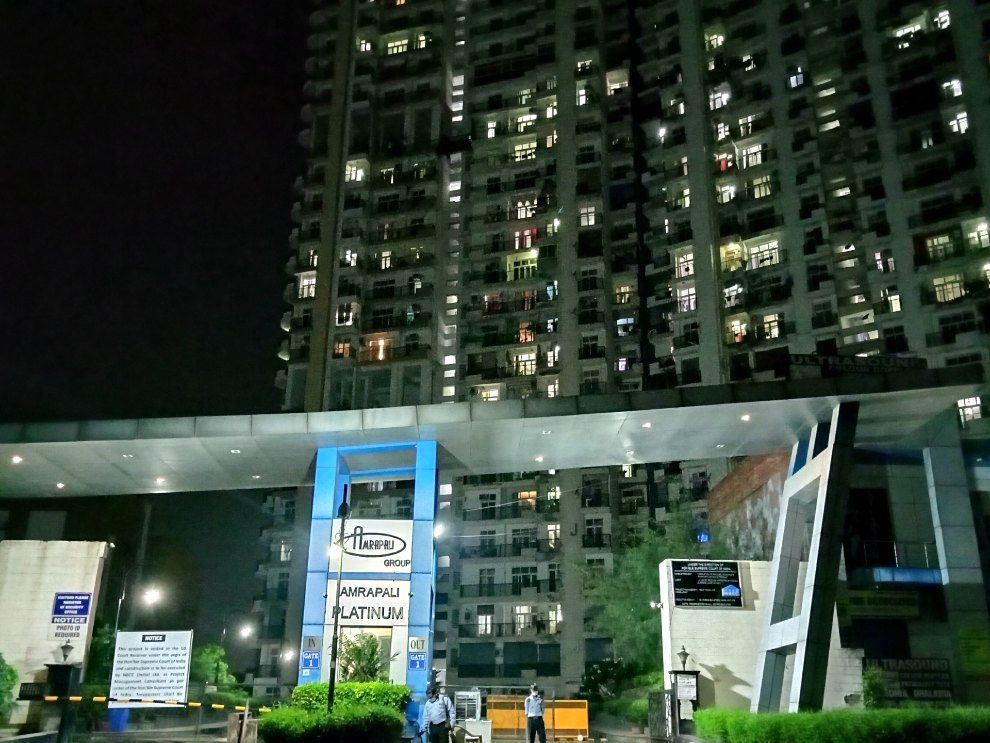 The B/W lens offers a bunch of filters and a portrait mode, and along with the macro lens, are the only things making the camera versatile. Sorely missed is an ultrawide lens which had started to become a staple in this segment. 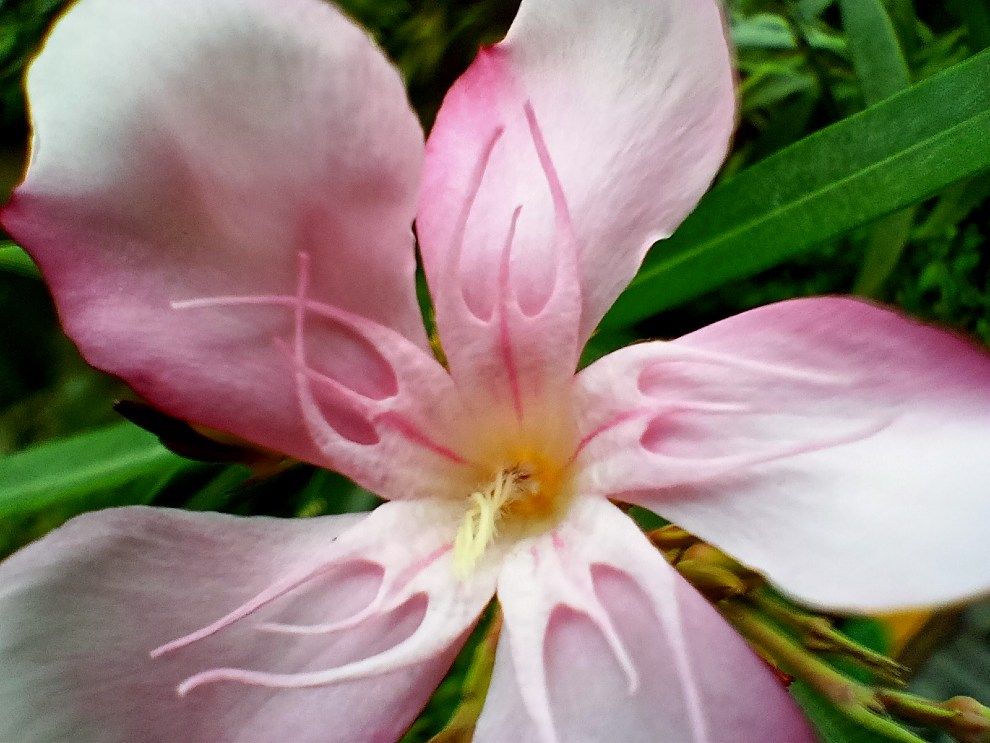 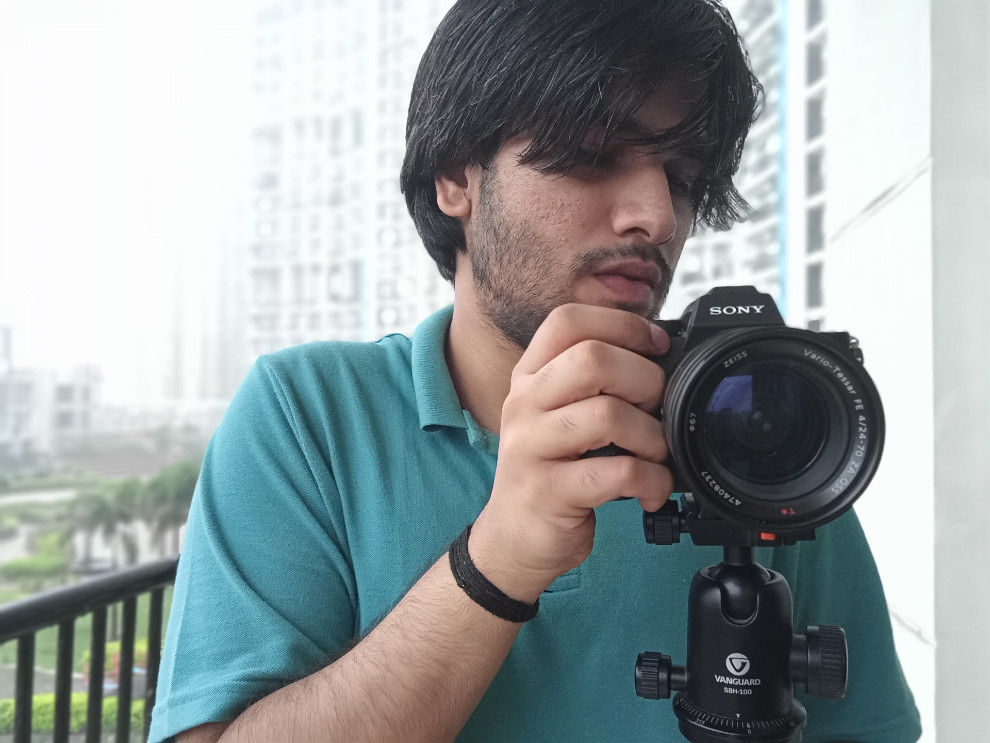 Realme C12 - what it gets right, where it falters

Even when compared against last year’s smartphones priced the same as the Realme C12, the C12 looks disappointing on paper. It lacks that extra punch delivered by a 48MP camera, or a mid-range Snapdragon chipset. But what it does with the hardware in place is also not all that bad. There is indeed a dip in raw performance, which is perceivable in real-world usage and gaming, but the basic usage like browsing, calling and texting work just fine. So as an entry-level smartphone, the Realme C12 is a good deal. But expect anything more from it, and that’s when this will start to feel disappointing.

As for alternatives, the Redmi 9 Prime, priced just slightly more than the C12, offers a remarkable upgrade in performance, while the Realme Narzo 10A offers better gaming performance at the same price. Buy the Realme C12 if a marathon battery is what you’re after, but do keep in mind the constraints the phone will put you in.