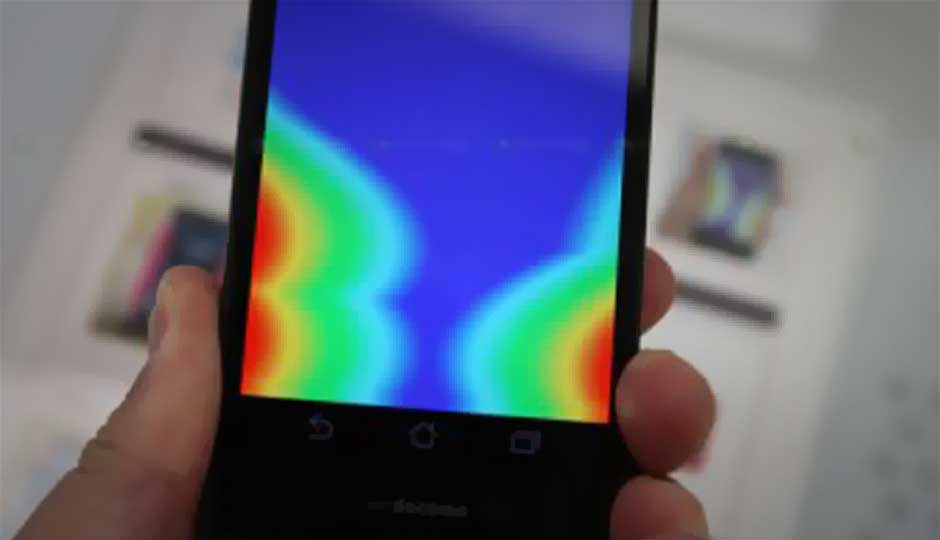 At CEATEC (Combined Exhibition of Advanced Technologies) this week, Japanese telecom NTT Docomo is showing off a new user interface dubbed Grip UI. As the name implies, Grip UI runs on a smartphone that’s equipped with side-mounted pressure sensors. The phone is fitted with a standard touch screen, but users can grip the device in certain places to launch programs, navigate menus, and perform other tasks.

One of Docomo’s goals for Grip UI is to add ways for users to control cell phones with just one hand. With modern phones, single-handed navigation is still difficult in certain program. One handed, you’re generally limited to using your thumb for navigation and selection. The trend towards longer, wider phones actually makes this a bigger problem; larger devices make it more difficult to move your fingers while maintaining a grip on the unit.

Adding pressure sensors to a device theoretically opens up new avenues for user control. Sensors that ran the length of the phone could be programmed to respond differently depending on where the device is gripped. Detecting pressure on both sides of the device could expand the number of different commands that could be programmed. Pressure-sensitive phones could make it easier for people with certain handicaps to take full advantage of a mobile device and offer an interesting option for game or program control. 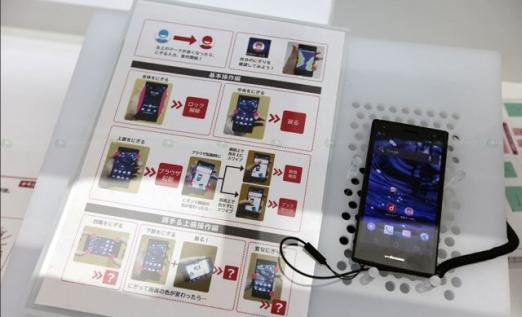 Reports on the efficacy of the idea from those who’ve had the chance to try it in person are somewhat mixed. Most have hailed the idea, but are less thrilled with the execution, Akihabara News writes that “Sure with time and patience you can make it work but you needs to have giants hands with alongside the dexterity of a robot.” Docomo has no current plans to bring the technology to market; the CEATEC demo is intended as an example of what’s possible.

In that context, I really like the idea. Certainly there are technical issues to be worked out. The pressure-sensitive image at the top of story is eye-catching, but it also shows the difficulty of developing a sensor that can accurately distinguish between fingers when they’re held close together while differentiating between false positives and intentional squeezes. Individual device calibration would almost certainly be necessary, and detecting grip pulses might be far more effective than using long versus short grips for various commands.

The evolution of computing and computing platforms is inextricably tied to the development of user interfaces. The mouse keyboard combination revolutionized the PC business, RIM’s hugely popular smartphone business of the early 2000s was built on strong mobile keyboards. In the post-iPhone area, touch screens have carried the day, but human hands aren’t getting any wider or evolving more fingers. Adding grip sensitivity, in some form, has real potential to boost the capabilities of the device.

Lava Blaze With Glass Back And Android 12 Launched At ₹8,699 In India
Amazon Great Indian Festival 2022: Best deals and offers on Samsung Galaxy smartphones
Samsung could use the Exynos chipset to power the Galaxy S23 series
Lava Blaze Pro has got a 50MP main camera and a 90Hz display: Find the full specs and price
Apple iPhone 14 is “the most repairable iPhone in years” thanks to this 1 change: Know what it is
Advertisements