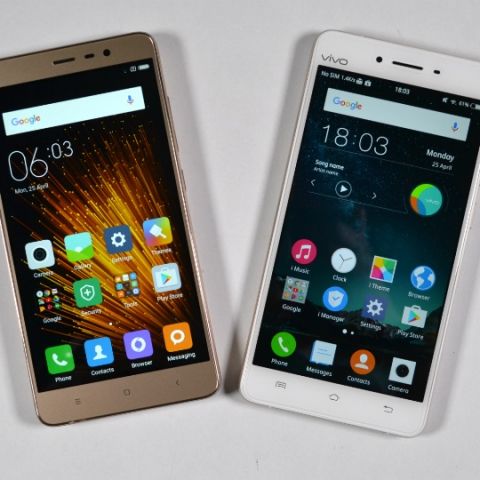 The Vivo V3 Max is the first smartphone in India to be powered by the Snapdragon 652 processor. Initially labelled as Snapdragon 620, Qualcomm chose to rename it following reports surrounding its superior performance capabilities. The Snapdragon 618 also joined the league of renamed processors, being renamed to Snapdragon 650.

The Vivo V3 Max is not priced that well, and neither does it have as extensive a reputation as Xiaomi, in India. Nevertheless, it is a really powerful device. Powered by the octa-core Snapdragon 652 and 4GB of RAM, the Vivo V3 Max has seemed really impressive upon initial usage. However, in this value-sensitive market, the question of value to performance ratio looms large upon it. Priced at Rs. 23,980, the Vivo V3 Max may be good, but does it warrant the extra investment over the Xiaomi Redmi Note 3, primarily based on the processors that power these?

Here, we analyse and break down the two processors, and the performance that each offers. We discuss the possible difference that each may present, if at all, and how each impacts these devices.

Snapdragon 650 v. 652: The difference is minimal
On paper, two Cortex-A72 cores separate the two processors. While the Snapdragon 650 has two Cortex-A72 cores, the Snapdragon 652 has four Cortex-A72. Both the processors also have four Cortex-A53 cores. Each have peak clock speed of 1.8GHz, and in real life, there is marginal but noticeable difference. Point to note: Vivo has optimised the V3 Max for lesser power consumption and better battery life, because of which two cores remain in sleep for all tasks until you put heavy load on the device.

When settings open, there is barely any noticeable split-second lag in the Vivo V3 Max, while the Redmi Note 3’s minimal time difference between the Settings menu opening up can be noticed. The same goes for the Camera app. Admittedly, the difference shows only when you put the two devices side by side, and that too very minimally. Both the chipsets have a near-identical constitution - Adreno 510 graphics processor, X8 LTE modem with RF360 support, up to 21-megapixel and 4K @ 30fps camera support, and also, support for Quad HD (1440x2560-pixel) resolution display support. 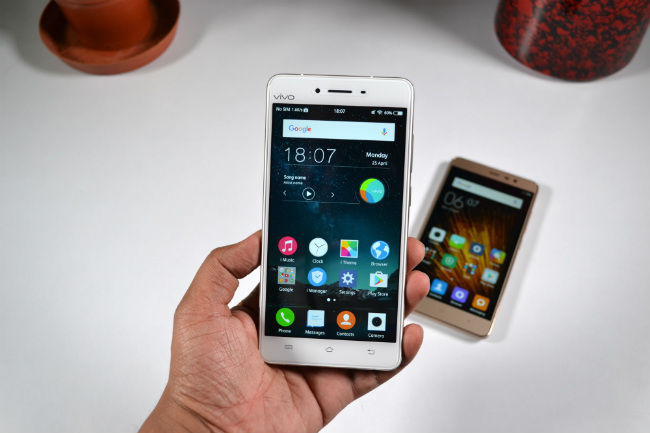 The difference also shows when you download apps in the background, play audio and edit photos on Snapseed. Doing all three tasks simultaneously brings about split-second delays in the Redmi Note 3 in comparison to the Vivo V3 Max. The difference between the custom interfaces of the two phones, along with the extra 1GB of RAM on the Vivo V3 Max also needs to be kept in mind. While gameplay-wise, playing graphic-intensive games like Sky and Asphalt 8 do not render any significant lags anywhere, the Vivo V3 Max simply works smoother, and almost every menu loads a split second faster.

Lightweight and Gaming Performance: Differences spotted
In terms of everyday usage, the Vivo V3 Max simply feels sublime and fluid. The Xiaomi Redmi Note 3 does not lag, per se, but the Vivo V3 Max opens menus across its own settings and other apps almost instantaneously, while the split-second time that the Redmi Note 3 takes is noticeable. None of these lags hamper usage, but they do make the usage experience smoother on the Vivo V3 Max.

In terms of gaming, the added 1GB of RAM on the Vivo V3 Max keeps gaming smooth, even if you’re receiving a constant stream of mail and chat notifications in the background. Switching between apps remain smooth, too. The camera app loads directly on tap, and even with large downloads running on the background, there are no lags in the camera’s shutter response. With Asphalt 8 downloading in the background and Facebook open, the Vivo V3 Max keeps clicking photographs almost as fast as the Xiaomi Redmi Note 3 without any added load, and this is where the impact of the two extra Cortex-A72 cores shows. 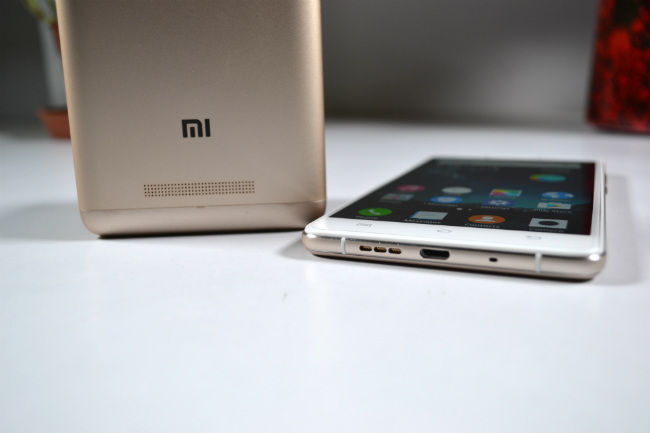 To sum up, the Vivo V3 Max is marginally, yet noticeably faster, than the Xiaomi Redmi Note 3. The extent of difference because of the two chipsets may not be massively disruptive in terms of the average usage experience, but putting the two devices parallely shows the differences. While both the devices run on near-identical hardware, the extra bit of RAM does speed things up by a notch on the Vivo V3 Max.

Notably, both MiUI and FunTouch OS are rather heavy on resources. Vivo’s custom UI has a different take on daily usage, and attempts to make it more fun and intuitive. It also has iPhone-esque Search and Control centres, and Vivo has attempted to group together settings based on how you may need them in terms of priority.

Initial Verdict: Splendid, but may not be enough
The Vivo V3 Max performs at par with flagships upon our initial tests and on average usage, relaying Snapdragon 652’s power. However, the Xiaomi Redmi Note 3, despite being marginally slower than the Vivo V3 Max on every aspect of performance, still works as a fantastic daily driver. The Xiaomi Redmi Note 3 is priced at Rs. 11,999, while the Vivo V3 Max is priced at Rs. 23,980. Is it worth paying nearly double for performance improvement that is mostly noticeable upon intense usage?

The answer would majorly depend upon the way you use your smartphone. The Snapdragon 652 works as a powerful bridge between the mid-range Snapdragon 650, and the flagship Snapdragon 820. While there are other aspects that we will elucidate upon in the days to come, as of now, the Vivo V3 Max seems to be a powerful smartphone, although it might be asking for too high a price, particularly with the Xiaomi Redmi Note 3, and also the Xiaomi Mi 5, a Snapdragon 820-powered smartphone, available for about Rs. 1,000 more than the Vivo V3 Max.

Vivo may have gotten the performance right, but missed a cue in pricing.