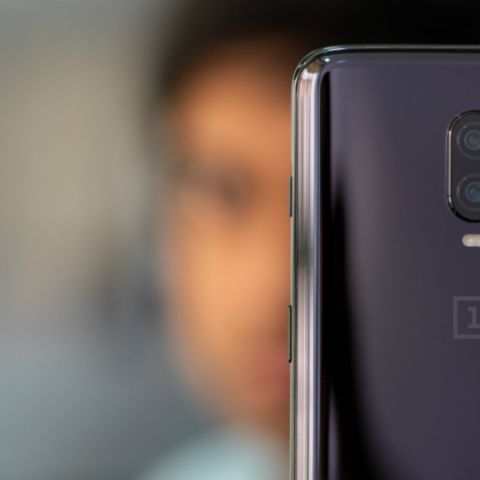 The OnePlus 6T(₹ 27999 at amazon) has officially replaced the OnePlus 6. Right on cue, the flagship comes barely six months after the company hailed the OnePlus 6 as the best it had to offer. What’s changed in the past six months? Outside of OnePlus, the industry has seen mechanised cameras, in-display fingerprint sensors, a whole new notch and more AI terms than you can count. The OnePlus 6T attempts to incorporate some of that to make the flagship more in line with it’s “Never Settle” policy. The signature feature is of course, the in-display fingerprint sensor, but what intrigued me more was the ‘Nightscape’ in the camera app. It’s perhaps the first time OnePlus is trying its hand in ‘AI-based enhancements’ to make the camera work better, and the results do show a significant change in the way photos are processed. Whether they are good or bad, is something we will address in this feature.

Like most of the things under the hood, the OnePlus 6T comes with the same camera hardware as the OnePlus 6 —  A 16MP Sony IMX 519 primary sensor with 1.22um pixel pitch and f/1.7 aperture lens, combined with a secondary 20MP Sony IMX 376K with 1.0um pixel size and f/1.7 aperture lens. Both lenses are also electronically and optically stabilised and they offer a 25mm focal length.  Take a look at OnePlus 6’s spec-sheet and you’ll realise there’s literally no change in the camera hardware.

That ticks off most of the hardware flagship phones possess. But so far, till the OnePlus 6, there was one thing missing — Machine-learning based software optimisations. The OnePlus 6T incorporates that in the form of the ‘nightscape’. The company figured that’s where the camera really struggles. By using ‘AI to reduce shakiness’, the Nightscape mode helps take brighter photos at night that the company claims will be vivid with more clarity and less noise.

That certainly seems to be the case, but with some caveats.

How does Nightscape on the OnePlus 6T work?

The Nightscape on the OnePlus 6T is nothing but the pro-mode sprinkled with some computational photography. When shooting in low light, the camera bumps up the ISO and slows down the shutter speed. It’s something that you would manually do to take a well-lit night shot, right? Only you would need a tripod to reduce the shake. When shooting at slow shutter speed, a minor shake of the hand can lead to a blurry photo.

The OnePlus 6T tackles the stabilisation with AI. After you have taken a photo with the nightscape on, the phone takes an additional two-three seconds to process it. It’s my guess that the camera that simultaneously with shooting at slow shutter speeds, the camera is also taking a few buffer shots with high shutter speeds to gauge where each object in the frame lies. Once done, it takes the additional time to process and stitch the photos together, and voila, you have a night shot that’s well-lit, and stable.

Here’s a scene taken in the normal ‘photo mode’ and in ‘pro mode’. 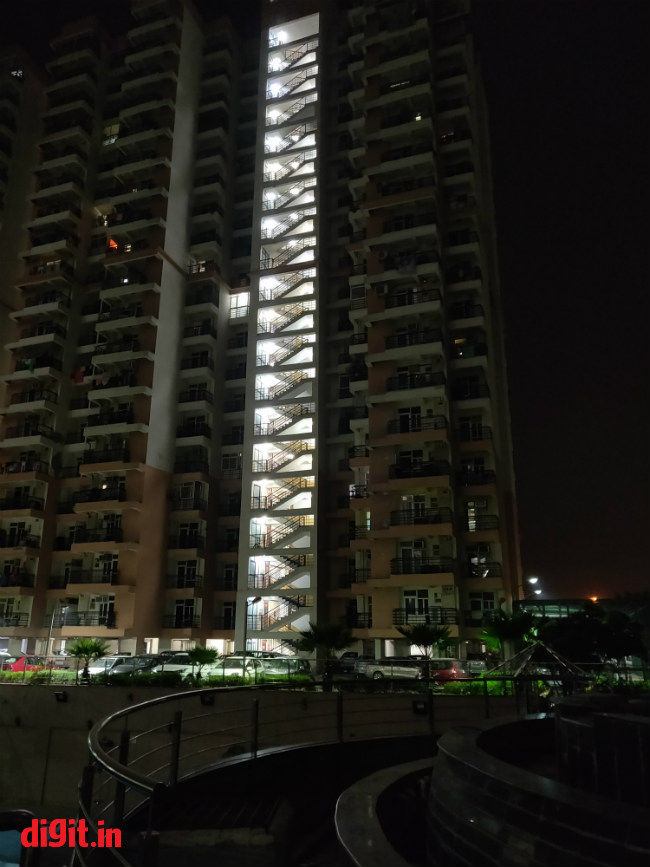 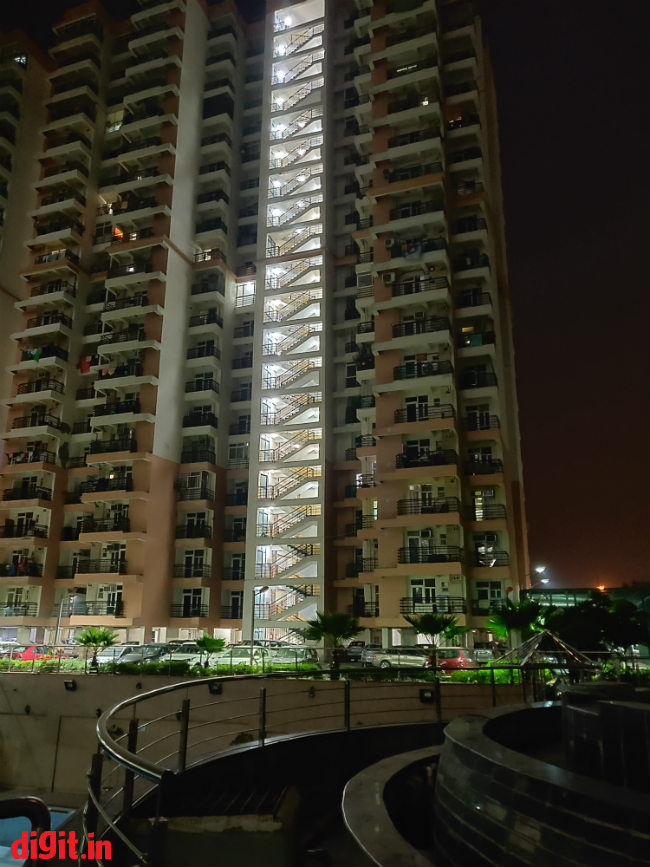 The Exif data of the two shots will tell you the first one was shot at ISO 1600 with 1/11 shutter speed. In comparison, the second shot was taken in ISO 3200 with the shutter open for 1/5 seconds. That easily explains why the second photo is so well-lit. But shooting in high sensitivity also means you’re inviting more noise in the photo. Incredibly enough, the one taken with nightscape is quite crisp and sharp. A little too sharp, perhaps?

To compensate for the noise while shooting at high ISO levels, the phone’s ISP is first applying aggressive noise reduction to the shots. Now if you leave it at that, you get a smoothened out photo that looks very much like a water colour painting. So, on top of that, the camera is applying sharpening effects to make things like straight lines appear sharper, resulting in this crisp photo at night. It’s something we have seen Samsung flagships do with its aggressive noise reduction and over sharpening when shooting in low light. But that’s not a true representation of a low-light shot. Zoom in to the photo and you’ll see how quickly the details start fading away. 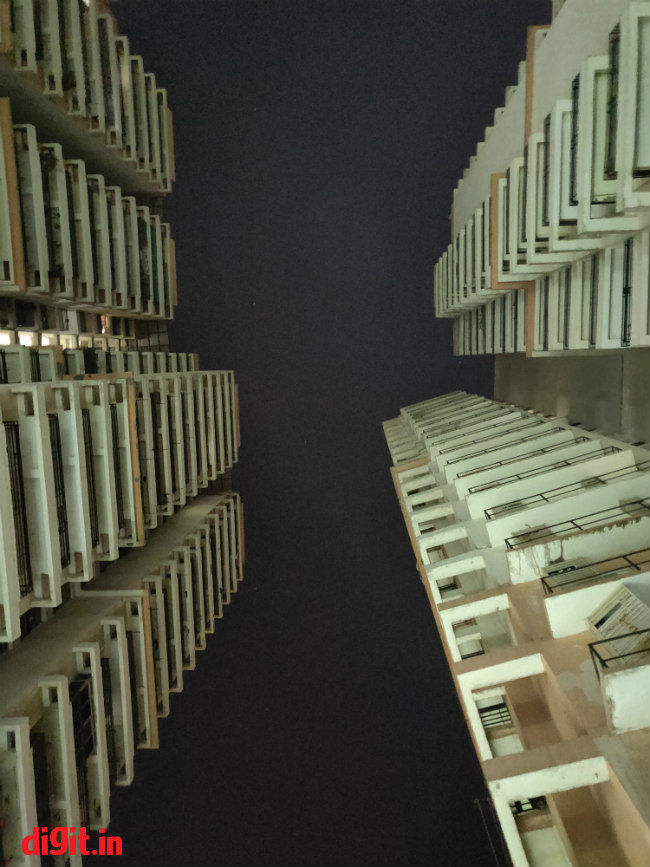 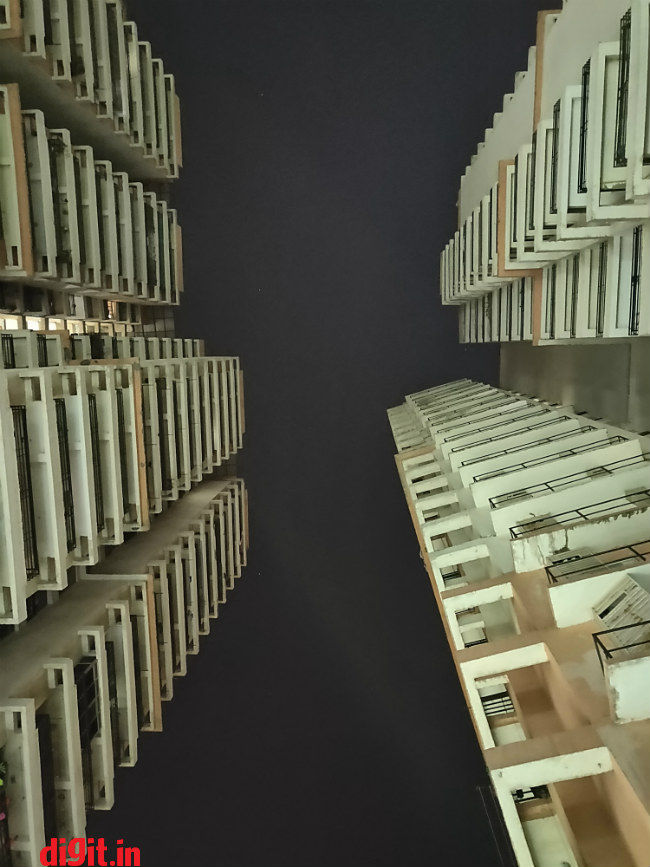 The best instance of oversharpening is in this shot. I took the same photo once in Nightscape and then again in Pro mode using the same ISO and shutter speed settings, and the results, while being mostly similar, aren’t really so. OnePlus 6T is not using the aggressive noise-reduction and oversharpening here. Both are equally well-lit, but the latter is a lot more sharper than the former. The noise reduction in this case brings out the stars in the one taken with nightscape. However, the edges of the building are equally over-sharp with the straight lines a lot more distinct. Whether you’ll call it a good photo or bad depends how much of a puritan are you when it comes to digital photography, but this is increasingly where we are heading. We have seen it happen in Samsung flagships like the Galaxy S9+ where it uses a wider aperture and a whole lot of noise reduction algorithms to eke out more light from a scene, and balance out the noise by oversharpening. 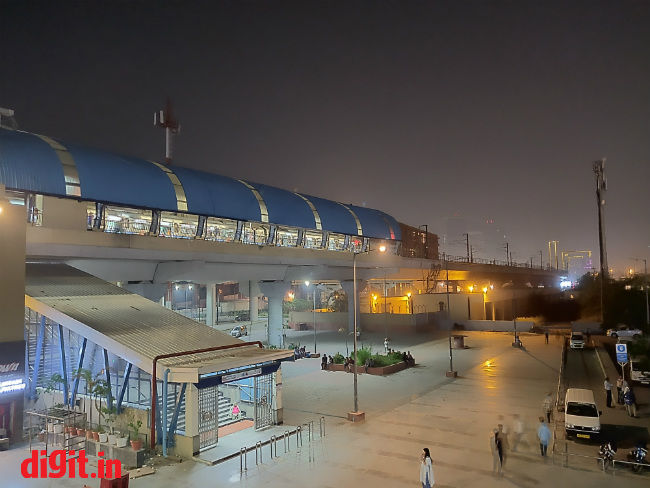 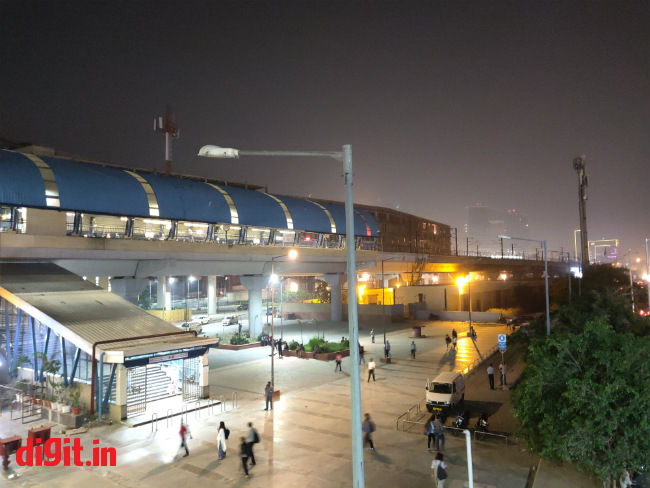 Now that we have established what the nightscape on the OnePlus 6T is actually doing, let’s address the elephant in the room. Is ‘AI’ really doing anything? Turns out it actually is doing something, but it’s hard to call it AI. In this scene, the first photo is taken using the nightscape with ISO 2500 and shutter speed 1/7. It’s more of the same as what I addressed in the section before this, that is, smoothening and oversharpening. But notice the people on the ground. In the former, you can see ghosting around the people walking in the bottom left corner, where it should really be just a motion blur like in the case of the latter. The second photo was shot with the exact same settings in Pro Mode. What I’m trying to point out here is that the camera is taking multiple photos and trying to stitch them together much like how HDR and panoramas happen in smartphones, albeit with poor quality of blending. In Pro Mode though, it’s simply shot with a slower shutter speed. It’s noisy, a little out of focus, but not really artificial.

What OnePlus is calling AI is really just a stitching algorithm in play. And if you have moving objects in your frame, it’s better to not use the mode and switch to pro-mode instead. It’s much more reliable and much more consistent.

Having said that, it’s unfair to call out OnePlus for something almost every other OEM is doing these days in the name of photography. And it’s only going to get more prevalent. Camera hardware is more or less hitting a saturation point. You can only do so much with a tiny sensor in the body. No matter how much OEMs hype up the smartphone cameras as a reason to keep DSLRs at home, the reality, smartphones can never take a photo as good as a DSLR. Period.

Interested in the OnePlus 6T? You can read more about the smartphone in our detailed coverage on Digit.in. 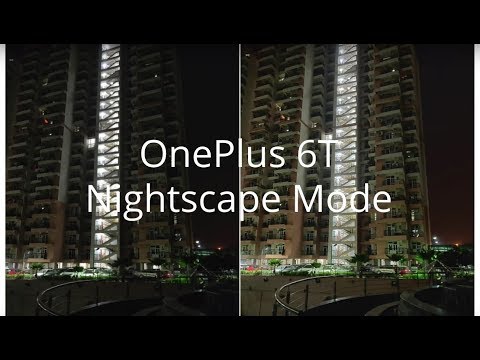