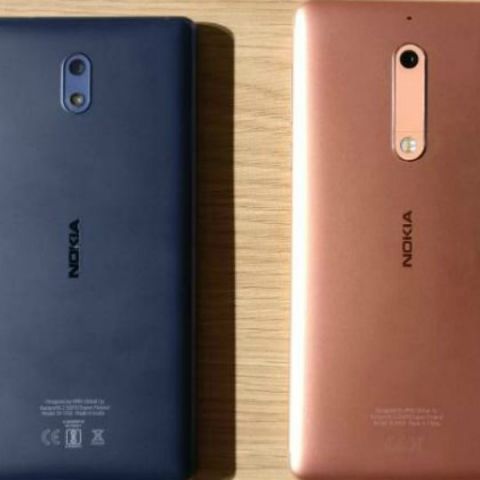 Nokia, the name, the brand, has an instant recall value and HMD Global has been riding high on the fact since the company first introduced the world to the Nokia 3(₹ 5890 at flipkart), 5, 6 and the nostalgic feature phone, Nokia 3310. The phones promise the purest and most secure Android experience, along with reliable after-sales services; something most smartphone makers push under the rug after they manage to rope in buyers. But, we are not here to debate if Nokia sticks to its commitment of timely OS updates and dependable service. We are not even here to discuss or question the technology that drives the new Nokia smartphones.

One thing that HMD Global seems to have done right is the way it plans to sell the newly launched Nokia 3, 5 and 6 in India. If you didn’t already know, the Nokia 3 and Nokia 5(₹ 5199 at Tatacliq) will be offline-exclusives. Strange right? In this world of flash sales and split second transactions, here comes a brand, years late in the smartphone revolution, launching two of its three debut devices through good-old brick and mortar stores. Here’s why the move is a stroke of genius.

First and foremost, Nokia is back and we are all very nostalgic, but the brand is at a huge disadvantage in the online space because of well established players like Xiaomi, OnePlus, Samsung, Honor, Coolpad, Meizu, Lenovo, Yu and many more. In fact, most major smartphone players in India have already tried and tested the online-only approach and it has proven to work well for these companies. Why? Well, because a lot of these companies have extremely tight budgets to be able to set up widespread offline distribution channels and it’s cheaper to sell online. Of course there is also the fact that online sales tend to garner more eyeballs.

In case of Nokia, HMD is entering India at a very crucial juncture. Not only do the Nokia 3 and 5 become free from competing with the better established online strategies of other smartphone companies, they also stands at the cusp of one of the biggest tax reforms in the country - GST.

Right now, most online/ecommerce smartphone retailers sell through places like Bengaluru and Hyderabad. In these cities, VAT on smartphones is around 5 percent as opposed to 10-12 percent in other cities. This gives online sellers an advantage of selling smartphones at lower prices. With GST, however, the gap between online and offline prices will become quite narrow, bringing about a sense of uniformity in the market. At such a time, Nokia, with its presence in 80,000 plus retail stores and 400 exclusive distribution partners, will have a good upper hand against brands that have limited offline availability, especially at the below Rs 13,000 price point.

That said, the offline smartphone market in India is still pretty big and all the more lucrative now, thanks to GST. As per analysts, the online channel makes up for only 30-33 percent of India's smartphone market. Chinese smartphone makers Oppo and Vivo are good examples of how a well established offline distribution channel can help ramp up sales, something even Xiaomi and OnePlus are trying to work on now. Realising this, even ecommerce players Amazon and Flipkart are looking to develop an offline sales presence. As per a recent report, Amazon is looking to enter the offline channel with brands like Coolpad, Huawei, Motorola and OnePlus. Flipkart, too, is in the process of finalising its offline strategy. So, an offline-only route is already shaping up to be a good move for Nokia’s much awaited comeback.

Another plus for Nokia and HMD will be the former’s brand value. Yes, Nokia lost a significant chunk of its brand value to Apple after the iPhone launch in 2007, but it still has great recall. Nokia is still the highest ranking brand in Finland, according to a recent Brand Finance survey. Nokia’s global brand value also went up 62 percent after the launch of the Nokia 3310. Figures aside, there seems to be a general sense of positivity and anticipation around the Nokia Android phones, no matter the specs, and HMD is confident of its market strategy.

“Does a phone lend itself to a great tactile experience that you have to touch and feel to buy? If so, we go offline. If the phone is looking fantastic from a specs point of view then maybe online. It’s humbling to see the kind of faith distribution partners are putting in our brand,” says Mehta, explaining the reason behind the company's offline-only choice.

Why then go online for Nokia 6? Mehta tells us that they are following their own example in China. The company sold “a ton of” products in China, says Mehta. The Nokia 6 retailed through Chinese ecommerce platform JD.com and HMD experienced that 75% of the consumers were millennials. The company anticipates a similar response in India.

Let us know what you think of Nokia's offline-only approach for the Nokia 3, 5. Will you be heading to a store to pick up your Nokia device? 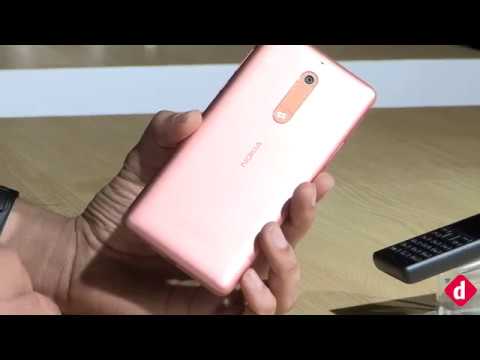