The smartphone market in India is undergoing change again. You probably don’t see it yet, but the shift from specs to design is becoming apparent, gradually. While design has been a key element in smartphones for a while, specs were usually given higher priority by most. Phones like the OnePlus X, though, prove that OEMs are trying to tip the scales in favour of design. And, the latest to enter this fray is the Lenovo Vibe S1. 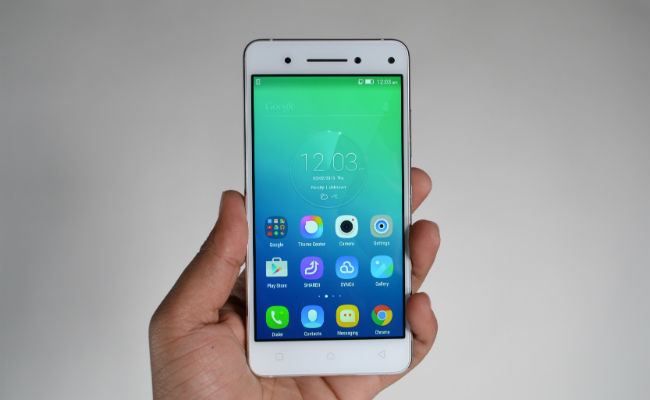 Glass on both sides is a popular design choice nowadays, as we saw in the Samsung Galaxy S6, OnePlus X, and now, the Lenovo Vibe S1. Unlike OnePlus, though, the Vibe S1 isn’t as sensitive to fingerprints. There are two colours to the phone – blue and white, and my personal choice would be blue, even though fingerprints show on it more easily than the white variant. The blue version just looks more stylish and attractive. 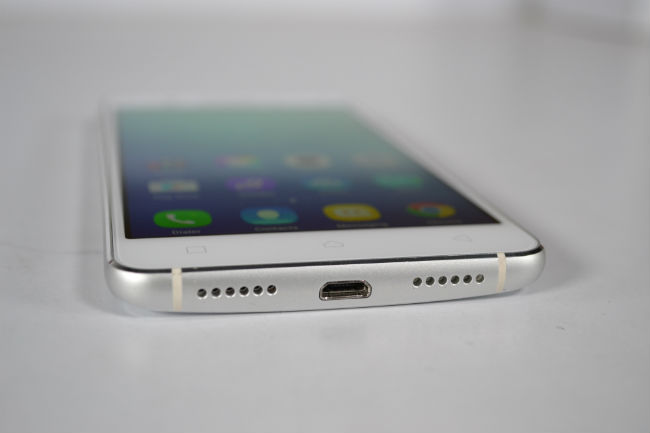 On to the Motorola influence then, the Vibe S1 has a curved back and looks like a Moto X, albeit with glass and not as small. At its thickest, the phone is 7.8 mm thick, and weighs only 132 grams, making it one of the most ergonomic designs in the market today. I loved the OnePlus X and its design, but I must admit that the Vibe S1 feels better in hand, and is just as compact. The difference-maker here is the curved back, which ensures that the phone fits your palm without any hassles. The only real problem that I have with the Vibe S1, though, is that it looks pretty pedestrian from the front. It has big bezels on the top, bottom and sides, which makes it look like any other phone. Again, this aspect is not as apparent in the blue variant, but in the white version, the front somewhat defeats the purpose of the whole design. Maybe, thinner bezels on the sides and capacitive buttons instead of physical ones would have allowed a sleeker look from the front.

Even though looks are subjective, the Vibe S1 and OnePlus X are easily the best looking smartphones in the sub-20k price bracket right now. In fact, personally, I’d say that they’re amongst the best-looking phones in the market overall. 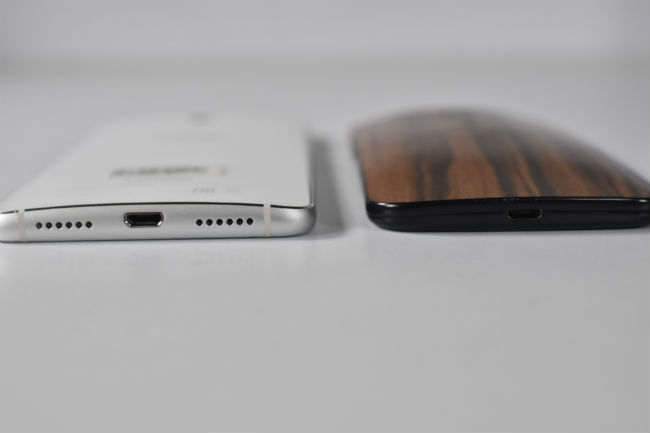 1080p resolution on a 5-inch display is usually good enough, and the Vibe S1 is no exception. The display is slightly on the dimmer side, and the colours don’t exactly pop, which is expected from an IPS panel. The Vibe S1’s display, though, pales in comparison to the OnePlus X and the Moto X Play. It is not what you would call bad, but it’s not as bright and attractive.

The fact that the display isn’t really vibrant is a shame, though, since Lenovo’s Vibe UI is quite colourful. Of course, Vibe UI still has its problems with pre-installed apps and the fact that it’s somewhat heavy on the system’s resources. It’s worth mentioning that many of the pre-installed apps on Vibe UI can be uninstalled, so they don’t exactly fall under the bloatware category.

My problem with Vibe UI on this phone particularly is that it doesn’t go with the phone. You have a design that is really sleek, stylish, and a UI that looks rather childish. It doesn’t really go with the rest of the phone.

Lenovo chose a 1.7 GHz MediaTek octa-core processor over the Snapdragon 615 for this phone, and it’s pretty much the right choice. While the processor doesn’t make this phone a groundbreaking performer, it's ahead of the Snapdragon 615, and almost comparable to the Snapdragon 801 in the OnePlus X. If you’re used to playing a lot of games on your phone, you’d choose this phone over a SD615-powered device, while OnePlus' device is still quite ahead. The phone doesn’t lag much when playing games and can take regular day to day tasks well enough.

For the sub-20k segment, it’s competitive in performance to say the least, and while the Meizu MX5 and OnePlus X can both do better, this one can’t really be counted out very easily. You’d be hard pressed to point out a difference, unless you put the phones side by side. At Rs. 15,999, it’s not bad at all.

While there’s a 13MP camera on the back of this smartphone, what Lenovo actually wants to sell is the dual-front camera. Unfortunately, the 8MP+2MP camera on the front doesn’t accomplish much. You can take a selfie and blur the background, or cut yourself out of the picture and paste on another picture, which is something photo editing apps can accomplish anyway. It’s not exactly a feature that you’d buy a phone for.

Speaking about the quality of the images though, the front camera on the Vibe S1 tends to soften images a bit, which can be good for a selfie. What’s heartening is that Lenovo hasn’t overdone the softening, and the colours are good enough in studio light conditions or outdoor sunlight. It stutters a bit on low light, but is still passable.

The rear camera, though, is a different story. On one hand, the Vibe S1’s camera is easily comparable to the OnePlus X, but where it lacks is in speed and processing time. The camera takes a few seconds too many to lock the focus, which becomes even longer under low light. In addition, the processing time is longer than a OnePlus X or Moto X Play. It’s not a bad camera by any sense of imagination, but from a purely comparative point of view, I’d have to go with the OnePlus X over this one.

The quality of images are quite nice. The Vibe Shot does well with colours, keeping them largely true to source, but it cannot render the detailing that the OnePlus X and Moto X Play can. Considering that it’s cheaper than both these devices, I’d call the Vibe S1’s camera satisfactory.

The 2500mAh battery on the Lenovo Vibe S1 is perhaps the biggest tradeoff that the company has had to make, in order to keep the phone thin and light. Unfortunately, it may not suit everyone. Realistically speaking, the 7-10 hours of battery life that you can get out of this smartphone is enough for many people, but it’s still not ideal. If you spend a lot of time outdoors, away from charging points, then you would have to carry a power bank. Like the OnePlus X, the battery life is not what we would want, but it’s pretty much the industry standard today.

To sum it up, at Rs. 15,999, the Lenovo Vibe S1 is definitely worth buying. While looks are subjective, between the OnePlus X and this one, I’d personally go for the Vibe S1, simply because the curved back feels better and the phone is lighter than the OnePlus X. If you’re looking for a good looking smartphone under 20k, then the Vibe S1 should be in your radar. You get a good camera, satisfactory performance and display, and average battery life. If that suits your needs, go for it.