HTC Vive: Shipwrecks are enjoyable when you walk around on the ocean floor 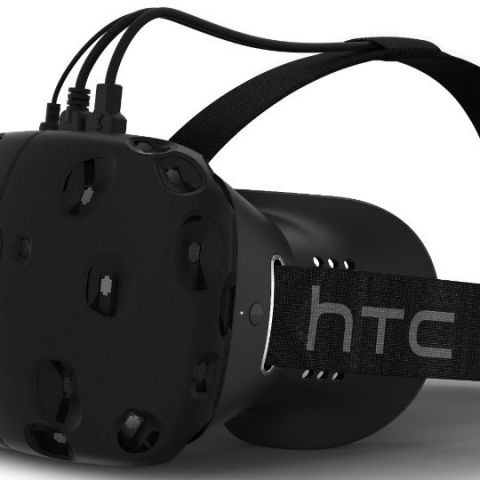 My friends and I have often fantasised about what it would be like to be in Questworld. The Hanna Barbara cartoon series, Jonny Quest, has been the subject of discussion for most kids from my generation. When I first tried the Oculus Rift, I had put up an emphatic status message on Facebook, announcing that human kind had come closer to living that cartoon than ever before. One year later, here I am writing about the HTC Vive, and its one important feature -- room scaling. As technology journalists, our jobs entitle us to try out and experience a lot of things that are not accessible to the general public. That said, their inavailability can also cloud our judgement of the future. Very few consumer gadgets today can actually be given the 'future' tag. Amongst those though, the Vive takes a coveted top spot. It'll of course be immensely fun to game on such a device, but it doesn't take a genius to recognise its other applications as well.

In the Oculus Rift, I had played two games, Crysis and Alien Isolation and I remember it as vividly as if it happened yesterday. The Vive though had a more lasting impression. Why? Because room scaling. The Vive uses a bunch of cameras to create a room in which you're free to move around while wearing the headset, with two controllers in your hand. The best way to explain these controllers would be to imagine two joysticks, except that they're not affixed anywhere. They have a button and scrollers to help you navigate between various things you'd need to do in the virtual environment.

After experiencing two variants of the Rift, I honestly wanted a game to play here, so that I could put things in direct comparison. Also, Valve's participation in the HTC Vive just screams gaming. No such luck though, I started with a shipwreck, where I was standing on the ocean floor, with what I imagine was my ship, wrecked beside me. I could move around as I wanted and would see a green mesh whenever I'd approach a wall.
This is where room scaling helps. The environment is as immersive as any VR headset, but the fact that you can move around just makes it that much easier to forget the real world around you, which is exactly what happened the first time I saw the whale approaching me.

But room scaling also poses a problem that HTC and Valve will have to solve. When I used the Oculus, I was aware of the animated effects in the video and I didn't mind it. Here though, the fact that the entire scene around me is animated is all too real. The immersiveness of the HTC Vive can be hampered by the quality of video/content that is being played on it, much more than it can in an Oculus Rift.

The real application of the HTC Vive though came in with the second task that was given to me. HTC presented a 3D drawing program, where the controllers worked as the paintbrush and pallete, while the entire world around me was a canvas. I could change the theme, to stand in space, while I draw on the moon, or walk from the moon to the Earth, while drawing a bridge between the two. I personally have no artistic intent whatsoever, but it's easy to recognise how a graphic designer can use this. You can literally step into what you're drawing and I can only imagine how people with more artistic sense will be able to use that to their advantage.

To conclude, the HTC Vive is to virtual reality what the Microsoft Hololens is to augmented reality. It's the future, and though it needs polishing and a lot of content and testing, there's potential there. I still wish there would be a way to do away with the controllers altogether, but the Vive's joystick like controllers are definitely better than gamepads. The Vive also felt quite comfortable while I wore it and I saw no lags in the virtual world.

It's not Questworld, as shown in Jonny Quest, but it's the closest we've ever come to it.