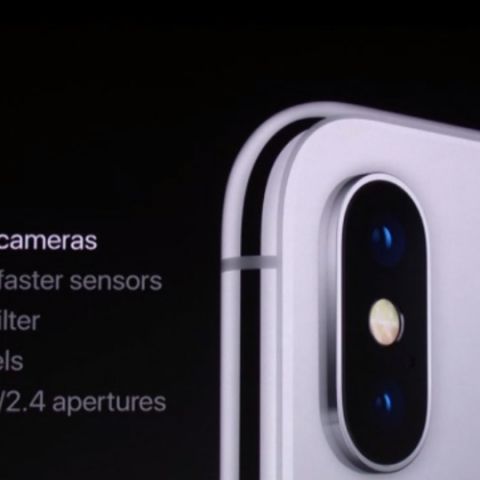 Apple has taken the wraps off its precious new iPhone X, and with it has come a bunch of new camera announcements too. This year, though, the announcement of the new cameras happened on a much more low profile note than last year’s iPhone 7 Plus. The special edition Apple iPhone X (pronounced as iPhone 10) celebrates a decade of the iPhone’s being by optimising the dual camera layout first introduced in 2016, with the iPhone 7 Plus.

So, what’s new here?
Rear camera
Straight off the bat, the iPhone X uses new sensors, and Apple claims that both the sensors used for the standard and telephoto cameras are bigger in size. Theoretically, this should translate into better photograph quality. Apple also states that both the sensors now have ‘deeper’ pixels, although what that exactly means remains to be found out, and so are the exact makes of the sensors in question. However, Apple seems to be pointing at sensors that have faster focus pixels, and that should sum up to provide faster autofocus time, both for photographs and videos. 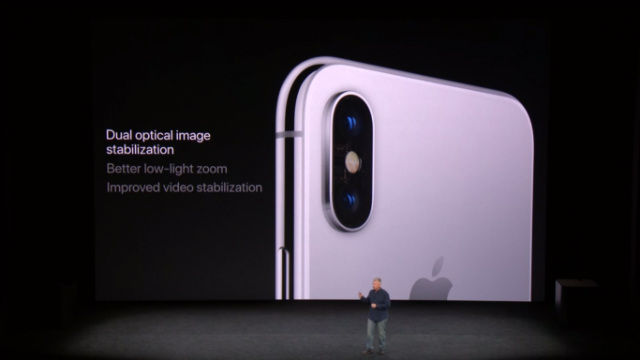 Alongside, the telephoto lens on the iPhone X gets a faster f/2.4 lens, which should increase both low light photography and the bokeh effect that was first introduced via Portrait Mode on the iPhone 7 Plus. Both the camera units now get optical image stabilisation, and these two factors combined should significantly improve the standalone telephoto camera performance on the iPhone X. The special edition iPhone also gets a quad-LED 'True Tone’ flash, to improve low light flash shots.

Front camera
The front camera, however, is where Apple seems to have put in a lot of effort this time. The front camera module, alongside getting a new sensor, also gets an infrared camera and a dot projector. It also gets flood illumination and a new, Apple-customised image signal processor (ISP) that enables depth-sensing, and thus enables bokeh on the front camera. While the primary reason for the inclusion of the peripheral elements (IR camera, dot projector and flood illuminator) is to facilitate the all new Face ID biometric face security lock, these elements should also play their part in the front camera’s performance, even if Apple does not seem to explicitly mention it.

Portrait Lighting
While the physical upgrades are all about improving the setup that was established with the iPhone 7 Plus, the software features are all about further optimising the background defocus options. Hence, Portrait Lighting - Apple’s software-induced, ISP-based three-dimensional lighting to enhance emphasis on the subject and subsequently level the light balance between the background, midground and foreground. 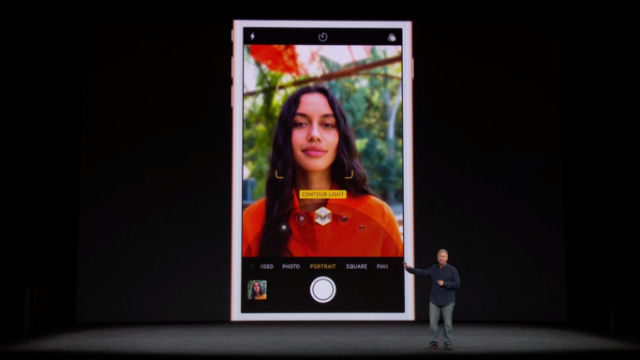 Portrait Lighting offers multiple modes - Natural, Studio, Contour, Stage, and Stage Mono. For each of these modes, Apple’s camera algorithms apply artificial filters to emulate the effect that physical studio light arrangements would have on a subject. For instance, the Natural mode in Portrait Lighting emulates the play of natural light on the subject and keeps the photo’s background more or less similarly lit as the original composition. The Studio mode appears to emulate the classic, three-point Kino Flo studio lighting system so that the subject’s face appears more uniformly lit, and the background fringes appear slightly darker. The Contour mode, similarly, emulates the addition of contouring filters on physical lights, emulating the warm tungsten effect of studio lighting along with highlighting facial textures with relevant shadows. This presumably takes help from the dot projector to gauge three-dimensional depth and then facilitate the addition of shadows to bring out the contours.

While the Apple iPhone X’s camera, at least on presentation, does not seem to be a completely new affair, Apple has certainly thrown in a lot of new features to make better use of the two cameras. With faster lenses, larger and faster sensors, and the plethora of features in the front camera, the iPhone X may just have what it takes to present well-refined background defocus photographs.

All of it, however, is subject to testing, at least for now.