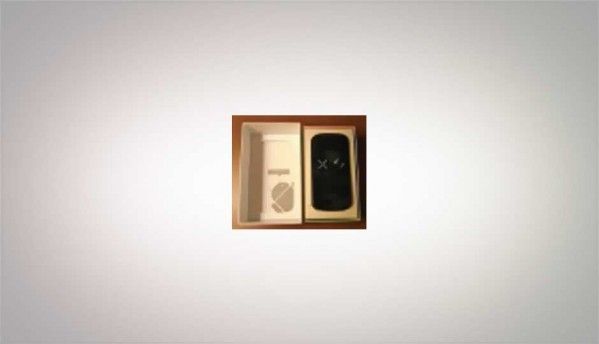 Google's latest flagship cell phone is going to be a top holiday gift for cutting-edge geeks. Fast, smooth and elegant, the Nexus S is the new top Android phone, the first "Gingerbead" phone, and it'll be the first one to receive new updates to Android as they come out. That's going to be worth $199 (with T-Mobile contract) to quite a few people.

The Nexus S comes in a small white box, just like the earlier Nexus One phone. (For more details, see our unboxing and hands-on slideshow.) This isn't a carrier-neutral phone, though. A T-Mobile booklet holds a prominent place inside the box.

The hardware feels very similar to Samsung's Galaxy S, which is a very good thing. It's just been refined. For instance, the Galaxy S has a slightly garish chrome plastic accent around the edge; the Nexus S gets an all-black body, which blends better.

The Nexus S uses the same 1Ghz Hummingbird processor as the Galaxy S; no change there. The screen appears to be the same 4-inch, 800x480 super AMOLED panel, although Samsung has apparently curved this one very slightly to cradle your face. That's a very slight curve indeed. I couldn't really notice it in use.

And then there's the invisible NFC chip. I can't get too excited about this right now; while NFC is supposed to let you tap your phone on things and receive a response, right now there's nothing to tap it on. Google told me they look forward to restaurants enabling Foursquare check-ins with physical taps on a poster, for instance. We'll see.

So the physical phone is, somewhat surprisingly, not a big deal. The biggest change is Gingerbread, which brings a lot of refinements and solves a lot of problems in Android's 2.2 "Froyo" build.

Android 2.2 was faster than Android 2.1, but tended to burn more battery for a lot of people. Gingerbread attacks this problem in a lot of ways: by a new UI skin with more black to prevent the screen from draining the battery, by offering a task manager you can access from the home screen, by treating misbehaving programs more strictly, and presumably by fixing whatever in 2.2's Microsoft Exchange client so strongly affected battery life.

Running the Neocore and Softweg benchmarks on the phone, I found that Gingerbread doesn't improve raw CPU or graphics performance the way 2.2 did. But the phone scored faster than Samsung Froyo devices on the memory and file-management tasks, which is intriguing and could lead to the phone feeling faster. And while the Nexus S only has HSPA 7.2 — not T-Mobile's faster HSPA — it got great speeds on Ookla's Speedtest benchmark, over 2Mbps down.

[RELATED_ARTICLE]There have also been a bunch of interface refinements. For instance, the little "3G" at the top of the screen turns green if you have a Google account. Copying and pasting text uses large, easy-to-grab handles. There's a neat graph in the power manager which shows how much battery you've been draining over time. Many more things, like the background of the phone dialer buttons, are black.

Google improved the onscreen keyboard, but not enough in my view. It's okay, but it's no Swype; it's still stabbing at tiny little touch targets with your finger.

The new camera app is quite slick-looking. I recorded and shared a video with the front-facing camera and sent it through Gmail quickly and easily. The common front-facing camera APIs in Gingerbread will hopefully lead to better video chat software than we've seen previously, as well.

I love the animation as the phone turns off, too: the screen shrinks to a horizontal line like an old-school TV.

The Nexus S will be available at Best Buy stores and BestBuy.com starting December 16, for $199 with contract or $529 without. We'll have a full review of the Nexus S next week.