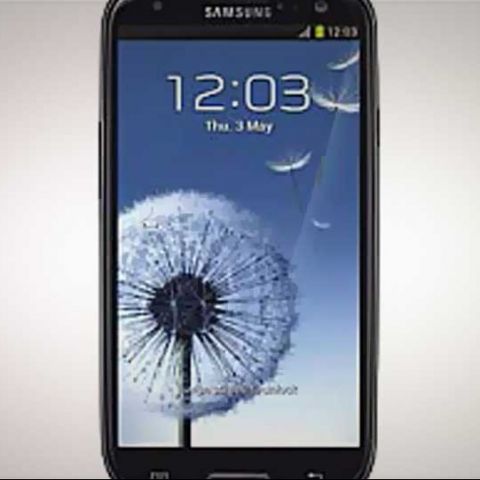 Smartphones
The year 2012 was an absolute blur, particularly for someone who covers smartphones as a beat. No sooner had one phone got launched than you had the ‘leaks’ and ‘rumours’ about the next big launch. The market was more aggressive than ever and if this trend continues next year as well, then expect a virtual bloodshed in this segment. The highlights of the year inevitably included the new iPhone, which sported a bigger display and more power. The Apple Maps’ futility, helplessness and incompetence did spoil the fun though.

Samsung led Android’s charge with the Galaxy  SIII and made the phablet category even more enticing with the very powerful Galaxy Note II. Equally enlightening was the courtroom saga with Apple, something that still continues. Google launched its flagship Nexus 4 in collaboration with LG at a sweet price of USD 300 in the US, but expect Indian pricing to be much higher. It launched with the stock Android 4.2 OS, also named Jelly Bean.

Quad-core processors became commonplace with the HTC One X, HTC One X and LG Optimus 4X HD, which are possible alternatives for someone who wanted a very powerful phone. The dual-core processors are now the way forward for mid-range Android phones and Sony is leading that with the NXT range of phones and the Xperia U and Xperia Sola are prime examples. Even so, the more affordable phones now clearly are better built, and have impressive specs – something that was inconspicuous by its absence till now.

Microsoft started off the year with the Tango 7.5 update for Windows Phone. Along the way came some really competent smartphones, with the Lumia 800 and the Lumia 900 being prime examples. The Redmond giant ended the year with a bang – Windows Phone 8. Expect some massive activity around the Windows Phone ecosystem next year.Symbian possibly took its last mighty swing with the Nokia 808 PureView. The phone was disap-pointing because the OS is dated, but the camera was rather brilliant. For someone who wants a phone that works and will utilise the camera more, this is a very good option. And with the budget Windows phones now arriving in the sub Rs. 10,000 price bracket, the consumers now have a wider choice available. Blackberry has been fairly silent in 2012, with no exciting phones launched. Yes, there was an entry-level Curve for the college crowd, but that’s about it.

So let’s get down to the awards, shall we.

Samsung Galaxy S III (Zero1 Winner)
This is by far the best Android phone to hit the market this year. Yes, there were the pretenders to the throne – the HTC One X and the LG Optimus 4X HD, but the Galaxy S III was by far the best phone among all. The performance scores blow the rivals out of the water. We heard a lot of criticism directed at Samsung for sending out the Galaxy S III with the PenTile display, but we had said it back then, and will say it again now – this is a non-issue, and will not stop millions from buying it. Back to the present, and those words of wisdom have come true!

Apart from the excellent performance, the Galaxy S III also has some very nifty little features. Smart Stay keeps the display switched on as long as you are looking at it. Pop-up play lets you play a video and pin it anywhere on the screen while you continue working on another application. Direct dial lets you call a contact by just opening their contact in the address book and bringing the phone close to your ear. As if all this wasn’t enough, the TouchWiz UI is very well optimized and doesn’t hamper performance like a lot of Android skins that come with various phones. All in all, this is the phone to buy if you want the top-of-the-line Android phone in the market today.

Apple iPhone 5
The advert says, “Best thing to happen to the iPhone, since the iPhone”. We have to agree. As if the iPhone 4S wasn’t brilliant enough, the iPhone 5 just takes that extra step in terms of build quality. The bigger footprint comes from the vertical height and that is because of the bigger display.The OS remains exactly as what we have seen earlier, in terms of the interface and usability, but Apple took the decision to remove certain critical Google services. That wasn’t one of the best decisions by a long shot. Apple Maps has become the laughing stock globally, for its complete incompetence. We know people who have painfully downgraded their iPhones back to iOS 5. For anyone who doesn’t need the navigation guidance on the iPhone, the iPhone 5 with iOS 6 is a delightful experience. The newer and more powerful processor, more RAM and bumped up graphics chip – the perfect recipe for a very good smartphone. Good? Well, we are being modest! 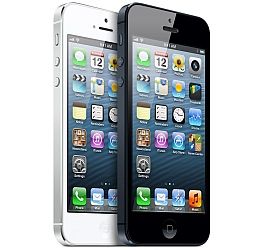 Samsung Galaxy Note II
What the first generation Galaxy Note did was to bring the hybrid device between the smartphone and the tablet to the masses. The popularity of the Note surprised us as well, admittedly. What the Note II does is build on that, with a lot more power, an even bigger display and the very latest OS on board. Consumers who prefer a big screen device are the ones who are in surprisingly huge numbers. You have the alternative in the LG Optimus VU, but the Galaxy Note II is just far superior as a whole – the latest OS, excellent performance and very good build quality. 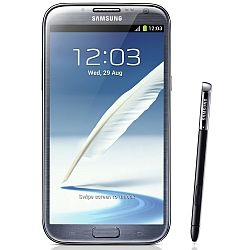 The mid-range smartphones launched in 2012 were fairly impressive. Dual-core processors became sort of the norm for Android phones. But the major excitement came from price-cuts that saw a lot of 2011’s excellent phones become more affordable. While we cannot consider them for this edition of the awards, we must mention that the truly amazing Motorola Razr and the fairly competent HTC Sensation XE are now available below Rs. 25,000. The Windows Phone enthusiasts will be delighted to hear that the Lumia 800 also saw a price cut, bringing it down to below Rs. 20,000.

HTC One S (Zero1 Winner)
When it was launched, we were quite aghast that HTC had priced it very close to the quad-core processor powered One X. But, over a period of time, the market corrections have brought the HTC One S’s price to just below Rs. 25,000. In this category, it is by far the best performer. When we had reviewed this phone, the benchmark tests made for interesting reading – the scores were well ahead of any dual-core phone in that category and running after the quad-cores rather consistently. It has a fairly good camera and is in line for the Android Jelly Bean update. This leaves no doubt that the One S is by far the fastest phone under `25,000 and is a good option to consider.

Sony Xperia P
One thing that went in its favour straightaway was its excellent build quality. The design is very similar to the more expensive Xperia S, and the build quality isn’t inferior in any way. Took some time to catch the consumers’ attention, because Sony inexplicably sent it initially with Android Gingerbread, when phones were coming out of the box with Ice Cream Sandwich. The update took care of that problem, and the Xperia P is one of those consistent performers that know their limits and work well within them. Consider this if unique looks are important to you. Do remember, this has a slightly smaller display than the One S. 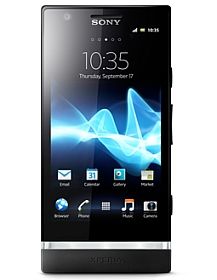 Nokia 808 PureView
You may be slightly surprised to see this phone mentioned here, but the price changes have also brought this down to Rs. 25,000 and thereabouts. Yes, Symbian is not the slickest OS around, but do remember that you will get all the popular apps on the Nokia Store. But the biggest factor is the PureView's 41 MP camera, which is pretty much unmatched in terms of the performance. Buy this phone if you do take a lot of pictures.

Tablets
As far as big players went, apart from the usual Apple vs. Samsung battle, both on the shop floor and in the courtroom, the other tablet makers, such as Acer, Motorola and HTC were rather silent for the major part of the year. The much-expected HTC fight-back after the Flyer didn’t materialise. Blackberry’s PlayBook with 3G capabilities launched in some countries, but hasn’t reached India yet. Same with Sony’s Xperia tablet, which was launched amidst much excitement in the U.S., but some build quality issues halted its march rather prematurely.

ASUS gave us the amazing follow-up to the brilliant Transformer. Apple, uncharacteristically, launched three tablets – the third generation iPad, the iPad Mini and simultaneously the fourth generation iPad. Samsung launched a few tablets, but the Note 800 was the most exciting.

In the Indian market, the budget tablet segment was abuzz with activity. That proved to be the real boost the market needed to get the tablet as a device on to the consumers’ radar. The price range for these tablets was between Rs. 5,000 and Rs. 15,000. Some of the more popular ones to come out of the crowd include the Micromax FunBook Pro, the Zync Z990 and the iBerry AUXUS AX02, which performed really well during the tests. Aakash Tablet was launched amidst much fanfare by Union Minister Kapil Sibal, but the project didn’t do well in many regards. Many of the pre-orders were not fulfilled, and the tablets themselves had quality issues. The Aakash II project has successfully commenced, with the recent launch of the tablet. Budget tablet makers are crying foul over the price of the Aakash tablet, which will undercut them massively.

Apple iPad (3rd Generation) Zero1 Winner
The best tablet in the market just got better. Just to get the timelines right, the 4th generation has also been released globally, along with the iPad Mini, but those have still to be reviewed by us. A faster processor, more RAM, more powerful graphics and the Retina Display makes the third gen iPad the tablet to own. The moment the rivals come close, Apple just moves the benchmark further. The new iPad is slightly thicker and heavier than the iPad 2.

Samsung Galaxy Note 800
From Android’s side, the one that gives the iPad some competition is the Samsung Galaxy Note 800. This is the best Android tablet in terms of performance, and pips the ASUS Transformer Prime, which was the leader till then. Apart from the quad-core processor, the aspect that makes the difference is 2 GB of RAM, which should be the norm going forward, for high-end Android tablets. Excellent display and all the Galaxy Note II phablet’s S-Pen capabilities are now also on the full-fledged tablet. The only niggle is its plasticky build. Must consider, if you want the very best Android tablet out there.

ASUS Transformer Prime
Its predecessor showed us another side of tablets and the Transformer Prime built on that brilliantly. This was the first quad-core processor powered Android tablet. But the real USP was its full-fledged keyboard dock that offered connectivity options for USB devices and an extra battery pack. Rather expensive, but then again, this is the tablet that comes close to offering the convenience of a netbook’s keyboard when you need it urgently. It also offers good display and excellent battery life. 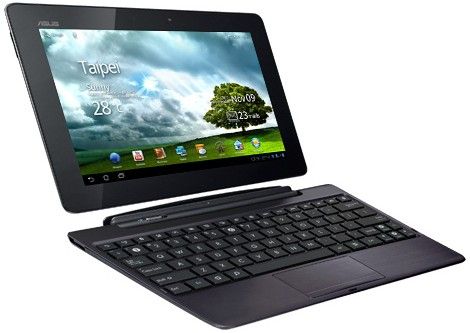