Comparison: Nokia 6 vs Moto G5S Plus 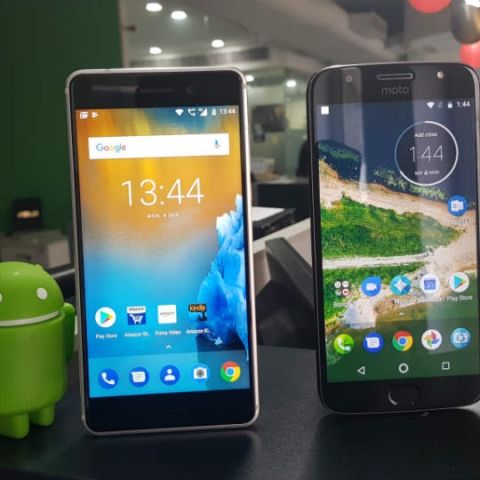 As far as mobile phones are concerned, brand Nokia has an enviable position. But, with great power comes great responsibility, and HMD Global plans to live up to that through vanilla Android software and above average build. Reminds you of another brand doesn’t it? Motorola is perhaps the greatest threat to Nokia’s return, and with the Lenovo-owned brand increasing offline sales, it’s a head-on battle.

Coincidentally, Motorola recently launched a phone that competes directly with the best Nokia has to offer in India today. The Nokia 6 is priced at Rs. 14,999, while the Moto G5S Plus costs Rs. 15,999. So, which phone should you buy?

If metallic build was the end all and be all for a smartphone, then these phones are evenly matched. The Moto G5S Plus improves on its predecessor with a full metal build, while the Nokia 6 has a similar construction. Both phones feel solid and can take a few bumps. The Nokia 6 is slightly taller than the Moto G5S Plus, but since both have a wide form factor, they're difficult to use with one hand. 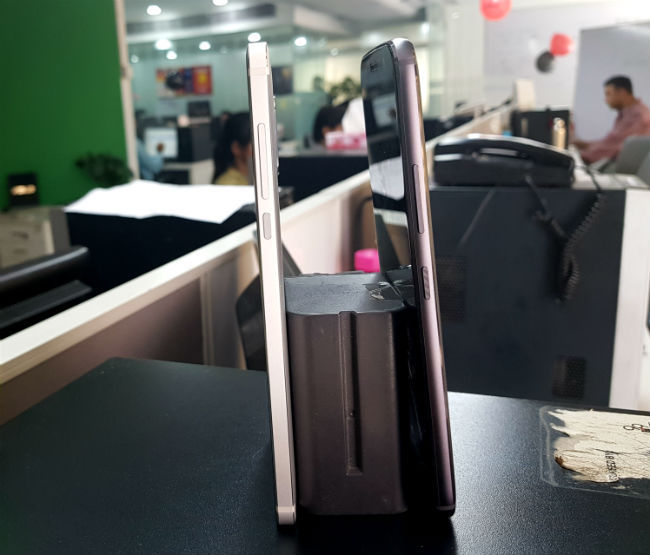 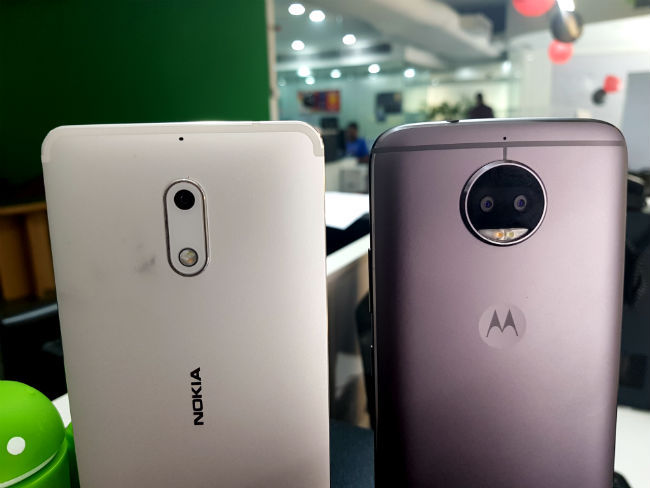 The two phones are really evenly matched as far as build quality is concerned. The only discernible difference is that the Nokia 6 has sharp edges that dig into your hands, while the Moto G5S Plus has a more polished finish. On the other hand, design is subjective from user to user. We do believe that the Nokia 6 is a better looking smartphone, thanks to the thick ugly bezels on either side of the Moto G5S Plus’ screen.

This is another area where the two phones are almost evenly matched. The Nokia 6 and Moto G5S Plus have 1080p 5.5 inch screens, but their colour tones are markedly different. The Moto G5S Plus has a warmer colour tone, closer to AMOLED-like colours. However, the Nokia 6 chooses a cooler tone, leaning towards the bluer hues. 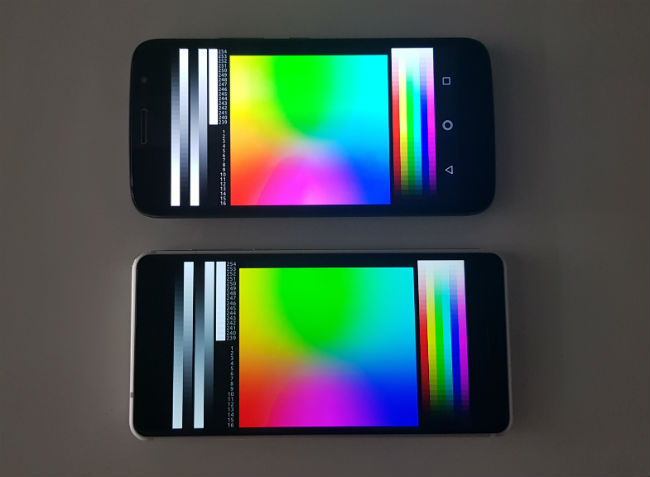 The Moto G5S Plus gains a slight edge here, thanks to better contrast and distinction of colours. While this difference is only noticeable on side-by-side comparison, for the sake of comparison we’d have to pick the Moto G5S Plus over the Nokia 6. For the regular user, the choice should be based on whether you’re a fan or warm or cool colours.

This is a major difference maker between these two phones. The Moto G5 Plus is about 20-30% faster than the Nokia 6, and on side-by-side comparison, you will notice that apps load faster on the Motorola phone. The Nokia 6 has a general sluggish feel to it. Both phones run the same stock Android UI with almost no pre-loaded apps, but the Moto G5S Plus is noticeably faster, snappier and smoother. Even built in apps, like the camera will load faster on the Moto G5S Plus.

Benchmarking the two devices further corroborates this. The Nokia 6 is behind the Moto G5S Plus in all of our usual benchmarking. Moreover, the Snapdragon 430 isn’t as efficient as the Snapdragon 625, leading to very noticeable heat generation on the Nokia 6, even when gaming in air conditioned rooms. 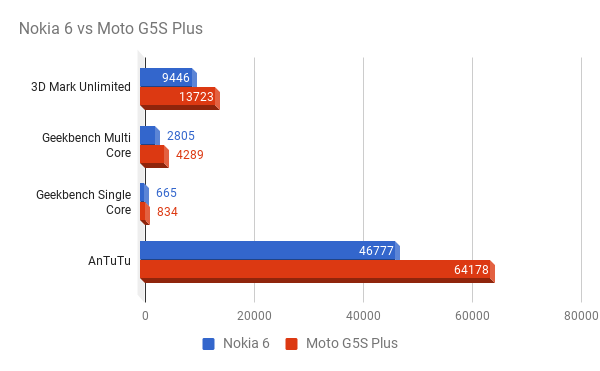 Simply put, while day-to-day performance isn’t greatly affected here, but the Nokia 6 is likely to slow down faster than the Moto G5S Plus. The phone also has 3GB of RAM, compared to the Motorola’s 4GB, and that will also be a contributing factor over the longer term.

Note: Speaking of memory, Motorola scores a major victory here with 64GB storage on the Moto G5S Plus. The Nokia 6 has 32GB storage, which should be fine for most users. But when it comes to storage, it's always more the merrier.

Specs wise, the Nokia 6 sports a 16 megapixel camera, against the 13MP dual-camera setup on the Moto G5S Plus. That already puts the Nokia 6 at a disadvantage, since the Motorola phone is able to achieve better bokehs using its two lenses, and offers 2x zoom, that works noticeably better than the Nokia 6’s digital zooming capabilities. 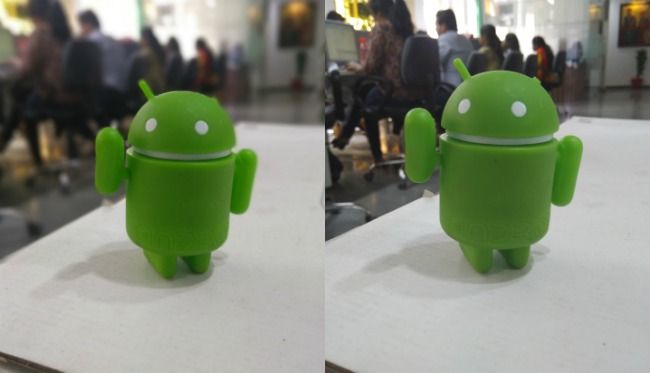 The Moto G5S Plus (left) can produce bokehs using its two cameras, while the Nokia 6 (right) can't

For the sake of the comparison though, we have to treat the two phones as having single cameras. So, sample shots presented below were all taken in auto mode and in various light conditions. There are also image galleries after the cropped photos, that contain the full sized images taken by the two phones. 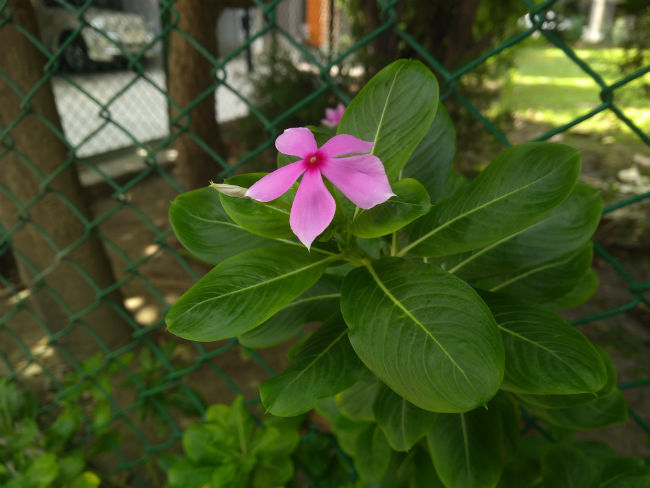 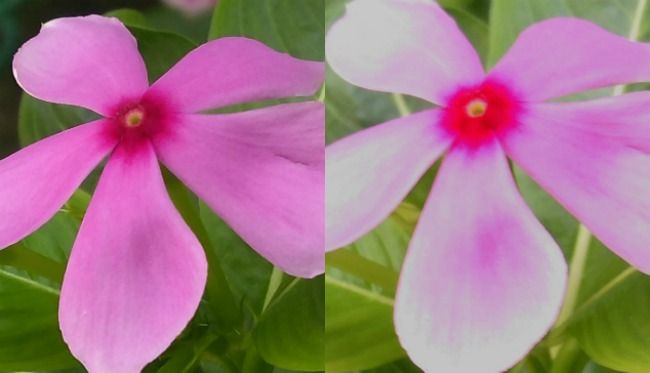 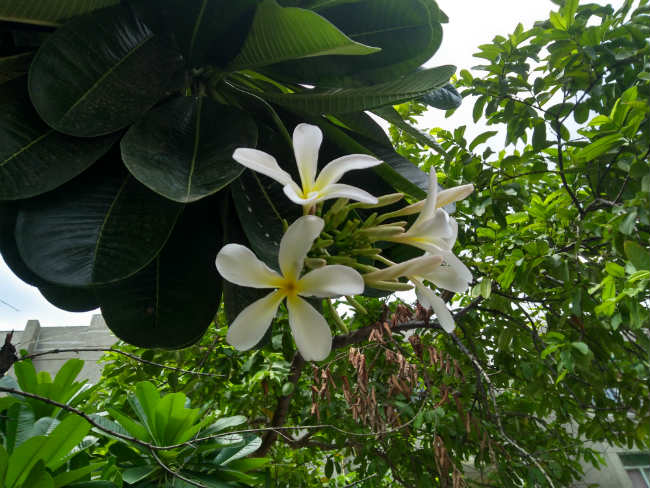 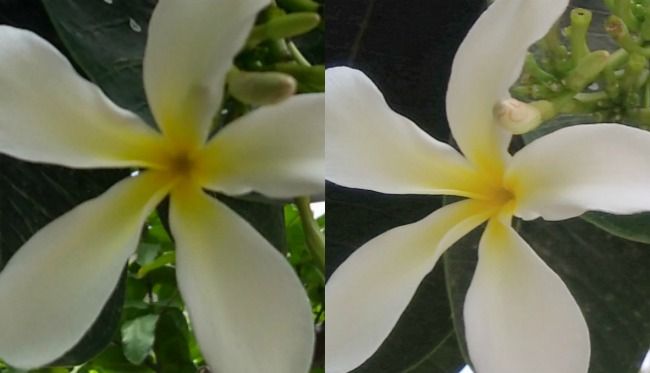 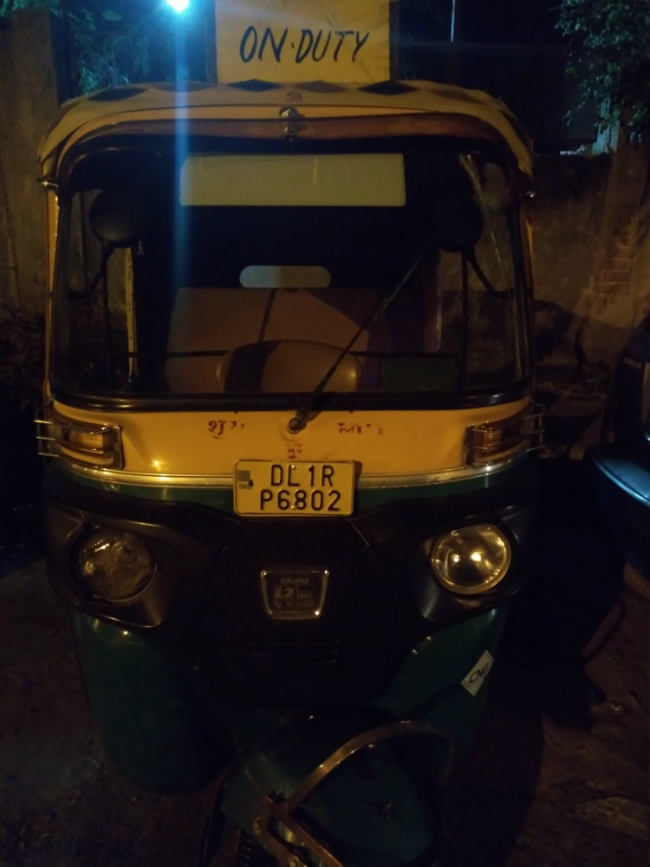 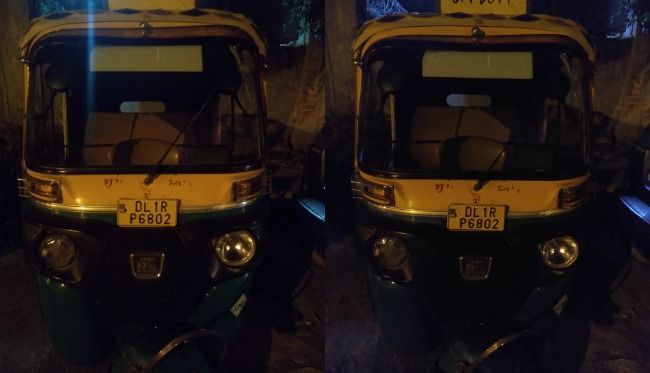 However, the competition is closer (surprisingly) when shooting under low light. Both phones take decent shots when in low light, but the Nokia 6 is sometimes better at brightening the overall scene. In the first image below, the Nokia 6 shows more of the scene, while the Moto G5S Plus darkens a large part of it. But, in doing so, it also messes up colours in the scene. 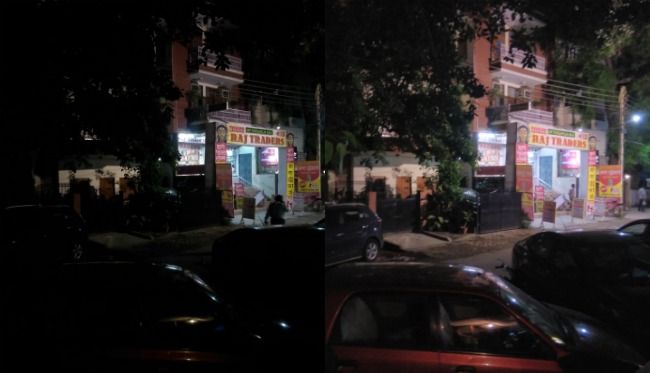 That said, the Moto G5S Plus still produces more details in low light and in indoor conditions. Colours reproduction is more or less the same for both the phones, although Nokia sometimes took the lead in low light. Overall, the phones are evenly matched in low light, but neither is really dependable. 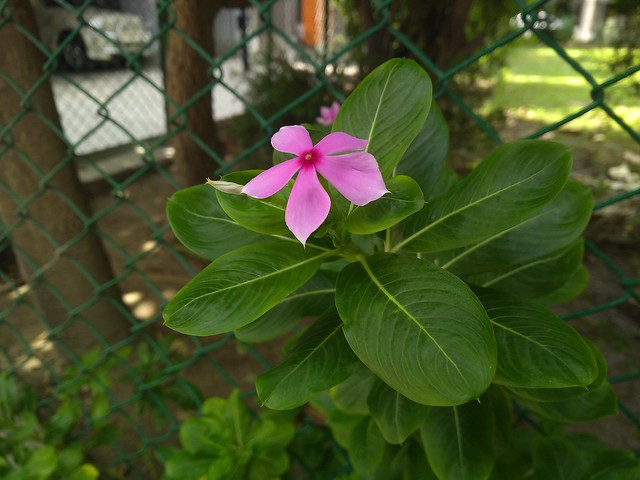 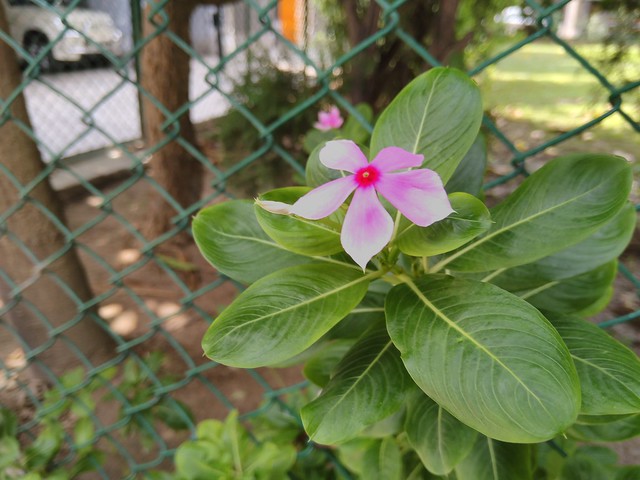 Another point to note is that both these smartphones have very slow cameras. They take too long to process photos and autofocus speeds aren’t great either. The Moto G5S Plus is slightly faster in focusing photos, which is perhaps thanks to its faster processor. That, the software elements and noticeably better performance on daylight conditions makes the Moto G5S Plus a better camera to shoot with.

Barring the processor and camera specs, these two phones are quite evenly matched. They have similar displays, metallic builds and the same battery size. But the Snapdragon 625 (on the Moto G5S Plus) is built on a more efficient 14nm process, against the 28nm semiconductor size of the Snapdragon 430.

In practice though, the two phones produce similar battery life. You can expect a day’s worth of battery from each device, and neither will get by without a charge every night. Our battery tests lasted for about 10 hours on each phone, which is good, but not the best you can expect from phones today.

For budget buyers, the Moto G5S Plus is a better smartphone to buy than the Nokia 6. While the phone does cost you Rs. 1000 more, it justifies the same with better performance and a much better camera. The Nokia 6 is a good looking and well built smartphone, but it doesn’t have much more to offer. 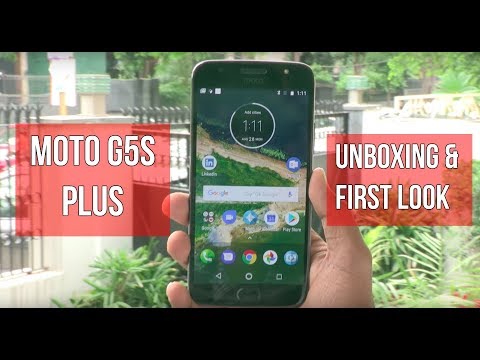