Blackberry Key2 First Impressions: A smarter upgrade from its predecessor 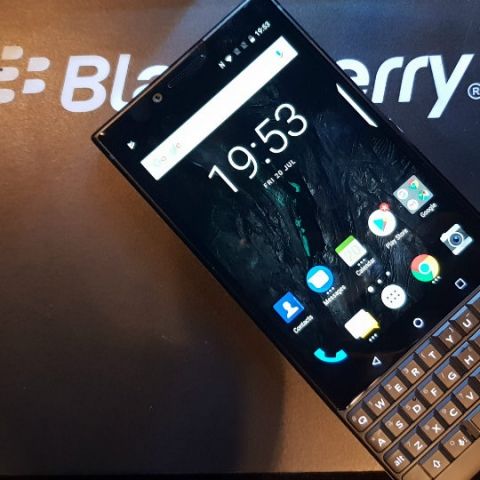 The Blackberry KeyOne that launched last year wasn’t your typical candy-bar style Android phone. It came with a physical keyboard and that made all the difference. It’s successor, the BlackBerry KEY2(₹ 42990 at amazon) that launched in India on Monday works on the same formula, fine-tuning and upgrading the features and hardware. It remains a niche device with a relatively smaller screen and a physical keyboard that doubles up as productivity powerhouse. But at Rs 42,990, the Key2 isn’t for everyone. In our first impressions of the privacy-centric phone, we’ll outline the features and how it all adds up to the old-school charm of a QWERTY keyboard. 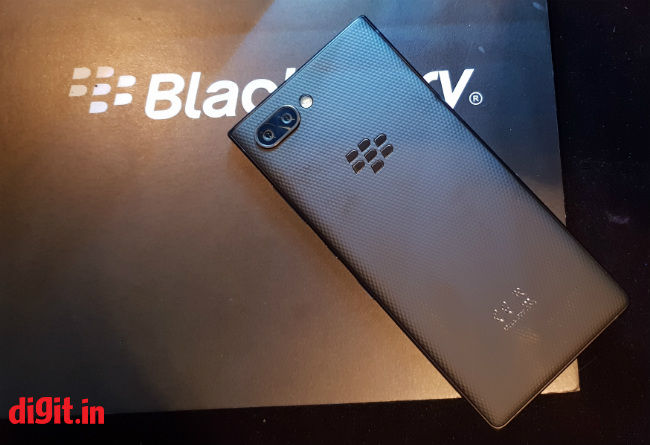 The BlackBerry KEY2, like its predecessor, looks anything like your regular Android device. It has a physical QWERTY keyboard that is larger than before with bigger keys. The fingerprint sensor is embedded in the space bar key and there’s a reprogrammable function key at the bottom of the keyboard. The volume rockers, the power button and a new convenience key are all housed in the right side of the phone. The back has a rubberised texture that feels quite premium but tend to gather dust and oil smudges easily. There’s a dual camera unit at the back, a first for a Blackberry phone. The screen is also relatively smaller than the usual full-screen Android phones. The phone is built out of aluminium alloy and is quite hefty as well that renders a better grip to the phone. The keys on the keyboard are also larger and it bulges out from the center to help with the typing experience. Being used to typing on touch-screen phones where a feather-touch is enough to type out something, pressing the hardware keys on the Key2 seemed a little alien. Interestingly, the keyboard also doubles up as your navigation pad. Swipe along the keys left, right, up or down and you can navigate the phone without having to reach up to the display (which is also a tad difficult to do). Overall, the Key2 comes across every bit as premium as its high-end contemporaries and while the typing experience may get a little used to, it’s good to see Blackberry maintaining the ‘businessman-like’ looks it was once known for.

The real estate up front is divided among the physical keyboard and the display. Unlike other Android phones that are fitting more and more screen real-estate in the available space, the Key2 is a refreshing departure. It’s 4.5-inch full HD IPS LCD panel might not be stuff of dreams for a binge watcher and a gamer, but it’s a boon for people who has to spend his days typing out long paragraphs on his phone. The size has increased by a few inches from its predecessor and the pixel density is quite high, which indicates content on the screen comes out sharp and vivid.

Despite its high price-tag, the BlackBerry KEY2 isn’t a flagship device, at least in terms of the hardware powering the phone. It runs on the Qualcomm Snapdragon 660 SoC coupled with 6GB RAM and 128GB storage which is expandable via a dedicated microSD card slot. The phone did feel fast and snappy for the little while I had it in my hands, but not as outrageously fast as the OnePlus 6 which incidentally, is much more affordable than this. 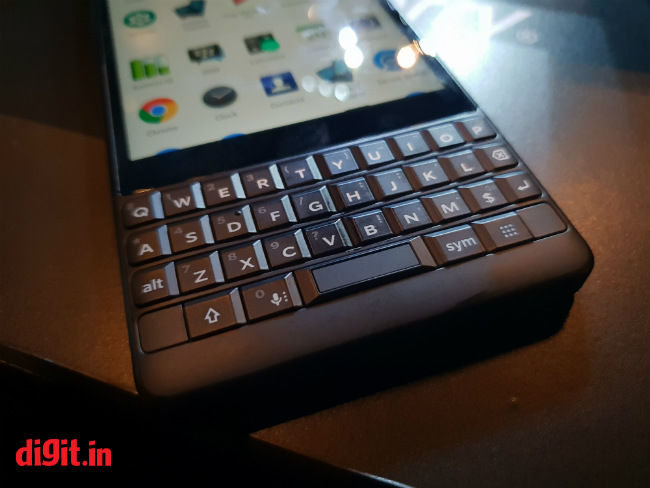 The focus of the Key2 is on three things — Privacy, security and convenience.  The software of the phone is centered on these three things. For privacy, you get a suite of apps that prevents onlookers from peeping into your phone. A privacy shade that darkens out the entire screen except for the part you are reading. A redactor app that blackens out the text you do not wish others to see. And a password keeper that stores your passwords and sensitive documents in a secure virtual vault. Apart from this, you get the Blackberry Hub that houses all and every channel of communication including your SMSes, Emails, Facebook, Twitter and Instagram are all houses in the same app, so you don’t have to open them individually. A menu pops out from the edges if you swipe left that houses more shortcuts. Every alphabet in the keyboard can be programmed to launch a specific app and there’s special key in the keyboard that can also be programmed to perform a specific action. For security, you get the Blackberry DTEK app that monitors the security status of your phone in real time. It checks for new updates, apps that are running the background and using your location, microphone and camera, so you can keep a track of where and how your data is going out.

The UI of the phone is also quite lightweight. It takes a lot of inspiration from stock Android but the features indicate it’s anything but so. It’s the hardware and software combination at play here that makes the BlackBerry KEY2 a unique device in a market crowded by phones that all look and work the same.

The BlackBerry KEY2 is the first Blackberry device to tout dual cameras at the back. Despite being its debut, the 12+12MP camera at the back seemed quite fast and snappy. The primary lens has an aperture of f/1.8 while the secondary sensor has an aperture of f/2.6. The secondary sensor offers 2X optical zoom and portrait mode. It is too early to pass a verdict on the camera quality of the phone, but the interface seemed quite easy to use. There wasn’t any shutter lag either. The screen being positioned higher, it gets a little difficult to reach the shutter button, but you can always reprogram a key to perform that action.

The BlackBerry KEY2 is powered by a 3,500mAh battery that supports Qualcomm Quick Charge 3.0.  Blackberry claims the phone can run a full day which we will put to test in our rigorous testing for the review.

The BlackBerry KEY2 is a much required upgrade from the KeyOne. The phone irons out the issues the KeyOne had and brings on the table a larger display, a bigger keyboard and dual cameras. For the limited time I used the phone, it was a refreshingly different experience that was both seeped in nostalgia and an indication of what it would be like to use Android with a physical keyboard.