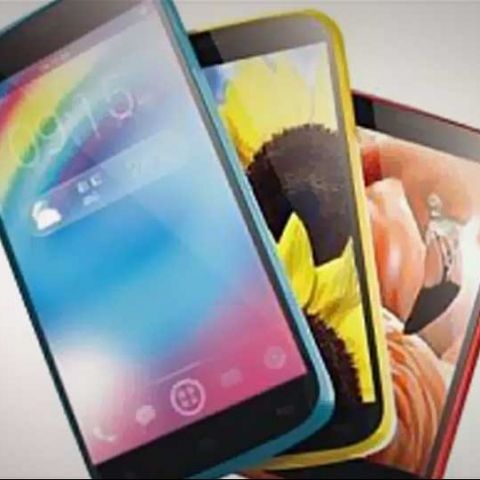 If someone told you last year that you would be able to get an Android smartphone running a quad-core CPU under Rs. 15,000 you’d laugh at him or her in the face. With the advent of technology however, incredulity ceases. Micromax started the trend of quad-core budget smartphones with the launch of the Canvas HD and a lot of smartphone makers in India have followed.

Today, the consumer is spoiled for choice when it comes to budget smartphones running a quad-core CPU. These smartphones have a decent build. Some of them even show off an impressive 720p HD display. And while the camera on these smartphones is questionable, the devices run all the apps from the app store with ease. It’s safe to say that these smartphones give you a decent Android experience at the least.

The Intex Aqua Wonder Quadcore shows off dual-SIM capabilities and has a 4.5-inch qHD (960x540 pixel) display. The quad-core budget smartphone has the very popular quad-core MediaTek MT6589 SoC with 512MB of RAM. It is priced at Rs. 9,990. 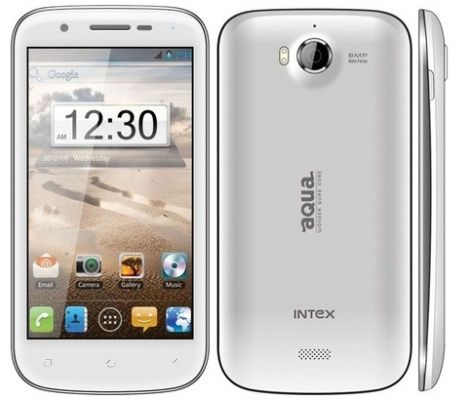 It has a meagre 1.93GB of built-in storage, which is expandable up to 32GB via a microSD card. It also houses an 8MP rear-facing camera and a 2MP front-facing camera for video calling. An 1800mAh battery powers the entire package and it runs on Android 4.1 Jelly Bean.

The low built-in storage is a problem especially if you have a ton of contacts and some apps that can’t be moved to the SD card.

After the success of the Xolo Q800, we now have the Xolo Q700 on store shelves. The quad-core budget smartphone shows off a 4.5-inch IPS display with 540x960 pixel resolution giving it a 245ppi pixel density. It has a 5MP rear camera and VGA video calling camera. The Q700 has 1GB of RAM, 4GB built-in storage expandable up to 32GB via a microSD card. 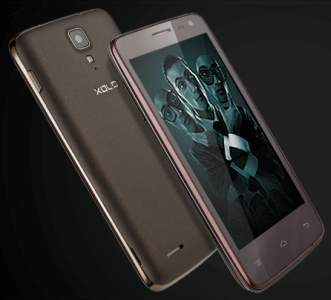 Moreover, the Xolo Q700 comes preloaded with Xolo Unlimited that gives users access to its three premium apps – Xolo Switch, Xolo Secure and Xolo Power. The Xolo Unlimited is available on Q700 only. The Xolo Switch allows users to create up to 4 profiles with different lock screens, apps and wallpapers. Users can change their profile with a simple flick. Xolo Secure gives users access to remotely lock and wipe phone data, cloud backup for SMS and call log, alerts on SIM change and more which is very useful if the phone gets stolen. The Xolo Q700 is priced at Rs. 9,999

Considered the most popular budget Android smartphone in the market, the Micromax A116 Canvas HD was the first device to launch in India that boasted of a quad-core processor and a 720p HD display. The display of the smartphone is vibrant and beautiful. It also boasts of dual-SIM capabilities.

If you are someone who needs a powerful budget device to be able to effectively tinker with Android, add custom ROM’s, etc., then the Canvas HD is the smartphone for you. The layman user who wishes to have access to apps and a simple interface can also use it.

The Canvas HD also has a nice curvy design, which distinguishes it from the other 5-inch smartphones available in the market. For Rs. 14,500 the smartphone is definitely worth considering. But remember, if you try to run Flipboard on the device, it will hang.

The Karbonn Titanium S5 is priced at Rs. 11,990. For the price you pay, you get a 4-inch qHD display, 1.2GHz Qualcomm Snapdragon quad-core processor, and 1GB RAM. It is one of the quad-core smartphones on this list that runs on the Qualcomm chipset instead of the MediaTek one found on the Micromax Canvas HD and the Xolo Q800. It also supports dual-SIM capabilities (3G 2G). The rear of the smartphone has an 8MP camera and the front has a 2MP camera for video calling. 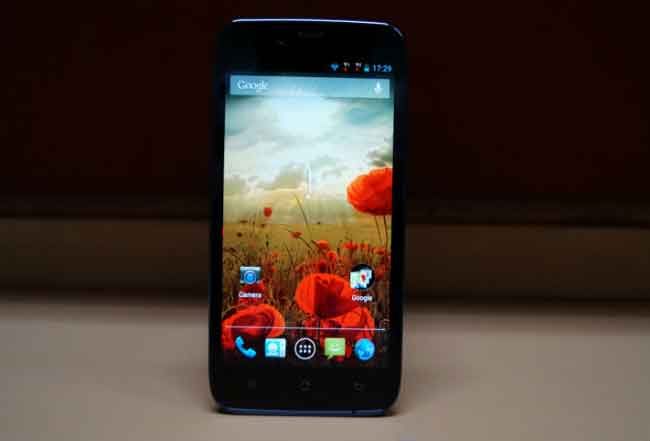 The only downside to the Karbonn Smart Titanium S5 is that of the 4GB built-in storage, 1.4GB is user accessible. For more storage, you will need a microSD card. The 2000mAh battery shows the potential to last users through the day.

The Karbonn Titanium S5 also doesn’t support all the video formats such as MKV and MP4, so if consuming a lot of multimedia on the go is a requirement, you may want to consider the other alternatives.

The Micromax Canvas Doodle A111 boasts of dual-SIM (GSM GSM) capabilities.The phone features a 5.3-inch capacitive touchscreen with 854x480 pixels resolution. The size of the display is larger than the Canvas HD but the resolution isn’t stellar. It runs Android 4.1.2 straight out-of-the-box. Unlike the Canvas HD, which runs on the MediaTek SoC, the Doodle A111 is powered by a quad-core Qualcomm 8225Q processor.

The Canvas Doodle A111 has an 8MP rear camera and a 0.3MP video calling camera. It also sports 512MB of RAM. The phone has only 1.22GB built-in storage, but can be expanded up to 32GB via a microSD card slot. For connectivity, the smartphone supports Bluetooth, 3G, EDGE, GPRS, GPS and Wi-Fi.  A 2100mAh battery powers the package.

The smartphone comes with a stylus but unlike the Note series of devices from Samsung, this stylus doesn’t show off any unique capabilities. The Canvas Doodle A111 is priced at Rs. 12,999.

Running on Android 4.1 Jelly Bean, the Spice Stellar Pinnacle Pro is priced at Rs. 14,990. It has a 1.2GHz quad-core processor, 1GB of RAM and 16GB of built-in storage expandable via a microSD card. It also boasts of dual-SIM capabilities.

The rear of the Spice Stellar Pinnacle has an 8MP camera and the front has a 5MP camera. It has a 5.2-inch display with a qHD resolution. It also supports Bluetooth 4.0, Wi-Fi and Wi-Fi tethering. A 2550mAh battery powers the smartphone.

It is nice to see that the Spice Stellar Pinnacle Pro offers a generous 16GB of built-in storage when compared to the other budget quad-core smartphones on the list.

Just like so many that came before it, the Lava Iris 458q has a 4.5-inch capacitive touchscreen with a FWVGA resolution. It sports 4GB built-in storage and expandable up to 32GB via microSD.

Lava has also preloaded various apps such as WeChat, Push Mail, e-book reader etc. on the phone along with HD movies and HD games. For connectivity, the smartphone supports 3G, Wi-Fi, A-GPS and Bluetooth. The Lava Iris 458q is one of the more affordable phones priced at Rs. 8,999. 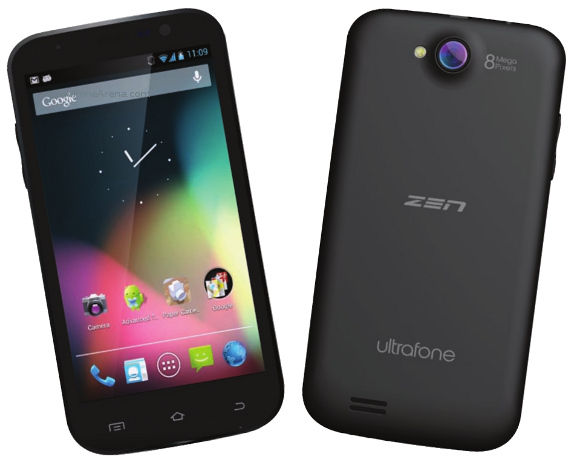 The budget quad-core smartphone runs on the 1.2GHz quad-core MediaTek MT6589 processor along with 1GB of RAM and has 4GB built-in storage which is expandable via a microSD card.

A successor to the WickedLeak Wammy Titan, the Titan II is priced at Rs. 13,990, runs on Android 4.1.2 Jelly Bean, and is upgradeable to Android 4.2. The quad-core budget smartphone is powered by a 1.2GHz MediaTek MT6589 quad-core processor along with 1GB of RAM and 4GB of ROM. The 5.3-inch IPS display of the Titan II has a resolution of 960 X 540 pixels.

Other notable features of the Wammy Titan II include a 12MP rear camera and a 5MP front camera, dual-SIM support, expandable storage up to 32GB, GPS, Bluetooth, Wi-Fi and FM radio. It’s powered by a 2300mAh battery.

The latest addition to the quad-core budget smartphone race is the Gionee Elife E3. Just like so many other smartphones in this list, the E3 runs on a 1.2GHz quad-core processor, Android 4.2.1 Jelly Bean and is priced at Rs. 14,999.

The Gionee Elife E3 boasts of dual-SIM capabilities and shows off a 4.7-inch IPS HD (1280x720 pixel) display. It has an 8MP rear camera and 2MP front camera. The smartphone comes with 16GB of built-in storage. It supports 3G. An 1800mAh battery powers the smartphone.

Distinguishing it from its competitors, the Elife E3 comes with built-in Digital Theatre System (DTS) audio that is supposed to provide an improved multimedia experience. The smartphone is available in a variety of colours including red, blue, graphite black, and white.