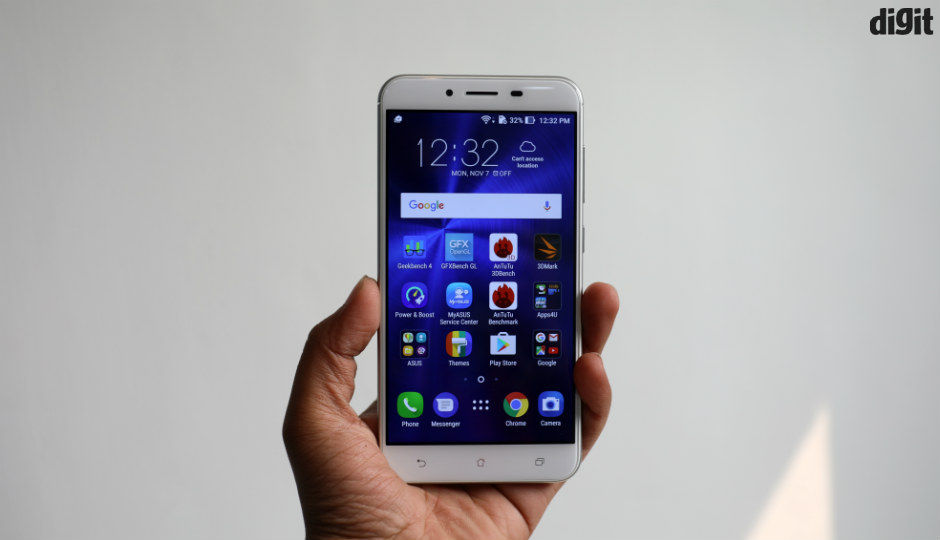 Asus’ Zenfones are available in all shapes and sizes, and can be quite confusing. While the Zenfone 3, which is available in two different variants, is an all-rounder of sorts, there are other variants of the device as well. There’s also the Snapdragon 821-powered Zenfone 3 Deluxe, and the Zenfone 3 Ultra with a large 6.8-inch display.

You also get the camera centric Zenfone 3 Laser, but what we’re concerned with today is the Asus Zenfone 3 Max. The Max is available in two screen sizes, a 5.2-inch version and this 5.5-inch variant. There are some differences, but 4100mAh battery on the two phones remain the same. Our review unit is the 5.5-inch variant of the phone, priced at Rs. 17,999. While the Zenfone 3 Max may not seem very attractive on paper, we've used it over the past week to determine if real world usage differs. 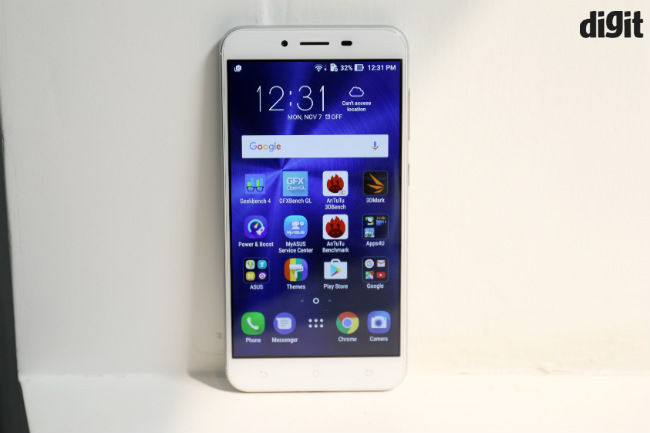 Battery: Big and powerful
We start with the large 4100mAh battery of the Zenfone 3 Max, which the company claims can provide 17 hours of talktime on a 3G network. However, with a 4G SIM inside, we got about 10-11 hours of usage from the phone. Our day to day usage included apps like Facebook, Messenger, browsing on Chrome and watching a lot of YouTube videos. 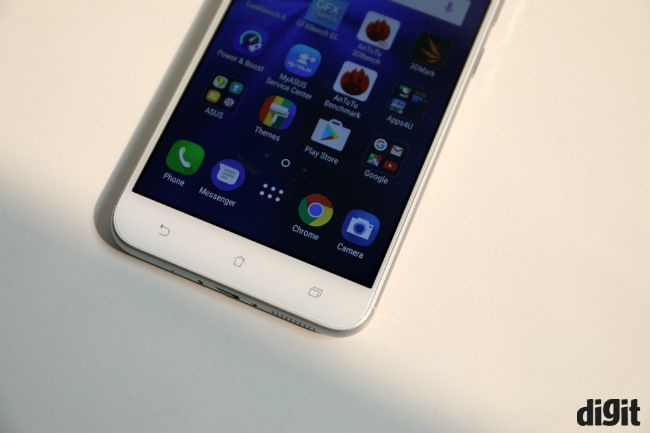 We also tested the device with some gaming and the phone was able to handle half an hour of gaming without a major drop in the battery (of about 5%). Further, there are five power modes, namely — performance, normal, power saving, super saving and custom and you can set any of these according to your preference. They turn off various features on the phone to provide better battery life.

Build and Design: Skinned
Battery aside, the Zenfone 3 Max gets a big design upgrade over its predecessor. It’s made of metal and features a fingerprint scanner on the back. It has a simple, slab-like design. It has rounded edges with a metal back, which meets the 2.5D curved glass on the front. From the front, it’s a lot like a bigger Xiaomi Redmi Note 3. The capacitive keys below the display are unfortunately, not backlit. 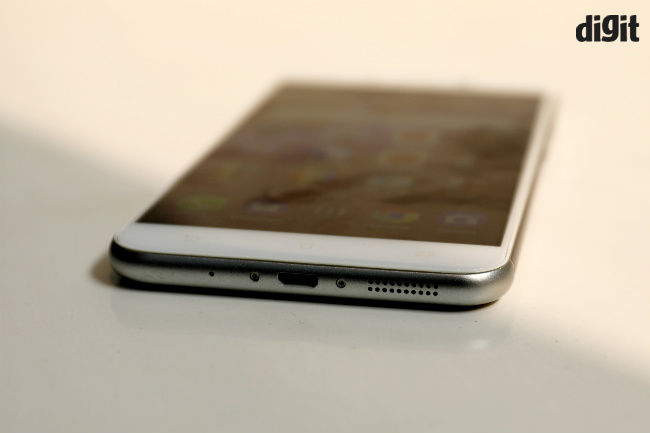 The camera module has the Laser AF system and dual-tone LED flash on either side. The design is pretty symmetrical and the build quality is good, and strong enough.

Display: Unsurprising
The 5.5-inch display on the Zenfone 3 Max is similar to the one we saw on the Zenfone 3 Laser. It produses reasonably good colours and decently bright, achieving a max luminance of about 595 lux. It has 2.5D curved Gorilla Glass 3 glass on top of the display, which is fast becoming a norm in the sub-20K smartphone segment.

The display does feel a tad sticky, though, and doesn't feel as premium as some of its counterparts. The touch performance is fine, with low touch latency.

UI: A Familiar interface
Asus’ familiar ZenUI 3.0 greets you on the device. The UI also features pre-installed apps for gallery, themes, photocollage, weather, a movie maker app and more. All these apps can easily be replaced by better apps from the app store but Asus has provided them anyway. However, you can disable all these applications if you don’t want to use them. 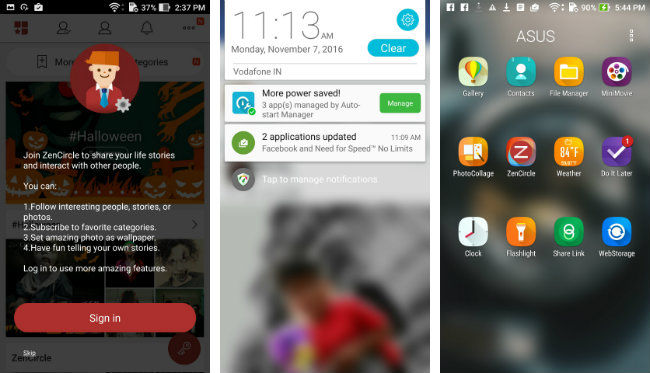 Performance: Not the fastest
Powering the phone is a Qualcomm Snapdragon 430 SoC, coupled with 3GB of RAM. The phone feels slow, compared to most sub-20K smartphones. The SoC is capable of handling day-to-day apps like Facebook and Whatsapp, it’s not snappy. The LeEco Le 2, Redmi Note 3, or the even Moto G4 Plus are much faster.

With lower performance comes less heating. The Zenfone 3 Max doesn’t heat up, even while gaming or shooting videos. We recorded the max temperature of around 34°C while gaming for 10 minutes..

Camera: Better than most
The phone has a 16MP rear camera with laser assisted autofocus and EIS. When shooting photos, this translates into faster auto-focus, at least on close-up images. Also, images taken by the phone have good colour saturation and depth of field. There’s not a lot of noise on low light shots, making it better than most phones in the budget category. The front facing camera seems equally promising.

Bottomline:
With the Asus Zenfone 3 Max, the company has stayed true to its main attribute, which is big battery life. The phone can handle a normal work day from dusk till dawn on a single charge, but so do many sub-20K smartphones. It's the performance of the device that is not upto the mark, and neither is it comparable to its chief competitors. You can get much better battery life from the Xiaomi Mi Max, which is cheaper, and if just a day’s worth of battery life is fine, then the Lenovo Z2 Plus is the best choice. 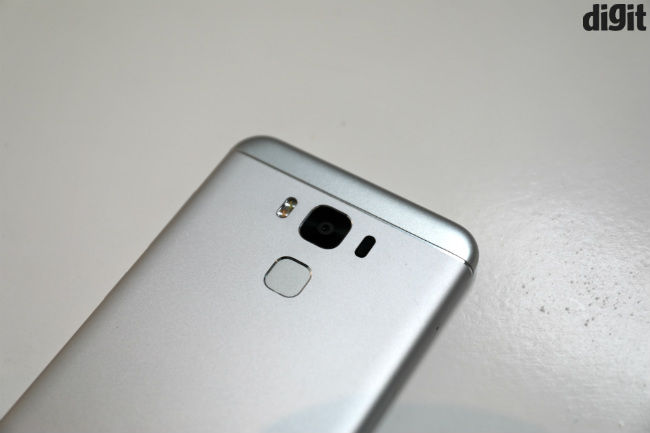