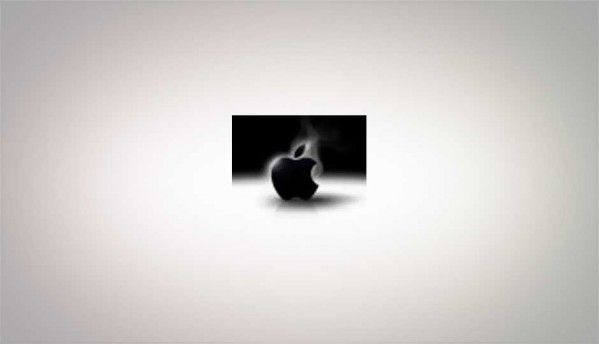 Things have been heating up for Apple over the past week, ever since accusations of its collecting location data came to the forefront. PR statements issued in the recent past have been a mockery of denial by the fruity giant, declaring categorically that Apple does not track its iPhone users.

Now, Apple’s latest PR statement, a question and answer affair, reprehensibly declares that the tracking and storing of data is a ‘bug’ in the system, and that Apple will release within the next few weeks a ‘software fix’ that:

Apple also declared that it collected location information from Wi-Fi hotspots and cell-towers simply to help speed up the iPhone’s location tracking time down to a few seconds, rather than relying simply on GPS, which can take up to a few minutes. Why this should still happen after location services have been turned off, is a rather unbelievable 'mistake' that obviously will anger privacy advocates.

Now don’t get me wrong, I am not a privacy advocate outraged at Apple’s collection, and one-day sharing and using of location and other data. Heck, in this day and age, it takes some serious effort to even get the illusion of privacy. Privacy is dead, at least, the sort of privacy I expect when I am roaming the streets.

At your own home, things are a bit better, but as long as the data being shared is not of an embarrassingly personal nature and subsequently smeared all over the web, I find that taking a chill pill, and enjoying the benefits of technology is more than a fair payoff for what at worst, are better targeted advertisements. In a way, after all, I would actually prefer localized, personalized advertisements, instead of something I’d never buy, or even swing by.

[RELATED_ARTICLE]What I am most miffed about is Apple’s categorical denial of it purposefully tracking its customers. Why? It’s a blatant lie that will only keep the most ignorant of the privacy advocates happy. For recent evidence from the U.S. Patent Office (patent application 12/553,55) has revealed that Apple clearly intended to use this information to provide a variety of first and third party services, back when they first envisioned the “location histories for location aware devices” in iOS 4. In fact, the patent application didn’t limit itself to just location information, but intended to correlate it with lots of other personal stuff, from financial transaction history, network usage, camera and sensor data, and more. All this data is tracked despite “location services” being switched “off.”

Sure, we could open up another can of worms, and talk about how this sharing should be completely opt-in instead of opt-out, how each time the phone or an app collects location information, it should ask or inform the user, instead of taking tacit approval once, if at all. But that’s a debate for another day.

Numerous experts have also assured the world that Apple has not yet used this location and other data, or shared it with third parties. In fact, for now, the data was just being collected on the user’s iPhone, to one day be used by Apple and its partners to provide personalized features. What was Apple so scared of that it couldn’t admit to this in a straightforward manner?

What is needed here is a little honesty, and a little balls! Instead of half-assed lies, just tell the world that:

“Hey, the iPhone collects location data from Wi-Fi hotspots and cell-towers to provide you better location fixes, and one day, that and more data will be used to deliver better advertisements, better traffic service, and more. You don’t like it? Are you sure? Okay, don’t worry, Apple will now implement an opt-out method, where if you turn Location Services off, there will be no more collection of this data, and of course, no above described benefits in the future!”

“We track, and we will share. What are you afraid of? Better ads? Don’t like it, opt out!”

The truth never hurts your public image as badly as obvious lies...and if you don’t like it, hide out at home. And in case you were wondering what other cop-outs has Apple been a part of, well, need I remind you of the iPhone 4 antenna issue?

How To Eject Water From Your iPhone Or Android Phone?
Apple AirPods Pro 2 Leaks Revealing New Features And Design
iPhone 12, 13 and SE 3 Are Up For Grabs On Flipkart’s End Of Season Sale
iPhone 14 Front Camera Upgrades: 6P Lens And Auto-Focus Support
iPhone 13 Exchange Offer: Claim It For As Low As ₹56,490
Advertisements