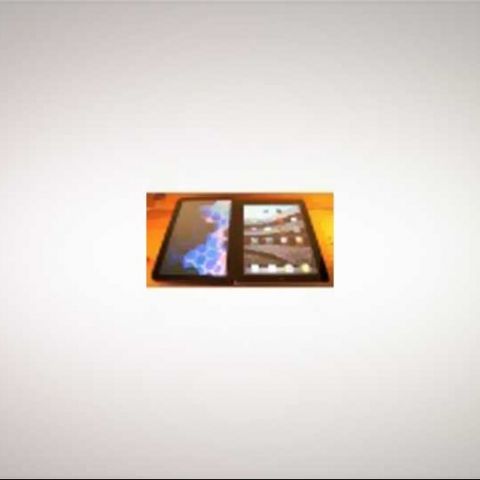 The reviews are in. See how the iPad 2 and Xoom stack up on specs, features, and performance, and hit the video to see the two tablets in action.
With the recent releases of the first Honeycomb tablet, the Motorola Xoom, and Apple's second-gen iPad 2, the tablet landscape is finally starting to get interesting. We've tested and reviewed both tablets, and the iPad 2 fared better than the Xoom did. Across the board, tech journalists seem to agree: Despite some less robust specs, the iPad 2 is just more graceful than the Android 3.0, Honeycomb-powered Xoom, which, currently, is the only real competition facing the iPad. But the Xoom is a very solid tablet, and has several features that the iPad 3 designers should take a close look at. With this in mind, let's take a quick look at how the Xoom—and Honeycomb—measure up against the iPad 2 and iOS in some key areas.
Cameras
The Xoom features a front-facing, 2-megapixel camera and a rear-facing 5-megapixel lens. It doesn't take masterpiece photos, but the Camera app is loaded with settings and shooting modes you'll find familiar if you've ever messed around with a typical point-and-shoot camera. It captures video in 720p, and the video can be edited in the editing app, Movie Studio. While not as intuitive as iMovie, Movie Studio works fine, and the video quality from the Xoom generally looks better.
[RELATED_ARTICLE]The cameras on the iPad 2 are…well…an improvement over no cameras at all in the first iPad, but that's about it. The front facing, VGA-quality camera shoots low-resolution footage that's fine for video chats, but the rear-facing camera offers less than a megapixel of resolution. Stretch those images across the iPad's 9.7-inch screen, and you are looking at some pretty grainy, noisy shots. Only very bright lighting improves things. The iPad 2 shoots 720p video, which looks higher quality than the photos it shoots, but is still no replacement for the footage a typical point-and-shoot can capture.
While the Xoom clearly takes better images, the iPad 2 has better apps built around its camera. The graphics prowess on display in Photo Booth, for instance, as the iPad distorts real time images according to your touch, is quite impressive—and a clever way to downplay image quality. The Camera app itself is pretty barebones, with fewer features than Android's app, but iMovie, which, to be fair, costs $4.99 versus the free Movie Studio on the Xoom, is a much more intuitive and fun video editing app. From a hardware angle, Xoom has the clear edge, but the iPad 2 has the slight edge for camera-related apps.
Click next to see how the two tablets fare in a head to head battle...