10.Or D First Impressions: Gets the basics right, fails to dazzle 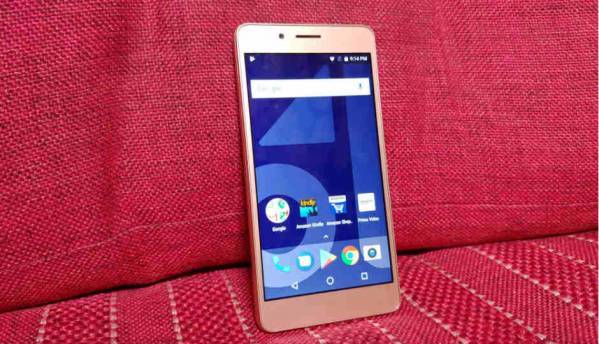 2017 will go down as the year when the seller became the maker. Both Amazon and Flipkart, two of India’s largest e-commerce platforms started manufacturing the products they have made a name for, by selling. Smartphones are the highest selling products online and both companies wanted a slice of that pie. Flipkart did it with the Billion Capture+ and Amazon has the 10.Or label, under which the company launched the 10.Or D, an entry level Android smartphone.

Amazon claims the phone transcends the budget category and wants it to be considered as a value-for-money product. It’s reason? Amazon has amassed customer data to gain insights into what people want in their phones, and under its “Crafted for Amazon” program, the company claims to have translated these insights into features in the 10.Or phones. 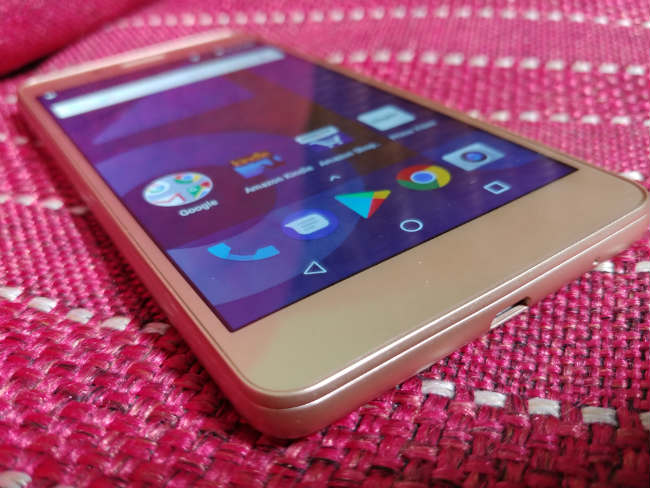 Launching at the fag end of 2017, the 10.Or D can be considered as sporting a retro design. Boxy, rectangular shape with mildly curved corners and a coarse metal finish, makes the device look so 2016. The phone might look as if its made of metal, but a quick knuckle tap on the back will tell you there’s generous use of plastic in the body. From the back, it can be easily be mistaken for the Xiaomi Redmi Note 3. The centrally-placed camera unit with the fingerprint sensor positioned right below while the speaker grill is down below, once again located centrally. As a result, the elements on the back maintains symmetry. The front however looks incomplete. At the bottom, there’s a large empty space where the physical navigation keys should be while both the top and the sides have significant bezels. The buttons are also arranged a little odd. The power button is above the volume rockers, but they are quite sturdy to click.

Having said that, design is the last thing an entry-level buyer will look at. And that’s where most budget phone makers cut corners to bring the price down. But then again, the 10.Or D has good ergonomics thanks to its compact form factor. 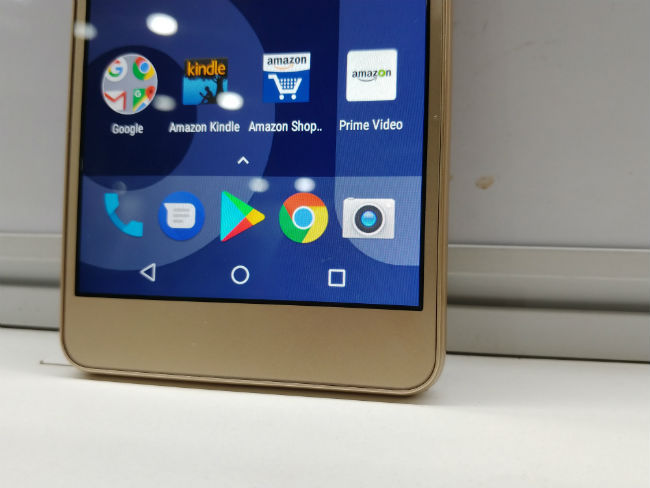 The 10.Or D sports a 5.2-inch IPS LCD display of HD resolution and its price, you can’t really expect more than that. It’s competition, like the Redmi 5A also sports the same panel. Additionally, an underpowered display also saves up on battery which, according to Amazon, is the most important thing for users.

The display is a bit on the warmer side but details are often lost when there’s too much to process. An image with dynamic lighting with ample shadows and highlights comes off as bland. We couldn’t check the sunlight legibility as it was already evening by the time we received the phone but brightness levels are generally low.
Once again, for the price it comes for, you cannot ask for anything better. Underwhelming HD displays are standard among entry-level smartphones, but the 5.2-inch display size works in favour of the 10.Or D making it compact and easy for one-handed use. 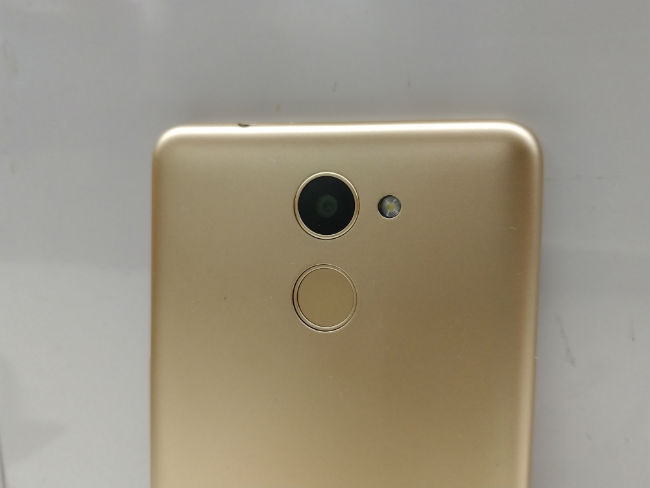 The 10.Or D’s 13-megapixel camera is underwhelming, to say the least. For the limited time we tested the camera, we found images to be washed out with poor focus and softened details. Harsh backlight tends to wash out the colours of the photos. White balance too was quite off and scenes with dynamic lighting comes off quite bland. Detail reproduction is also poor and is not at all at-par with what the rest of the competition provides. We have seen better images from the Redmi 5A and the Redmi 4 and the 10.Or D just doesn’t match up to them. A harsh indoor light completely changed the colours in the photo. The photo is nowhere close to the bright yellow of the room. 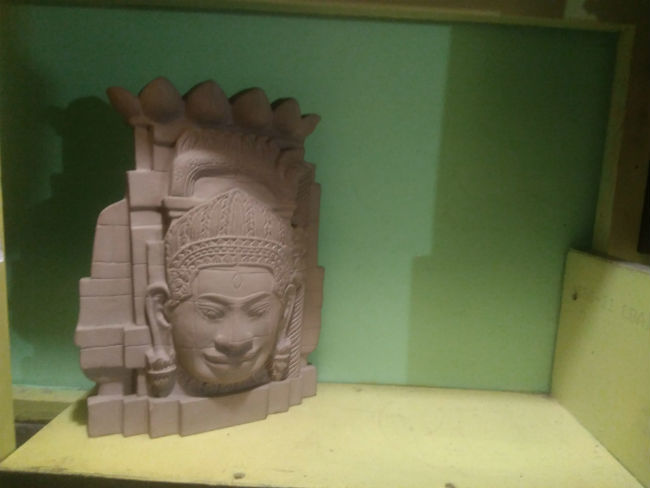 The camera also failed to adapt to the white balance of the scene. The statue is more brownish originally, but the camera makes it more yellowish. 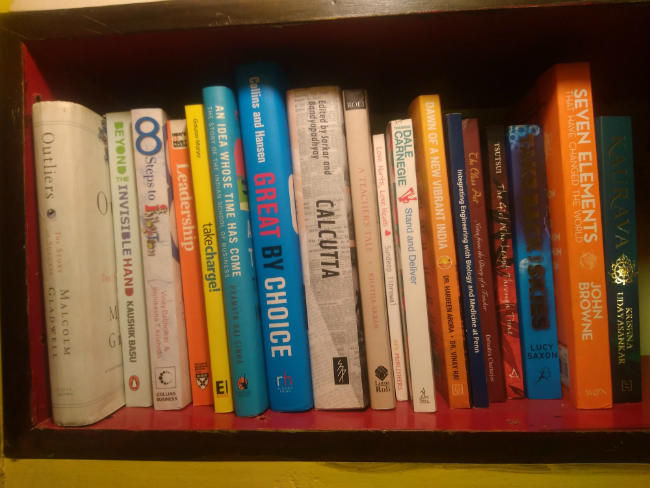 The camera also failed to capture details under indoor lighting. The book towards the right of the photo is completely blacked out with the text almost invisible. 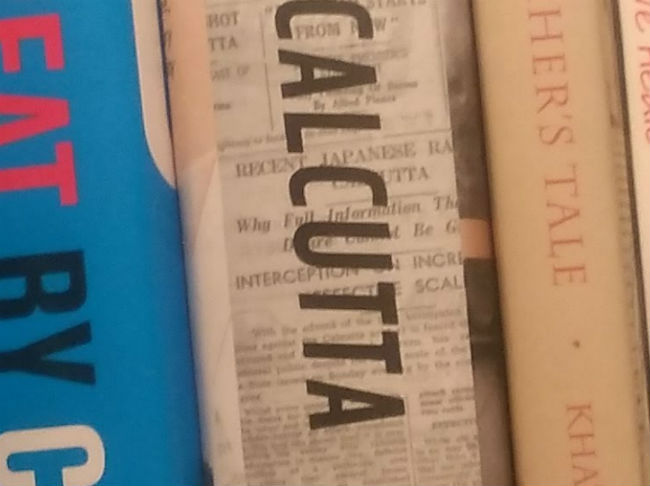 We also found shutter lag and low light images had a lot of noise creeping in. To be honest, that’s more or less the same across most phones at that price, but there’s no harm in expecting, is there? The front camera too took hazy selfies and there were significant loss in details under harsh indoor lighting. 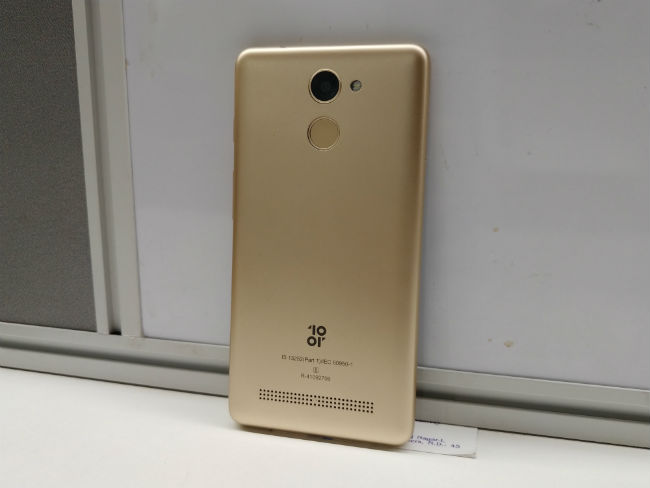 The 10.Or D is powered by the Qualcomm Snapdragon 425 SoC, which was used on phones last year. It’s a quad-core chipset clocked at 1.4Ghz coupled and coupled with 2GB or 3GB of RAM (depending on the variant you choose), the 10.Or D seems underpowered even for its price. 16GB of storage is too little for users these days as installing even the most common apps like Facebook, WhatsApp and Messenger will eat up the space in no time. 2GB RAM too is quite underwhelming especially gaming, but we’ll reserve our last word on it in our review.

The 10.Or D has expandable storage though, through a dedicated microSD card slot, which is a good thing. For the little time we used the phone, the interface seemed snappy but apps took some time to load. I wonder what the performance will be when the storage is almost full as Android phones tend to slow down as the storage is filled up.

The phone uses stock Android Nougat 7.0 with the promise of an upgrade to Android Oreo. Expectedly, Amazon has bloated the phone with its apps and widgets. So you get the Amazon Shopping app, Prime Video and Amazon Kindle bundled with the phone. Unfortunately, you can’t uninstall them.

The phone also asks for your Amazon ID when you are setting up the phone, and apparently does not require you to login again when using any of the Amazon apps. Amazon is also promising a two-year warranty on the phone which is a welcome move. There is a 10.Or Care app in the phone that will help you diagnose problems, book a service pickup and get a service estimate. The service is provided by Servify.

The battery is the highlight of the phone. It is powered by a 3,500mAh battery which Amazon claims can power the phone for two days. There is no fast charging on the phone though and Amazon said it takes around three hours to charge to full capacity.

The 10.Or D is not a bad phone per se for the Rs 4,999 price tag it carries. It’s clear that the phone is meant for first time buyers or for someone with a tight budget. But having said that, this won’t give you the value for money you can get from a Xiaomi device at that price. Amazon’s third attempt at making a phone that’s crafted by the company but defined by users failed to impress us at first glance but we’ll reserve the final verdict for it in our review.

Amazon 10.Or Tenor Crafted For Amazon