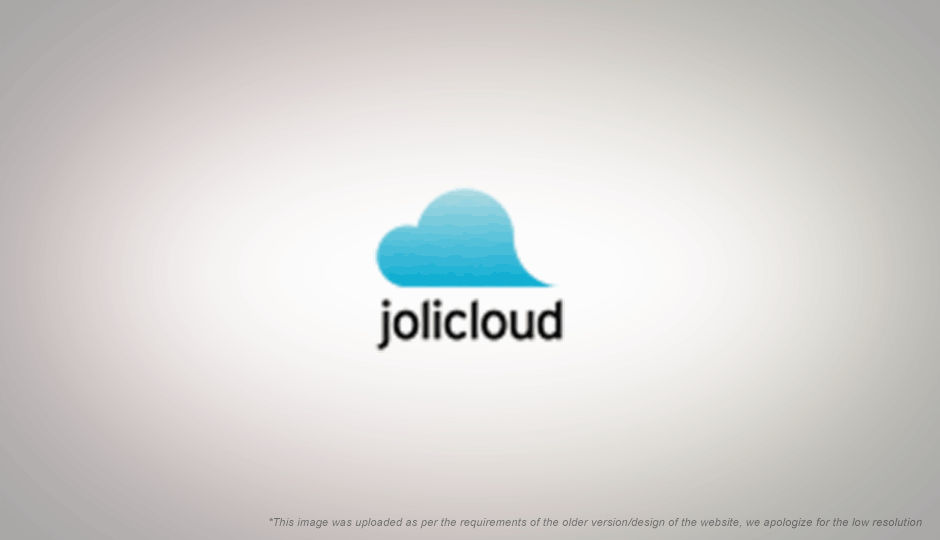 As an OS with 'cloud' baked into the name, Jolicloud does quite well as an internet centric system. Unlike xPUD and Chrome OS, it does not enforce a browser choice on you (although xPUD will allow you to install Google Chrome in the future). You can use the already-installed Firefox, or install Google Chrome or even Opera.

Jolicloud is essentially an Ubuntu 9.04-based OS which is redesigned in looks and features to work better with netbook, net-tops and other internet-centric computers. It aims for a more even mixture of internet and native applications, and has one of the simplest application installation procedures amongst its peers.

The Jolicloud UI is netbook-oriented, and as such, takes up a minimal amount of hard disk space and memory, leaving most for your applications. A thin bar at the top displays your running applications, system tray icons, and the date and time. It focuses on one task at a time, and as such all applications running in the background are collapsed to icons. A major portion of the panel at the top is taken up showing the active application. Here again, space is saved by displaying the application title-bar in the panel at top. A home button at the leftmost area of the panel takes you back to the home interface where you can launch applications. This interface might save space for netbooks, but it also means that this operating system would perhaps not be quite so suitable for tablet computers.

A walkthrough of Jolicloud

To take benefit of Jolicloud, you need to create a free online account and register your computer. The Jolicloud service connects with Twitter and Facebook, and while this aspect hasn't been utilized much, it is something to look out for in future versions. Right now, you can follow other Jolicloud users which will let you get notifications of the software they install.

Jolicloud might have a minimalistic UI, however it is by no means a minimalistic OS. The OS is around 600MB, the size you'd expect any other distro, and comes with enough juice to justify that size; the OS comes with Firefox for browsing, F-Spot for managing your photo albums, Pidgin for instant messaging, Transmission for downloading torrents, Facebook, a dictionary app, a media player, a text editor, and a lot more. It's safe to say, you will find even the default install covers a lot.

While web apps are an important part of Jolicloud, it does not limit the use of native applications, and its repository is filled with such applications. The Firefox version bundled with Jolicloud comes with an extension which hides the menu-bar, making it available via an alternate interface, this is a boon for small-screen devices.

In Jolicloud there is no distinction between a web and a native application, and both are installed in pretty much the same manner using the same procedure. Installed applications also face no discrimination and they appear in their relevant categories. Jolicloud transparently installs your web apps using Mozilla Prism, a Mozilla Labs project which is useful for creating single-site applications.

The advantage of this approach is that it makes your browsing experience more stable as each web application runs in a separate process, meaning that a crash in your GMail instance won't effect the work you have going on in Google Docs, Zoho Writer, and your Last.Fm will keep playing songs.

What stands out in Jolicloud is its dashboard, which is a central place from which you can manage your Jolicloud account, browse the App directory, install / remove applications, and interact with other Jolicloud users.

The interface for discovering and installing application is quite simple, and web based. An App directory lists all installable applications, native or otherwise and a lets you install them with a single click. Since web application are installed using Prism, which is already present on the system, they install in just a few seconds. New applications are continually added to the App directory and you will be pleased to find that nearly all categories of applications are covered.

From this very directory you can easily see what applications have updates available, and you can sort applications to see the latest additions. Unfortunately, this dashboard is missing a section where you can get a list of all the applications you have installed. This means that you need to browse through the increasingly long list of applications to get to that rare native or web app you installed to update or remove it. The dashboard also seems to be optimized for a netbook resolution, and doesn't take up the screen space when used on a larger screen device. This is a little sad, since for some people it can work as a good desktop OS as well.

Installing Jolicloud itself is a breeze, and is one of the easiest Linux distros to install. The default Jolicloud installer is actually a Windows EXE file which will allow you to install Jolicloud straight from Windows! It will install Jolicloud on you hard disk without disturbing any of your Windows partitions, and will add an entry to your Windows boot manager. For those running Windows, this makes it incredibly safe and easy to try out this OS.

For those already running Linux or wanting to install this on a pen-drive, the Jolicloud website has an alternate installer in the form of an ISO which can written onto a disk or pen-drive and then used to install the OS anywhere. Jolicloud itself comes with a tool for copying it on a pen-drive, so you can share it with your friends if you have a copy installed.

Jolicloud is a strong contender as a cloud OS, and its native applications support might appease even those who don't want a cloud OS, as it doesn't abandon native applications. Jolicloud is in active development, and the version available right now is just a pre-beta version of the OS, and might be unruly at times. In its current state, it takes under 25 seconds to reach the login screen, which is quite fast for a complete Linux distro.

Another good thing is that unlike Chrome OS and xPUD, it does not significantly change the interaction patterns you are used to. So ALT tabbing works as expected, and for Linux users it comes with two virtual desktops as well.

In the end Jolicloud manages to keep a good mixture of native and web applications, and abstracts the differences between them so you can just focus on doing your work. This is one OS to look for when it releases.

Google to launch the World's First Cloud Gaming Chromebook Laptop
Apple’s M2 Macbook will come with 96GB RAM and offer faster speeds
The M2 Macbook Pro may just be 'worth the wait!'
Samsung may unveil a foldable screen laptop with a virtual keyboard very soon
Samsung could be working on a foldable laptop; patent shows an ASUS Zenbook Pro Duo-like design
Advertisements