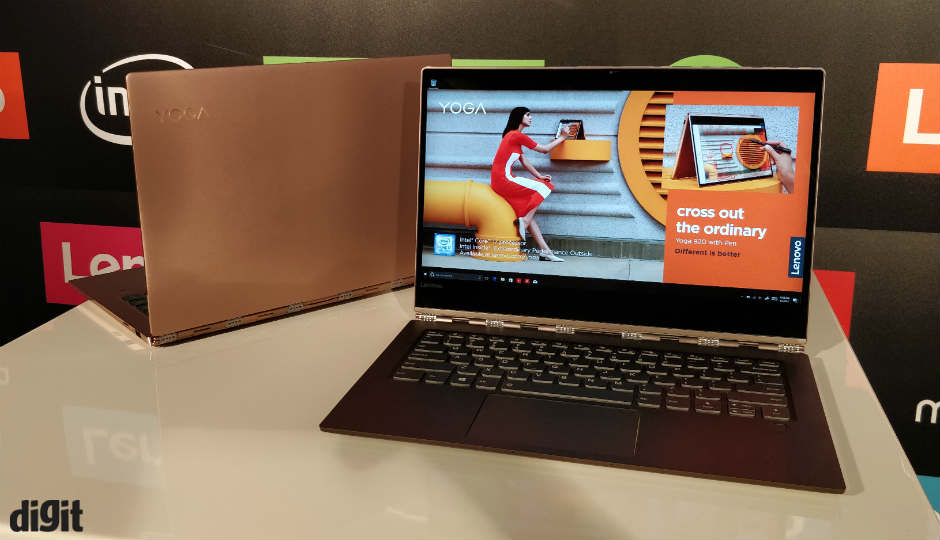 At IFA this year Lenovo unveiled its top of the line thin and light notebooks. The company introduced three new laptops this year at IFA. While two of these machines are newer iterations of their older lineup, there is one new laptop as well. All of these machines feature a recognizable Lenovo design and look similar to their respective previous iterations, but there is plenty of new stuff under the hood. So, without any further ado, let’s break it down and talk more about what the three new machines bring to the table.

Lenovo Yoga 920
We start with the Yoga 920, which is now the flagship notebook from Lenovo this year. The new Yoga 920 look strikingly similar to last year’s Yoga 910, but there are some subtle changes, which may go unnoticed. For example, the 920 is now thinner and a hair lighter, plus the webcam has now been moved to its proper position, i.e at the top of the display.

On the other hand, one of the biggest update comes in the form of the new 8th gen Intel processor which power this thin and light laptop. Accompanying the new processor is 16GB of RAM and storage options of up to 1TB on an M.2 SSD. The laptops will be available in 1080p as well as 4K resolutions. 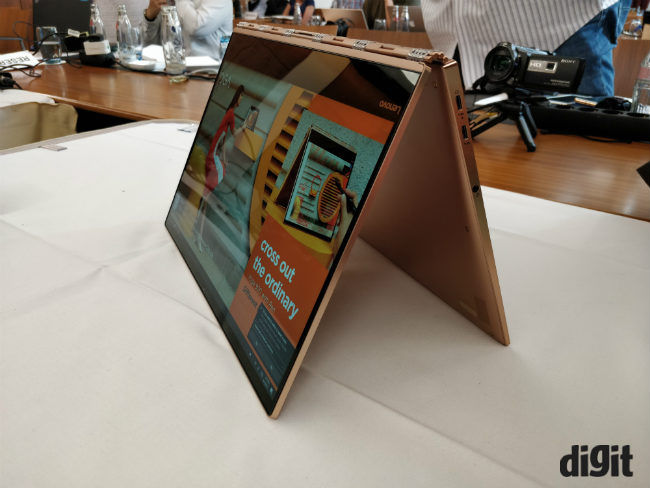 The 920 brings support for Windows Ink and is expected to launch in India with a bundled pen, just like the other Yoga notebooks Lenovo launched earlier this year. While Lenovo showed us two kinds of pens at the launch, we expect the Yoga 920 to be shipped with the better Lenovo Active Pen 2 offering more than 4000 different pressure points.

While the Inking capabilities bring the Yoga 920 at par with the competition, the differentiating factor here is definitely the implementation of far field microphones in the laptop. This new microphone setup  lets users command Cortana from more than a dozen feet away. This also works when the lid is down, but the system should be not be in hibernation. Prices for the Yoga 920 start at $1329.99 and is likely to make its India debut next month.

Besides the normal Yoga 920, Lenovo also showcased two different versions of the laptop with designer glass substrate lids. One of them is called the Vibes version along with two very special Star Wars versions for the two sides respectively. Pricing and availability of these limited special editions is yet unknown. 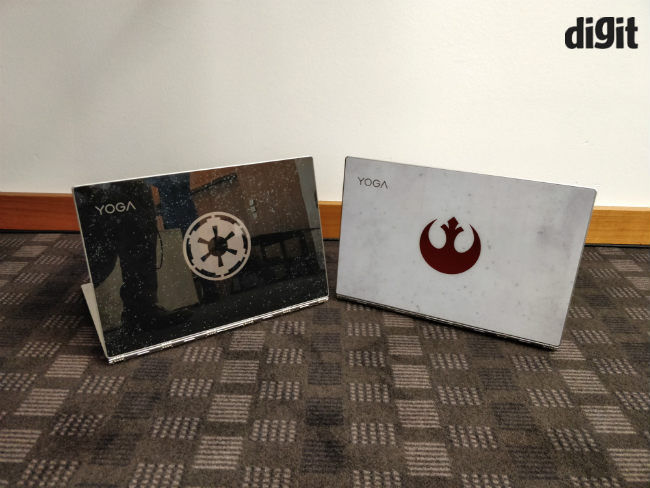 Lenovo Miix 520
If detachable hybrid laptops is something you are looking forward to, then the new Miix 520, features pretty much the same hardware as the Yoga 920. It even has an LTE version and you also get pen support. Users get a detachable keyboard with this machine. According to Lenovo, the keys should provide 1.5mm of travel which is ample key depth, but the smaller touchpad might not suit everyone.

While the top-end Miix 520 shares pretty much the same internals as the Yoga 920, you can get the 520 with lower specifications as well. However, the main difference between the two laptops is most certainly the display. Unlike the Yoga 920, the Miix 520 has 12.2-inch IPS LCD display with a 1920 x 1200p resolution, which is more practical than a UHD display on such a small form factor. 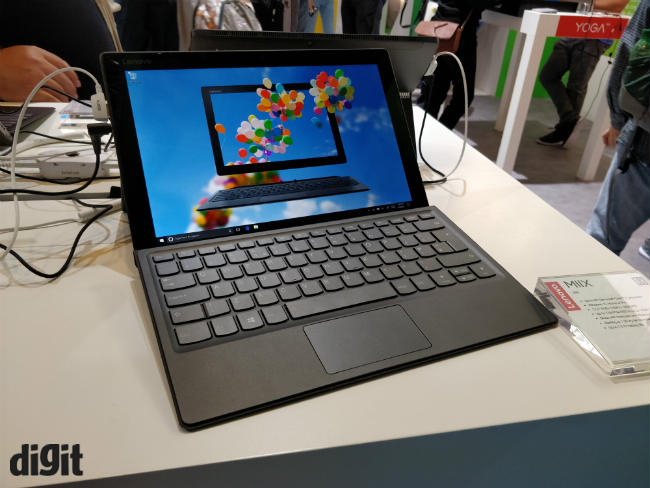 The Miix 520 also packs a new feature called world-sense camera. This is a fancy way of saying that the laptop sports a 3D capture camera. The Miix 520 also gets the Far-field microphones just like the Yoga 920. It is priced at $999.99 and is likely to get an Indian launch somewhere around November.

Lenovo Yoga 720 (12)
The third laptop in this mix is the all new Yoga 720, 12-inch variant. Unlike the other two, the 12-inch is a brand new screen size in the Yoga 720 range. The machine is now the smallest Yoga in the 720 range and packs a FHD 12.5-inch IPS LCD display. The new 12-inch Yoga 720 will be available in various configurations starting from as low as an Intel Core i3 with 4GB RAM and 128GB SSD, to all the way upto Core i7, 16GB RAM and 512GB SSD. While the fingerprint reader as well as the backlit keyboard are additional features internationally, we expect them to come as standard on the Indian variants. 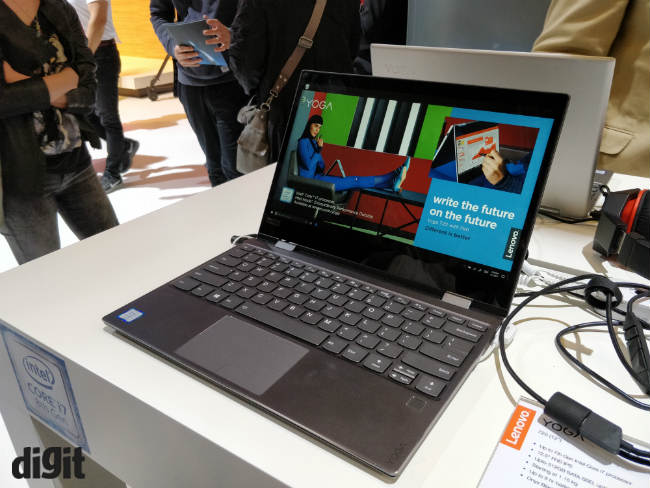