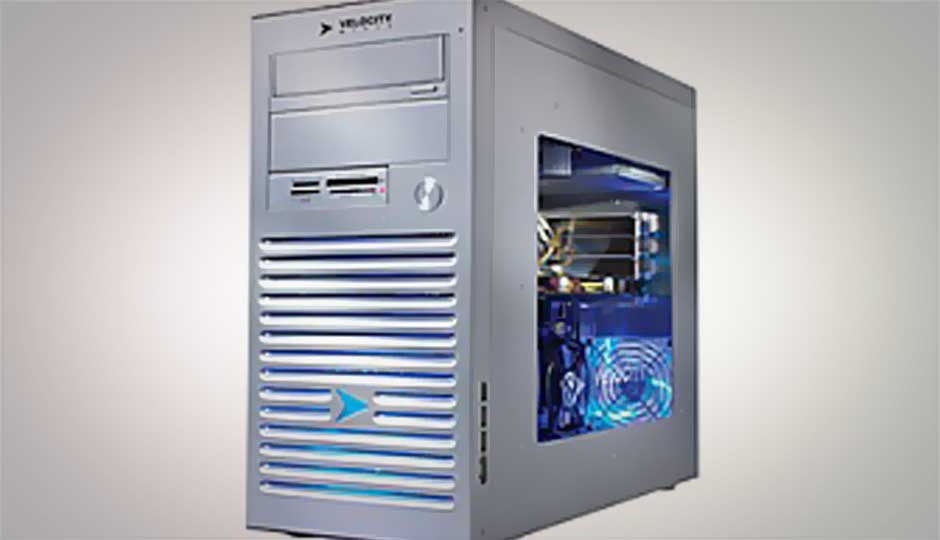 SAN FRANCISCO—At this year's Intel Developer Forum (IDF), which just concluded here, Intel executives and engineers used most of the individual breakout sessions and functionally all of the time at keynotes and other major events to wax enthusiastic about tablets and ultrabooks. What was unusual about this wasn't so much that all the talk downplayed the desktop, but that it basically ignored the desktop altogether.

This was the first time I really realized—or perhaps "accepted" —that the desktop as we've known it (and as many of us have loved it) is about ready to power down for the last time.

This isn't unexpected, of course. Things have been heading this way for years, with laptops slowly but significantly gaining in popularity and market share, outselling desktops in the U.S. for the first time in 2010, and now tablets and other ultrathin devices are poised to permanently place computing in people's hands. But despite hours of intense scrutiny being applied to Intel's upcoming fourth-generation Core microarchitecture code named Haswell, in none of the keynotes or the major technical talks was there any serious examination of what it all meant for desktops. "Better mobility" here, "better battery life" there, and that was about it.

Even bleaker was my small-group meeting with some high-level Intel folks. The hour-long briefing was mostly about showing off Windows 8 and examining what it will mean for PC performance, and there were indeed a couple of desktops scattered in among the tablets and ultrabooks. But one of the Intel guys told me straight up that, before long, the company is going to stop sending out processors for standalone testing and just send out full systems. Like it or not, he said, things are just moving in a different direction.

This was confirmed for me later that same day when a different executive convinced me of something I'd been trying to deny for a while: that most users today care more about usability experiences than they do performance. If Intel isn't necessarily trying to kill the desktop itself, the company and its employees don't seem at all optimistic about the length of its lifespan.

Desktops have survived for as long as they have in no small part because manufacturers have been unwilling to let them go. It's not hard to see why. Even if the majority of consumers prefer a laptop or other portable, a certain dedicated cadre of users is always willing to pay top dollar for top-performing systems—and sorry, laptop lovers (and makers), right now those remain exclusively desktops. Gamers who want the best graphics, sound, and other effects they can get, and enthusiasts and builders who want to control every aspect of a computer from the inside out, have a vested interest in squeezing every drop of potential out of their systems.

So why shouldn't manufacturers have kept catering to that desire, especially when such systems can run upwards of $6,000?

Now, however, the paradigm might be shifting permanently away from that mindset. In their presentation analyzing the graphics innovations in Haswell, John Webb of Intel's client graphics marketing group and graphics architecture specialist Clifton Robin flat-out admitted that "consumers are willing to pay more for thinner and lighter systems." If companies like Acer, Dell, HP, and others can charge their customers premiums for aesthetics instead of performance—you know, the way Apple does—there's no reason whatsoever for them to keep romancing gamers and enthusiasts in any real way. Once that decision is made, the desktop will no longer be at death's door—it will have completely crossed the threshold.

Well ... almost completely. The one standing exception to this is the all-in-one (AIO) desktop, which is actually gaining strength. In their IDF Technical Session "DIY AIO," Intel product marketing engineer Rob L'Heureux and technical marketing engineer Ala Dean cited an IDC Worldwide statistic that 17 million AIOs are slated to ship in 2013. Even more are forecast to go out every year until at least 2015. People are drawn to these systems for many of the same reasons they've long liked regular desktops: They allow for more immersive experiences, they're more responsive (aka faster), they can be stylish additions to a home's décor, and they're easier to keep safe and secure than laptops. (In other words, for most of the reasons my PCMag colleague Joel Santo Domingo articulated when he wrote a year ago that "The Desktop PC is Not Dead, Damn It!"

It looks like, if you really want a stay-at-home computer, this kind isn't going anywhere for the foreseeable future. But it won't be quite the same—and even if AIOs are more powerful than laptops, they make too many compromises to be realistically compared to full-scale desktops on the performance front.

For those of us who grew up on just that kind of computer—and adored everything you could do with and to them, usually with nothing more than a Phillips screwdriver—this is a depressing turn of events. As much as I like knowing that my children will have easier access to information and processing power than I did, with smartphones and tablets and laptops and who can predict what else around them their every waking hour, I can't stifle some sense of sadness that my son will never need to rip apart a computer, or may never even be inspired to do so in the first place.

The good news is that the serious user may have one serious avenue for a while yet. The gamers and DIYers whom dollar-hungry PC companies have long courted remain a driving force, and the flash point of a huge market for a lot of subsidiary companies who make the components they crave. Even if system manufacturers, to say nothing of Intel and AMD, turn their backs on these groups, they're still going to be working to make their computers look and perform better than any pre-fab PC. It will definitely become an even nichier niche than it already is, but it will persist.

It has to. The human spirit demands it. Those who need to create and customize, rather than just open a box, will find a way to continue, even if their methods and their culture becomes harder for everyone else to see or understand.

This was the driving point that injected some good feelings into an otherwise downbeat discussion I had with a group of my colleagues over drinks at an IDF event. We've all seen where things are going (Intel gave them all the same briefings, after all), and we're smart enough to be able to extrapolate the road ahead.

But we're also not willing to let the pursuit—I would even go so far as to call it an art—of customization and rig-building die, even if the desktop is pushing up daisies for everyone else. It means too much, and it's given the computing industry too much. Knowing that makes me feel a little better. Try as I might, I can't stop fearing that, when the desktop is gone, computer users yet to come will never know what they're missing—and thus may never feel the need to search for it.