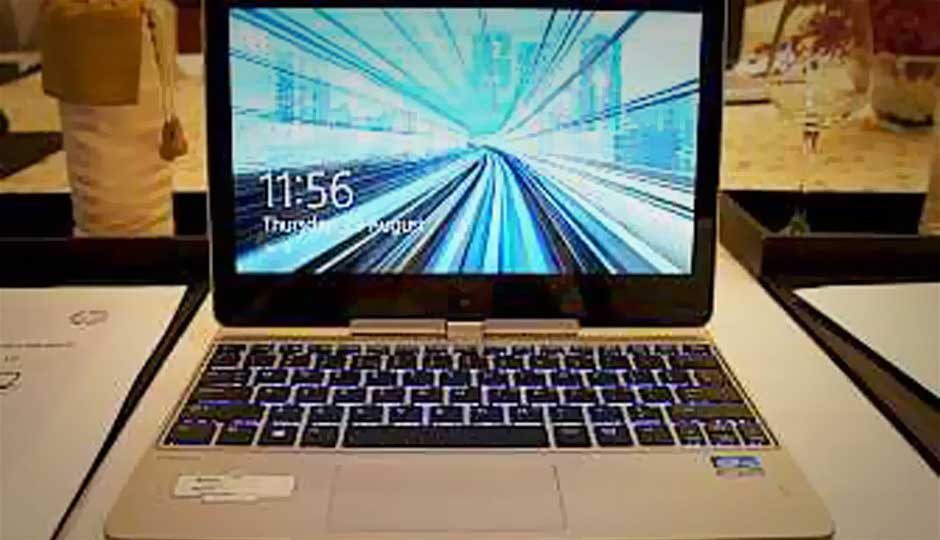 Hewlett Packard Printing and Personal Systems Group has announced the addition of a new machine to the EliteBook business machine line-up. Named the EliteBook Revolve 810, the laptop’s unique point is the pivot and foldable screen that rests over the keyboard allowing the machine to be used in a sort of tablet mode.

Reminiscent of the Lenovo ThinkPad Twist in terms of the design and the display rotation mechanism, the Revolve 810 has an 11.6-inch screen with a 1366 x 768 pixel resolution. The base price of the Revolve 810 is Rs. 90,000. We had a chance to use the machine for a while, and here are our first impressions.

For a machine that weighs 1.3kg, the Revolve 810 is more than capable of being carried around without the shoulders feeling the weight. At its thickest point, with the lid closed, this EliteBook is just 0.80-inches thick. 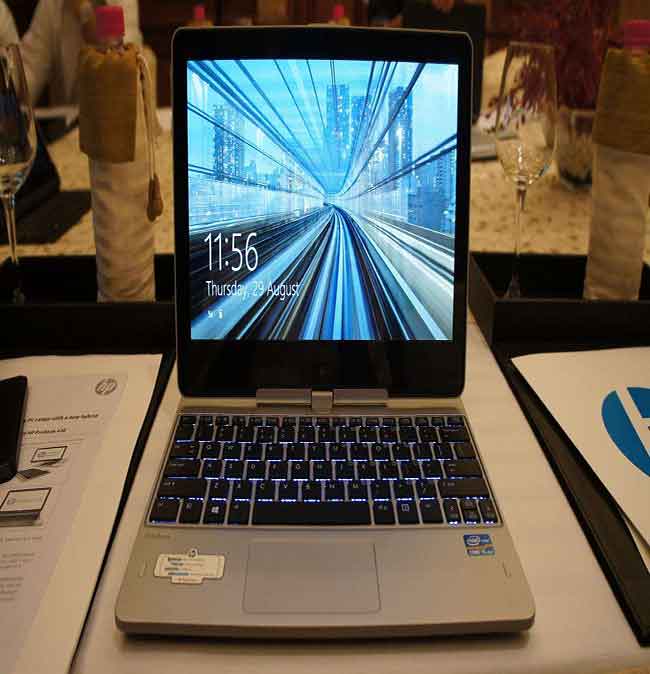 Open it up, and the taut hinge makes sure the EliteBook Revolve 810’s display does not rock around aimlessly while you use it, or even when the machine is moved around. The centre placed twist mechanism moved in one direction only, and allows you to rotate the screen up to 180-degrees, and then fold it back over the keyboard to use the touchscreen.

The scaling has been optimized for the touchscreen-only mode, which means even in the normal laptop mode, you will find a lot more fits on-screen at any given point of time. The touchscreen is smooth, and works rather consistently. We did find the display orientation change between landscape and portrait mode to be a little jerky, but that is something we will check in detail during the test, as it could be an issue with the software updates etc., on that particular unit.

For a business machine, aimed at a specific demographic of users, the display is a tad too glossy. We feel that business users prefer matte displays that do not reflect stuff off the screen back into the eyes of the user, but this screen is closer to what we see in notebooks aimed at home and entertainment. Maybe the glossy screen has been included to make the touchscreen only mode come closer to the rest of the tablets.

Before we move on to other facets of the EliteBook Revolve 810, it is important to note that HP has added the Corning Gorilla Glass 2 layer to this screen.

The build quality of the EliteBook Revolve 810 is absolutely fantastic. The light colour finish on the all-magnesium chassis is something that looks and feels expensive. HP says that there will be a change over to having a design identity across all their laptops - business and home - and that is more than evident, when the EliteBook is compared to the more recent TouchSmart ultrabooks. Matte finish throughout, in what is a mix of the silver and the grey colours.

Surprisingly, HP has launched the EliteBook with the Ivy Bridge range of processors, with the Core i3, Core i5 and the Core i7 processor options. But, the company says that the EliteBook Revolve will get the Haswell update in a few months time. SSD will be standard, in 128GB and 256GB options, as well as the optional SIM card slot for users who want 3G connectivity on the move. The standard RAM would be 4GB, but users can configure that to a maximum of 12GB on the one available slot.

We will be testing and reviewing the HP EliteBook Revolve 810 soon. In the meantime, you can check out the pictures of the product, from the launch event.