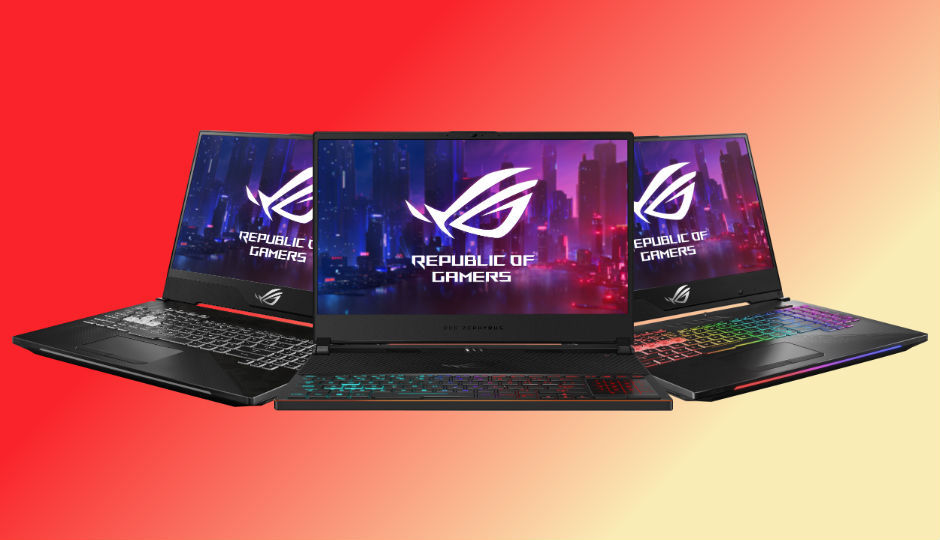 Game graphics have come a long way from the 2D vector graphics from classics like Asteroids or Lunar Lander. The journey has been arduous and each successive step has been taking us closer and closer to the Holy Grail — true-to-life graphics. Vectors evolved to 2D pixels, which in turn evolved to 3D polygons. As PCs became more powerful, graphics quality improved by leaps and bounds. We were introduced to myriad advances like realistic physics, weather & particle effects, extensive damage modeling and much more.

Now, we step into the next step of this eventful journey — the advent of real-time ray tracing.

What is ray tracing?

To understand ray tracing, you need to understand how light works such that we see the world around us. As you might know, light rays originate and travel from a source. Then, these rays hit an object and get either reflected from it or refracted through it. If these light rays impinge upon the retina inside our eyes, the neural system kicks into action and we see the object if everything goes smoothly.

Of course, that’s just extremely simplified. There are a lot of other things that happen when light hits an object. It could reflect, refract, diffuse and so forth. It will even cast a shadow. This is what makes our real-world look the way it does. Different objects interact with light differently. That way you can make out the difference between wood, glass, stone and other materials just by looking at them.

This is one of the reasons why some visual effects in movies look ‘realistic’ while others seem ‘out of place’.

So what does ray tracing have to do with anything? Well, this tech allows for the processing of each ray of light and calculating how it would interact with objects as well as the reflections and shadows it would create. These calculations are based on equations physicists use themselves. As one might imagine, this requires enormous amounts of graphical processing.

So what is real-time ray tracing?

Ray tracing itself isn't that new. The visual effects that you see in movies tend to use ray tracing when creating CGI characters. However, ray tracing in movies is done in only one direction as the position of the camera is fixed. In gaming, the player character is moving around and the ray tracing has to be adjusted in real time based on the movements of the player. The technique is quite graphically intensive and was not available for consumers. Until now.

With its new GeForce RTX 20-series graphics cards, NVIDIA is offering a graphics card, capable of supporting real-time ray tracing. These cards are relatively affordable and look set to upgrade gaming graphics up several notches. Thanks to these cards, the lighting in your games are set to look more realistic. However, it should be noted that games will have to support real-time ray tracing themselves. Right now, games that support ray tracing are limited but expect future games to offer support for the technology from the get-go.

Can I go out and simply buy an RTX-powered gaming laptop right now?

While the RTX technology is pretty impressive, manufacturers like Asus have managed to shrink it down and fit it inside a gaming laptop. In fact, Asus’ new ROG-branded gaming laptops aren’t thick, chunky devices — they are amongst the slimmest 15-inch gaming laptops in the world. Currently, Asus is offering multiple laptops under its Republic of Gamers brand, which are powered by Nvidia’s GeForce RTX 20-series of graphics cards. On top of this, Asus has also overclocked these drives for higher performance, so things a little bit better when it comes to performance.

Here’s a look at the RTX-powered gaming laptops offered by Asus. 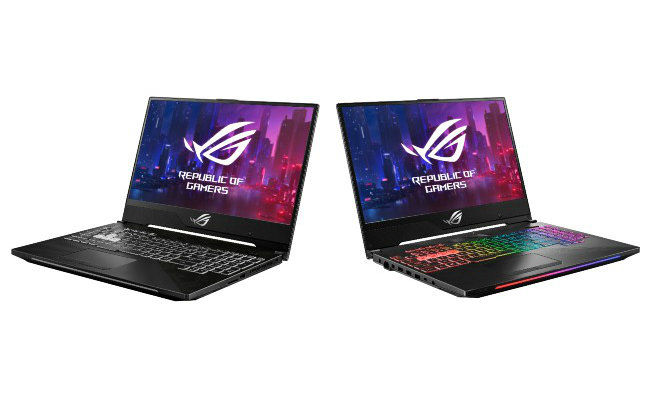 The Asus ROG Strix SCAR II and Strix Hero II are pretty similar devices, however, they both are built for particular types of games. The SCAR II is built for FPS games, while the Hero II is optimized for MOBAs. The SCAR II is available with a 15.6-inch Full HD display with a resolution of 1920 x 1080 pixels and a refresh rate of 144Hz. The laptop packs an RTX 2060 card in the base variant, but if that isn’t enough for you, it is also available with an RTX 2070 card.

Coming to the Hero II, this one is only available with an RTX 2060 card, but that should be more than enough for most MOBA games out there. Other MOBA centric features include highlighting of the QWER row of keys instead of WASD. So that everyone knows that you prefer ults over frags. 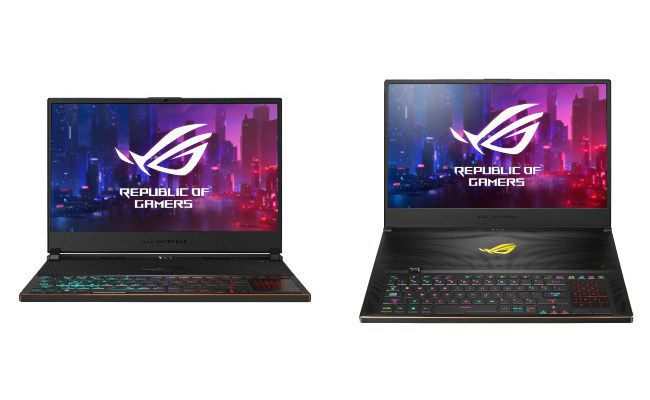 If you are looking for something that’s thin, but still pack a wallop, then the ZephyrusS GX531 and GX701 might be right up your alley. These two laptops are available with Intel Core i7-8750 processors. The ZephyrusS GX531 sports an Nvidia GeForce RTX 2070 card, the GX701 sports an RTX 2080 card. If compactness is high on your list of priorities, then you might want to take a look at the GX531. This device packs a 15.6-inch Full HD panel, as compared to the GX701 that packs a larger 17.3-inch FHD display. Both these panels offer a response rate of 144Hz and offer Pantone Validation for its colour palette. Further, the GX701 also comes with support for Nvidia’s G-Sync technology for smoother gameplay. If that wasn’t impressive enough, Asus says that the ZephyrusS GX531 and the GX701 are amongst the thinnest 15-inch and 17-inch gaming laptops in the world.

As you can see, if you are on the lookout for laptops that pack the latest hardware, then Asus’ new RTX-powered laptops just might fit the bill. Not only do these device pack Nvidia’s newest graphics cards, but are available in different variant. So you have the freedom to choose one that best suits your needs. Further, if portability is something you crave, then the thinnest and lightness offered by the Zephyrus S gaming laptops might be right up your alley.