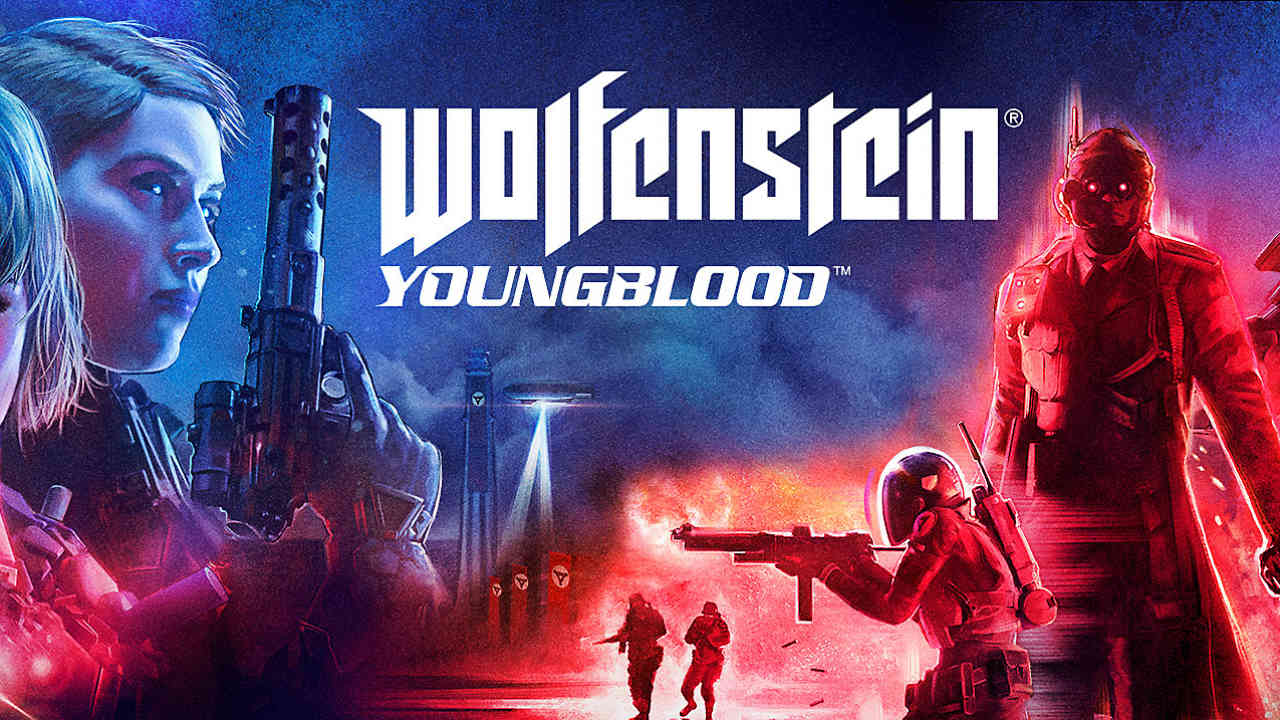 Wolfenstein Youngblood review: Not the sequel we were hoping for

When it was announced that Arkane Studios and MachineGames would work on a Wolfenstein game, I was really excited. Why? Well, MachineGames is the mastermind behind the rebooted Wolfenstein games - Wolfenstein - The New Order, and Wolfenstein II - the new Colossus. Needless to say, both the games were fantastic bringing with them an incredible story, fast-paced action, sneaky stealth sections and of course some epic battles. Arkane Studio, on the other hand, is the developer behind the Dishonored games. Dishonored 1 and 2 brought with them an interesting story, some of the best first-person stealth gameplay since the original Thief games and supernatural abilities that turn the protagonist into the ultimate warrior. The culmination of the minds behind these two epic franchises should have resulted in a breathtaking first-person action experience. Did we get one?

The story of the game picks up in the mid ’80s where the protagonist from the first two games, B. J. Blazkowicz, has retired and is training his twin daughters to become Nazi killers. In the midst of this, B. J. goes missing and his daughters take on the task of finding out where daddy went. The premise of the game is one that could have had some dark turns and maybe some interesting plot twists but what we get is a run-of-the-mill story and not something we expect from the developers of the game. Even though The New Colossus had some over-the-top characters, they seemed to fit in the universe. Heck, even the fact that B.J. has his head chopped off and implanted on another body was a story element we swallowed just because of the way it was woven into the plot, hinting at the possibility from the beginning. In Youngblood, the developers have forgone the deep storytelling element and it is sorely missed. Yes, the girls do come across some interesting story elements that I won't spoil for you here, but it isn't as breathtaking as the first two games. 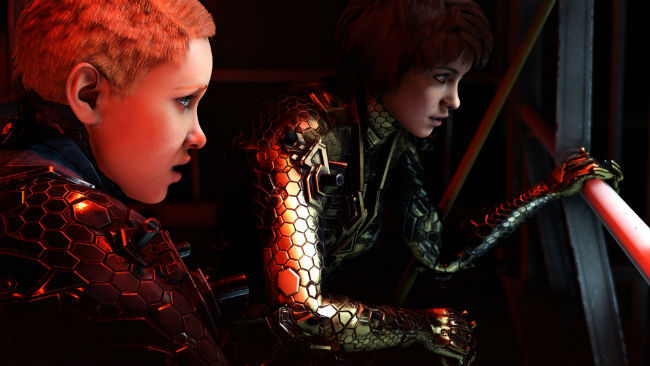 Being a Wolfenstein game, you expect it to have a mix of hardcore gunplay mixed with some slick stealth sections and in both places, the game left me wanting more. When you start the game, you are asked to choose between one of the two lead protagonists and choosing one over the other does not affect your abilities or gameplay. It is purely cosmetic. Since the game is a co-op gamer with online co-op only, there is no split-screen multiplayer. The game isn't an open-world per se but has open areas to explore that has some sections locked out. You can visit these locked sections once you progress through the story.

Coming from Arkane studios there is a sense of verticality in the gameplay but not to the level we saw in Dishonored. You can double-jump to high balconies to get a vantage point or find alternate routes to your destination but that's about it.

The stealth in the game is not as seamless as it was in previous Wolfenstein games. You need to rely on your character's ability to go invisible for some time to reach a foe and take them down silently. The slightest alert can raise an alarm and there is no way to go back into stealth mode until the encounter ends. The biggest downside to the game is that enemies are bullet sponges. So strategic headshots work only for a handful of enemies. Add to that the fact that when you die, you respawn with the amount of ammunition you had when you died. So if you are low on ammo, be prepared to go on an ammo hunt before getting into combat. Adding to the frustration is the fact that checkpoints aren't as frequent as id like, leading to a lot of replays of missions. The worst part is that one cannot pause the game. This would make sense to a certain degree if you are playing with an online companion but playing with an AI companion should give you the ability to pause the game to answer the doorbell or take a phone call. Sadly, all this ammounts to quite a bit of frustration. 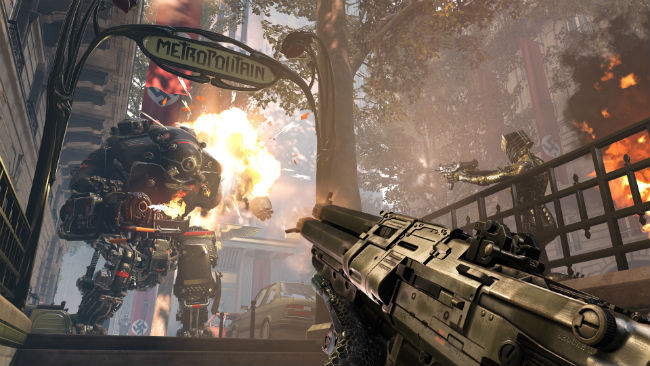 The gunplay, when it works, isn't bad. The arsenal of weapons is wide, and the strategic vulnerability of certain enemies to certain guns ensures you mix up the gunplay. The unlockable abilities also make the experience feel fresh every few hours. Sadly, the cons of the game make it more of a frustrating experience.

You can upgrade your characters ability as well as your arsenal in the game. The character abilities include simple things like increasing maximum health and armour to more adventurous things like dual-wielding weapons, increasing the timer on your stealth meter, and the ability to dash to deliver close-quarters damage to the opponents. You can also unlock the ability to pick up the enemies' heavy weapons but these abilities seem silly to unlock since they were present from the get-go in previous games.

Overall, the changes to the gameplay elements from previous Wolfenstein games are welcome but the lacklustre nature of the overall gameplay upsets the balance. 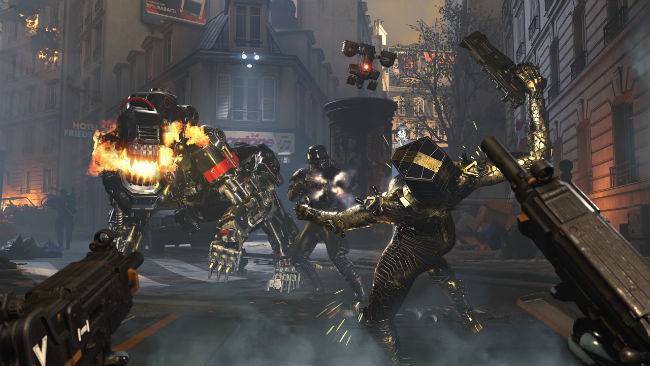 We played Wolfenstein Youngblood on the Xbox One X and the game ran very smoothly except for the occasional hiccup, which can be ignored. Since Paris is split into zones, the game isn't technically open-world but the open spaces you encounter are wide, well detailed. The city, though lacking any life, is still populated with secret rooms to find and game lore littered through the corridors.

The animations and build of the foes you encounter in the game are standard. You have the light, medium and heavily armoured foes to encounter with the standard “area head” guard who needs to be taken down on priority to avoid heavy reinforcements. They each have a distinct characteristic to them, helping you identify them from afar. There are the occasional super soldiers and mechanical creatures littered throughout the game along with exploding dogs (yes, you read that right) that have a signature animation and look in the game, which is quite impressive. 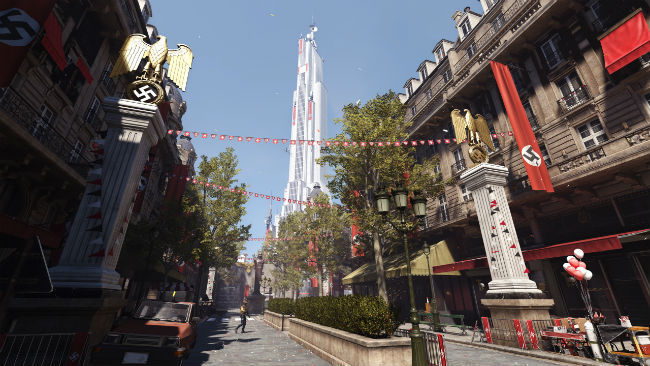 Graphically, the game held 60fps for the most part, with the occasional stutter here and there. I did notice a reduction in stutter when I transferred the game from the external hard drive to the internal drive, so those of you who want to play the game using an external storage device should take note.

Overall, the graphics of the game are on par with those of Wolfenstein II: The New Colossus and we are ok with that.

Oh, how I love the signature gunshot sounds that Machine Games has implemented in its games. From the thuds of the shotgun firing round after round to the burst of bullets from the machine gun and even the silenced shot of the silencer enabled pistol, all sound great, especially if you have a good sound system or a nice pair of headphones. The sound separation is nice too, ensuring you have an idea of the direction from which the enemy is approaching. 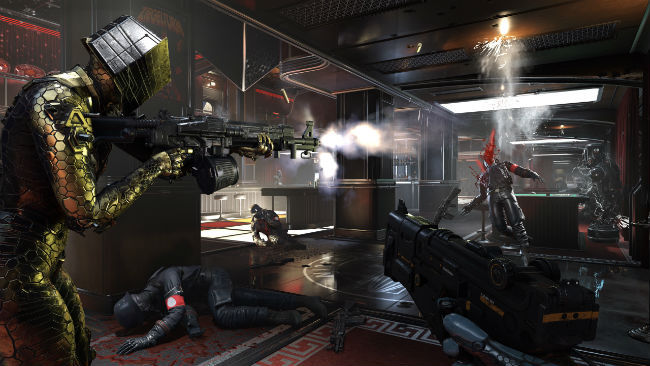 The voice acting of the NPC’s (Non-Playable Characters) and the supporting cast for the story is fine, no complaints there. However, the most annoying voice acting is of the two lead protagonists. This is definitely not how teenagers sounded in the ’80s and every time the twins start a conversation, it ends up sounding shrill and annoying. They need to dial down their excitement quotient quite a bit. It is possible that I am very used to the cynical pessimistic tone of BJ Blazkowicz from the previous games, but the two sisters definitely do get on my nerves.

Wolfenstein Youngblood is definitely not the sequel I was hoping for and it definitely isn't the perfect culmination of the masterminds behind the Wolfenstein franchise and the Dishonored franchise. The game has some decent gunplay and a story arc that could appeal to die-hard fans. But the flaws in the gameplay leave it from becoming a desirable game in one's FPS collections.

We played an Xbox One review copy of the game 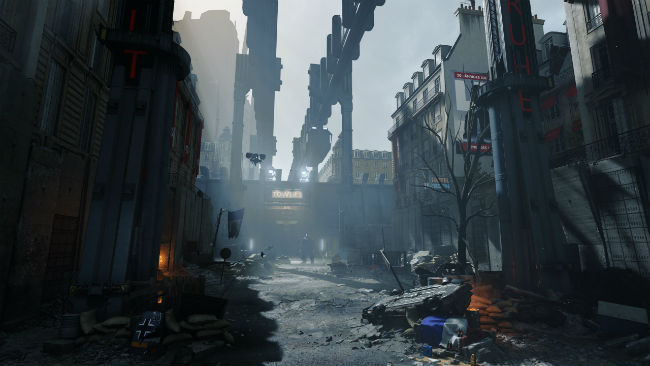