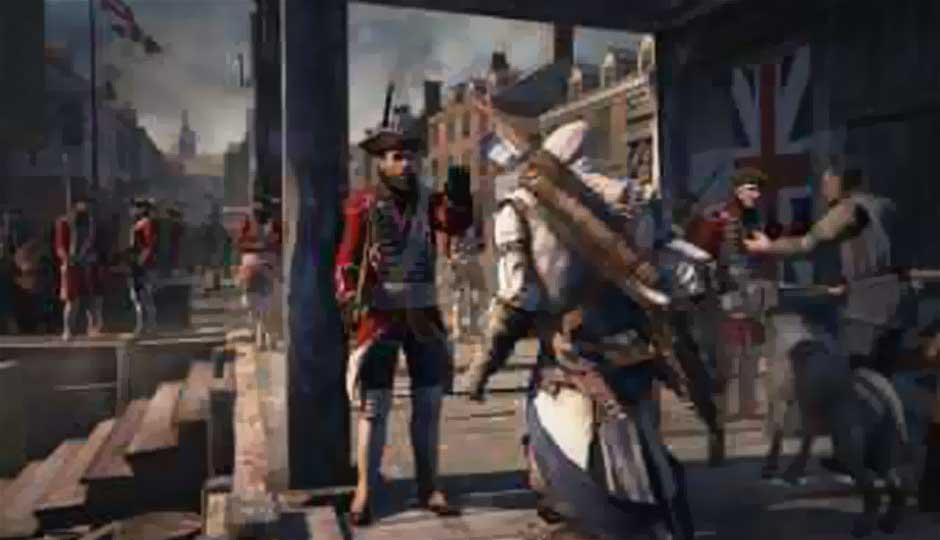 Top 5 games to watch out for in October

If you are one who has been saving money for the best in gaming, the October is the month when you will definitely be broke. We think you will invest in more than one game mentioned on this list. So without further ado, here are 5 games to watch out for i

October is one of the biggest gaming months with a number of major gaming titles scheduled to hit store shelves this month. If you are one who has been saving money for the best in gaming, the October is the month when you will definitely be broke. We think you will invest in more than one game mentioned on this list. So without further ado, here are 5 games to watch out for in October 2012:

It has been ten years since the incident at Raccoon City and the President of the United States has decided to reveal the truth behind what took place in the belief that it will curb the current resurgence in bioterrorist activity and one more adventure unfolds.

Resident Evil 6 will bring to gamers one more dramatic, frightening experience blending action and survival horror. RE 6 will bring fans favourite characters Leon and Chris together to face this unprecedented threat.

This is an Xbox 360 exclusive game and is set 50 years after the events of Fable III. The game asks you to aid the mysterious Theresa who thrusts you into this action packed adventure. The game will give players the chance to wield magic as a deadly weapon, and put you in the heat of combat and puzzle solving. To make the adventure more exciting, the game will be playable with Kinect. Fable: The Journey hits store shelves on October 9th 2012 for $50.

Legends features a story from 6 James Bond films, one film chosen from each Bond actor's series of films, and retelling them with an overarching narrative that ties them together. Player however will don the role of just one James Bond - Daniel Craig. The game will launch for the XBOX 360, PS3, PC and Nintendo’s upcoming console, the Wii U on October 19th and will be priced at Rs. 2,999.

One of Sony’s flagship first person shooting franchises, Killzone is coming to the PS3 on October 23 as a trilogy box. The trilogy will be priced at $40 (Rs. 2,200 approx.). The game includes the complete franchise including all DLC’s. We wish the PSP version of the game too was a part of the package. If you have a 3D compatible TV then you will be able to play all the games in 3D. If you are a fan of Sony’s motion controller, all the three games support the PlayStation Move.

Probably the most anticipated game of the year, Assassin's Creed III is the fifth game in the console series of the franchise. This time gamers will don the role of Connor and the game will be set during the American Revolution. Ubisoft claims that Conner is the most detailed third person action character created till date. The combat too in the game has been improved upon. For starters, the game lets you wield dual weapons as well as pick up weapons scattered throughout the environment. The game will hit the PS3 and the Xbox 360 on October 30th 2012 for Rs. 2,799.