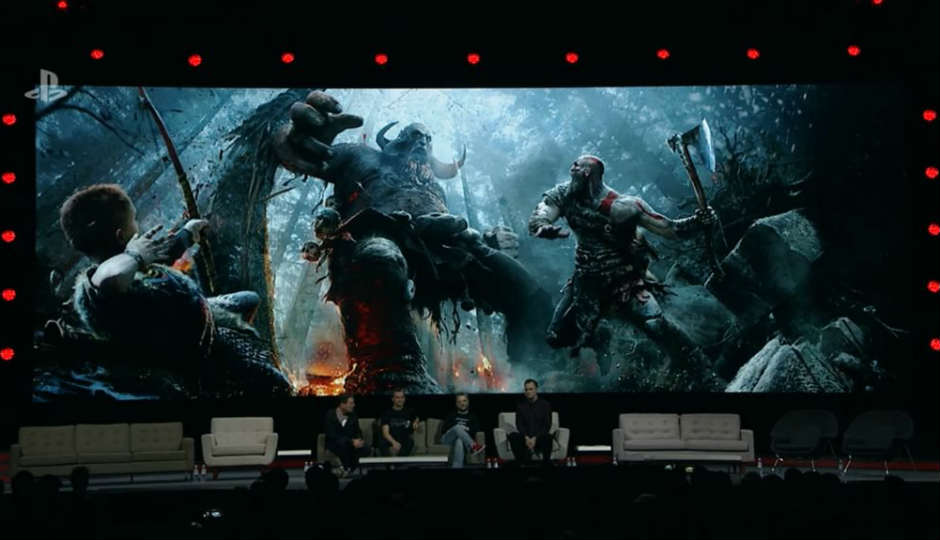 Started in 2014, the PlayStation Experience or PSX as it's fondly known, is an annual event organised by Sony to showoff its latest gaming chops to the world. PSX has been about experiencing everything PlayStation. Rather than having an opening ceremony filled with trailers and new announcements, this year, the PSX opening ceremony was a group Tete-a-tete in front of a live audience. The couch conversation included members from big studios behind games like Horizon: Zero Dawn, God of War and more.

Alco a part of the panel was Death Stranding creator, Hideo Kojima, and PlayStation Lead Architect Mark Cerny, accompanied by Sony’s own Andrew House. Before we get into the details, you should know that there were no ground-breaking announcements that happened at PSX 2017. We don’t know the official release dates of God of War, The Last of Us 2 or Death Stranding. Most of the announcements were around PSVR and indie games, with multiple panel discussions thrown into the mix.

Someone may get pregnant in the Last of Us Part 2

One of the statements made by the writers of the game during the panel discussion of the Last of Us Part 2 was, “I think I got someone pregnant.” We know for a fact that Ellie is 19 in the game and based on the first trailer that was released, speculation is high that Joel is dead or dies in the game. Will Ellie have a baby in this game? Is it her baby that has the cure to save the world? We don’t even know the release date for the Last of Us Part 2, but we can tell you that it is one game we are excited about.

God of War will be a long game

Creative Director at Sony Interactive Entertainment's Santa Monica Studio, Cory Barlog said that God of War will be a long game. The game is expected to be 30 plus hours long and that is a big change from previous instalments that have been close to 10 hours long at best. How God of War makes its transition to an open world or semi open world game is yet to be seen. One of the best examples of a game giving you large areas to explore without making it an open world game is Rise of the Tomb Raider. We hope God of War does something similar. No release date is known for the game, but it is rumoured to release in March 2017.

MediEval is getting remastered

Yup. It is. That’s the news. Check out the teaser trailer below.

Though no new gameplay missions or release date was announced, Detroit: Become Human was played on stage live and the audience got to make the choices. The gameplay looks interesting and shows off all the possible choices you can make in the game.

The reveal trailer came before PSX but we got to see some new gameplay of Soulcalibur VI at PSX 2017.

There were a number of games announced at PSX 2017 for the PSVR, Sony's gaming virtual reality headset. The Last Guardian is getting a VR mode. Players will be able interact with Trico in this experience, which is said to last 15-20 minutes. It will be available for free on the PlayStation Store on December 12. Firewall: First Contact, a team-based 4v4 tactical first-person shooter game was also shown off for the PSVR.

Another reveal for the PSVR was Jupiter & Mars, a new underwater adventure game. For those of you that love Rick and Morty, Rick and Morty: Virtual Rick-ality was also announced. WipEout Omega Collection is getting a VR mode too.

A lot of good industry insights were discussed during the panel discussions at PSX 2017. You can check out all the discussions here.

5 games releasing in December worth checking out Previous Post
The Xbox 360 is 15 years old: Here are 15 facts about the gaming console you probably didn’t know Next Post