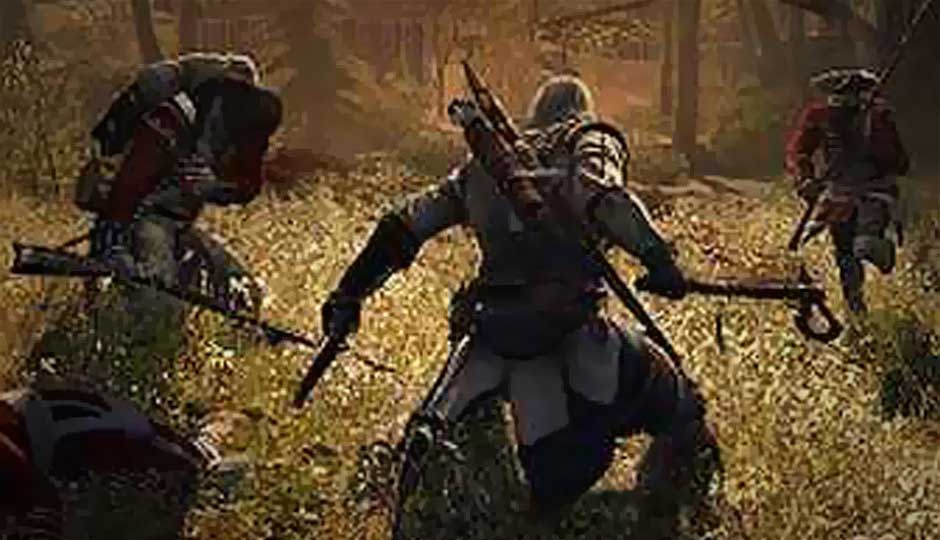 As the holiday season nears, the video game marketing machines are ramping up. E3 is in the rear-view mirror; we've seen what big-budget games we should expect for the holiday season. All that remains is for them to ship.

As the holiday season nears, the video game marketing machines are ramping up. E3 is in the rear-view mirror; we've seen what big-budget games we should expect for the holiday season. All that remains is for them to ship.

This year, the two top consoles - the Xbox 360, which dominates the U.S. market, and the PlayStation 3 - will joined by a third, the new Wii U, on Nov. 18. Although early Wii sales were phenomenal - the console was the platform to have for the first two or so years of its existence - poor Nintendo is looking long in the tooth. It hasn't helped that most of its top titles have been internally developed.

Now, for this holiday season, we have a few platform exclusives - Nintendo's ZombiU, PlayStation All Stars: Battle Royale, and Halo 4 - as well as some AAA titles for all platforms, including the PC. Here are the hot titles you'll probably want to pre-order, as well as some snippets of actual gameplay to whet your appetite.

Call of Duty: Black Ops 2
The popular first-person shooter (FPS) returns on Nov. 13 for PlayStation 3, Xbox 360 and Windows PCs. It will launch for the Wii U on Nov. 18 in the U.S. and on Nov. 30 in Europe, though the Wii U version won't have Call of Duty Elite at launch, Activision told Kotaku this week. The Standard Edition will be $59.99, while a Hardened Edition for the Xbox 360 and PS3 will be $79.99, as will a Deluxe version for the PC. This time around, Alex Mason and his son take on a narco-terrorist who comes to power as a champion of the oppressed.

Far Cry 3
Ubisoft's Far Cry 3 will be published for Xbox 360, PlayStation 3, and Windows PCs. The game was originally set for release on Sept. 4 in North America and Sept. 6 in Europe, however it was delayed to Nov. 29 for Europe and Dec. 4 for North America due to the developers polishing the game. No malaria or mutants this time, around, apparently: the goal of the game is merely to escape the islands, which, all told, are apparently 10 times larger in total area than previous versions of the game. Vendors like Gamestop are charging $59.99 for the game (including bonus missions) although Ubisoft is charging $49.99 for a PC download.

Halo 4
Halo 4 is the first installment in a new trilogy of Halo series games, known as the "Reclaimer Trilogy." The game begins four years after the ending of Halo 3, and marks the return of the Master Chief as the main protagonist, and the AI Cortana. According to the trailer, master Chief will be tasked to find out what happened to the Infinity, a starship sucked through some sort of wormhole. A new race of enemies is also revealed.

The game is set for a worldwide release on Nov. 6 with the exclusion of Japan, where the game will be released on Nov. 8. So far, it looks like just the Xbox 360 will be initially supported, although it's hard to believe that the PC won't see a release, eventually. The Standard Edition is $59.99; a Limited Edition is currently sold out.

Professor Layton vs. Ace Attorney
Professor Layton vs. Ace Attorney is set for a Japanese release for the Nintendo 3DS on Nov. 29, but it combines two beloved characters: Professor Hershel Layton and Phoenix Wright. The game will feature a combination of gameplay elements from the Professor Layton and Ace Attorney series, with players alternating between the two starring roles, apparently to track down accusations of witchcraft. Neither character is in his own world, with both appearing in the mysterious Labyrinth City, which has been victim to a number of impossible occurrences recently. The town is allegedly home to witches who hide in the shadows, and is supposedly controlled by a villain known as the Story Teller.

ZombiU
ZombiU will be released exclusively for Nintendo's Wii U console on Nov. 18 in North America, and is a reboot of Ubisoft's first game, Zombi. The player controls a random survivor who must attempt to survive a zombie apocalypse running amok in London. The game is controlled using the Wii U GamePad, which has various context sensitive uses such as assisting in aiming certain weapons and unlocking doors. Since the Nintendo Wii is pretty long in the tooth, Nintendo and Ubisoft alike are hoping that the zombie-themed shooter convinces a new generation of gamers to defect to its new console. It will be priced at $59.99.

What to say about this game? It's the same old gameplay you know and love, with a speed mechanic. The game can be controlled either using Wii Remotes or the Wii U GamePad, the latter of which allows play separate from the television screen.

New Super Mario Bros. U introduces new power-ups, such as a Flying Squirrel suit that allows players to glide across long distances or slowly descend down vertical paths and cling to the side of the walls. Baby Yoshis, which last appeared in Super Mario World, can be carried by the individual players. Each Baby Yoshi has a special ability based on its color, such as inflating in midair, blowing bubbles to attack enemies and illuminating dark areas. For more, see PCMag's review of New Super Mario Bros. 2.