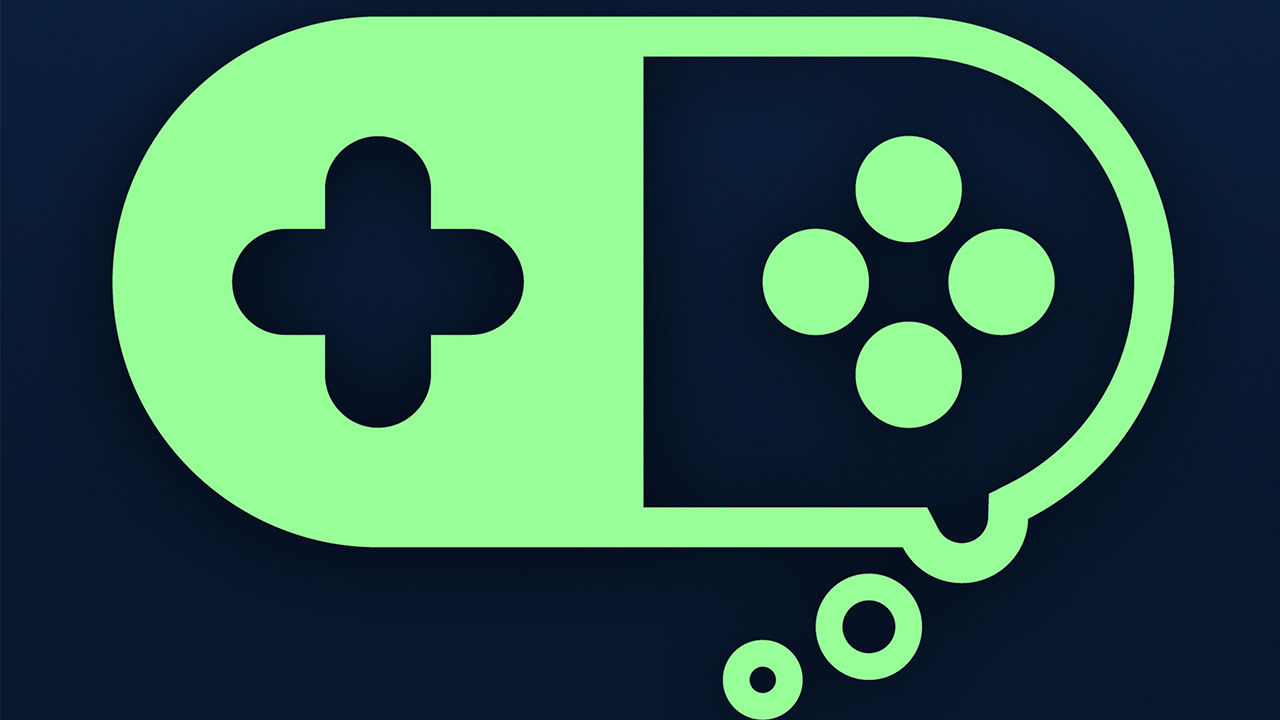 Healthy Gamer – a metal health program for gamers, by gamers

Healthy Gamer is an initiative consisting of a website with a blog, a Twitch channel and a YouTube channel which focuses on mental health for gamers.

You return home after a bad day at school or work. Everything around you seems like a mess. You feel like a liability. No longer having the energy or motivation to pursue set goals, you continue to push through the same cycle every single day. You feel sad and lonely. As soon as dark thoughts start creeping in, you turn on your PC or console to play some games. When you do, you realise that games no longer make you happy. But rather they act as a distraction from the real world. Seeking help usually does not work since most boomer psychiatrists just classify it as “addiction”. Instead of finding the root cause of this lifestyle, they restrict and put limitations on the coping mechanism and call it a day. This is because they put video game addiction in the same category as things like alcohol addiction or drug addiction. Being addicted to video games is in fact inclined more towards what the individual experiences in real life. Here, video games act as the coping mechanism which allows the individual to escape from reality. Other than that, false information linking video games to acts of violence such as school shootings makes it difficult for boomers to understand what they are actually dealing with. Dealing with these issues would be way easier if there were special recovery coaches. Coaches that individuals and parents of young gamers as such could relate to and speak to freely.

In order to address these issues, Healthy Gamer was founded. Healthy Gamer is an initiative consisting of a website with a blog, a Twitch channel and a YouTube channel which focuses on mental health for gamers. It is developed and run by a world-class Harvard-trained addiction psychiatrist, Dr Alok Kanojia, practising in Boston, Massachusetts, USA. As he describes it, “It is a mental health resource for gamers, by gamers”. Dr Kanojia does not believe that playing video games for hours on end is problematic in any sense. If that is one’s hobby, they might as well enjoy it to the fullest. Instead, he believes that if that lifestyle starts affecting other aspects of the individual’s life, such as career or relationships, then he or she is an addict and it is a problem that needs to be addressed. To understand the idea and the motive behind his initiative, we need to go back in time. 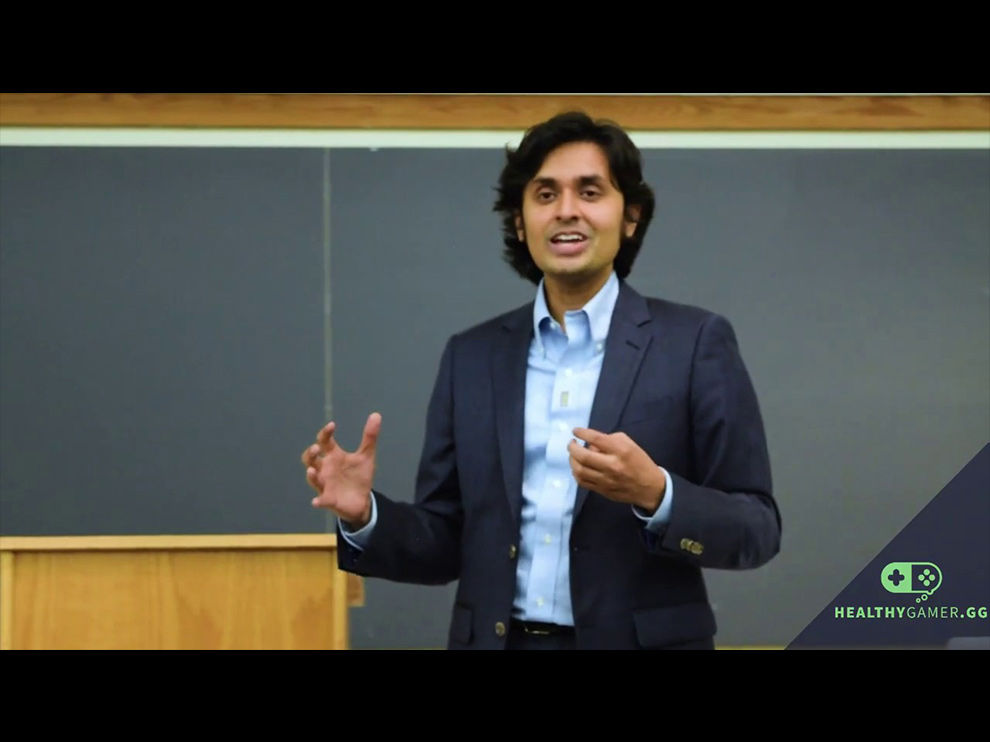 What differentiates Dr K (his Twitch alias) from other psychiatrists is that, before he became a renowned psychiatrist and Twitch streamer, he was a video game addict. When he was young, he was addicted to games such as Starcraft, Diablo II and World of Warcraft. His daily routine consisted of playing video games all day and then going to bed at around 3 or 4 AM, which was not a healthy lifestyle. Due to his addiction, he did miserably in school. He almost failed out of college and then finally ended up graduating with a 2.5 GPA. He then spent the next decade trying to overcome his own addiction, rebuilding his life and trying to understand how video games affected the human mind. While practising medicine at Harvard, he noticed a lack of academic knowledge when it came to video game addiction. Despite how knowledgeable and brilliant the doctors he was working with were, they knew nothing about video game addiction. This is understandable considering the fact that most of the psychiatric heads were probably in their 50s or 60s and had never played a single video game in their life. However, a little knowledge is a dangerous thing. Lack of research and knowledge translated to lies and assumptions. Such as the link between video games and mass shootings. Over the next 5 years, Dr K worked with gamers, including pro-players, video game addicts and families of gamers in order to deeply understand the effect video games have on human psychology. In the year 2019, he held a Reddit AMA to address video game addiction and the rumoured co-relation between videogames and mass shootings that took place around that time. Seeing the overwhelming response to it and the curiosity surrounding the subject due to lack of information and research out there, Dr Kanojia created Healthy Gamer (healthygamer.gg).

Through Healthy Gamer, Dr K combines gamer psychology and addiction psychiatry to digitize interventions for video game addiction. Healthy Gamer is basically a non-professional counselling and discussion service run by Dr K and a team of recovery coaches who are reformed gamers just like him. Since these coaches had struggled with and eventually overcame video game addictions in the past, they understand the gamer psychology. They understand that the root cause of video game addiction stems from real-world aspects and experiences that affected the individual’s minds in certain ways. This further leads to gamers finding solace in virtual worlds. How these gamers view these virtual worlds differs from person to person. To put it in perspective, for some people, the virtual world might be comforting and might actually heal them even. But for others, they might not see the virtual world as a comforting or happy place. Instead, they just find it a little bit more bearable than the real world.

In order to reach the gamer mass, Healthy Gamer had to connect with them. So, Dr K took a digital approach. This included creating a blog, a Twitch channel, YouTube webinars, a family program for parents and even a Discord server where gamers could talk to recovery coaches about their problems openly without being judged. Healthy Gamer’s popularity skyrocketed when he interviewed popular Twitch streamers such as Reckful, Mizkif and LilyPichu on his Twitch channel. 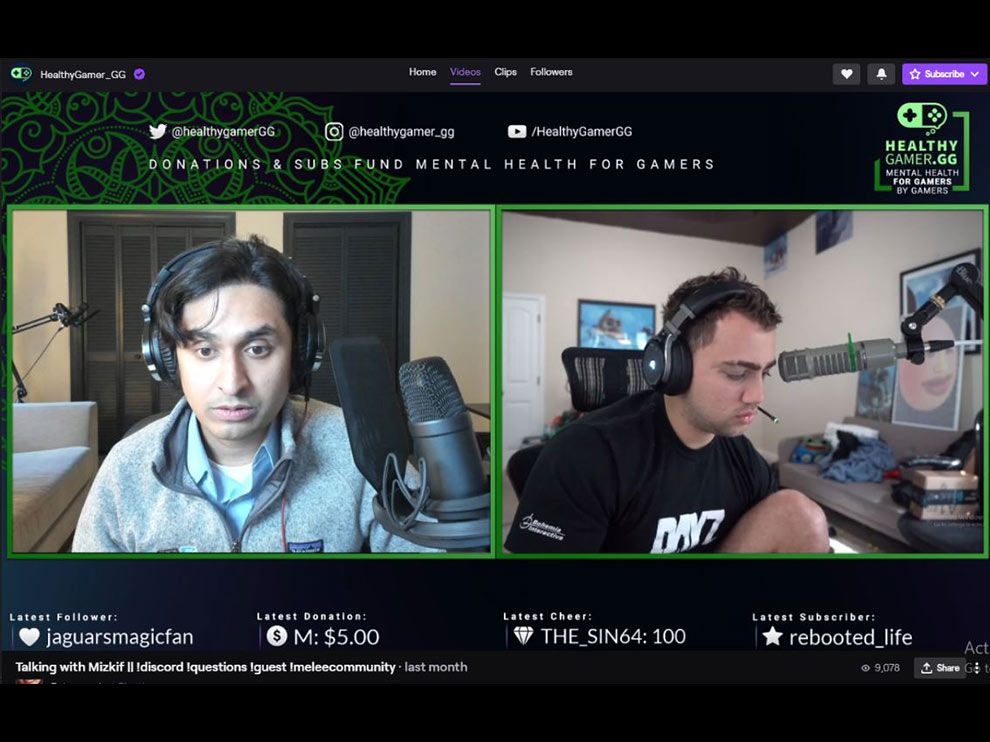 Interview with Mizkif on dealing with ADHD

These interviews helped them in dealing with their personal issues where past experiences in life kept haunting them. Since most streamers and gamers have a similar lifestyle which primarily includes playing games and watching videos, Dr K was able to connect with a bigger audience via these live interviews while interacting with them simultaneously. Other than interviewing Twitch streamers he also talks to random viewers from his Discord servers on his streams. These interviews range from talking to video game addicts to porn addicts all the way through to even interviewing an involuntary celibate with regards to the idea of forming a relationship. His YouTube webinars focus on topics such as dealing with social anxiety, depression, models of the mind and also teaches the importance of meditation for mental health. Healthy Gamer also has a family program, which is built for parents of young gamers. Here, Dr K provides a complete toolkit consisting of webinars for parents to understand the gamer psychology.  These programs attempt to bridge the gap between gamers and their parents by educating them regarding games and young gamers, by providing them answers through the perspective of a real psychiatrist who was once a video game addict.

Healthy Gamer’s goal is not about quitting video games. It is about building healthy lifestyles while also enjoying video games. Through this initiative, Dr Alok Kanojia attempts to help gamers in understanding themselves and live enriching lives, while also playing games for the reasons that they were created for. Which is - to be enjoyed and not as an escape route.