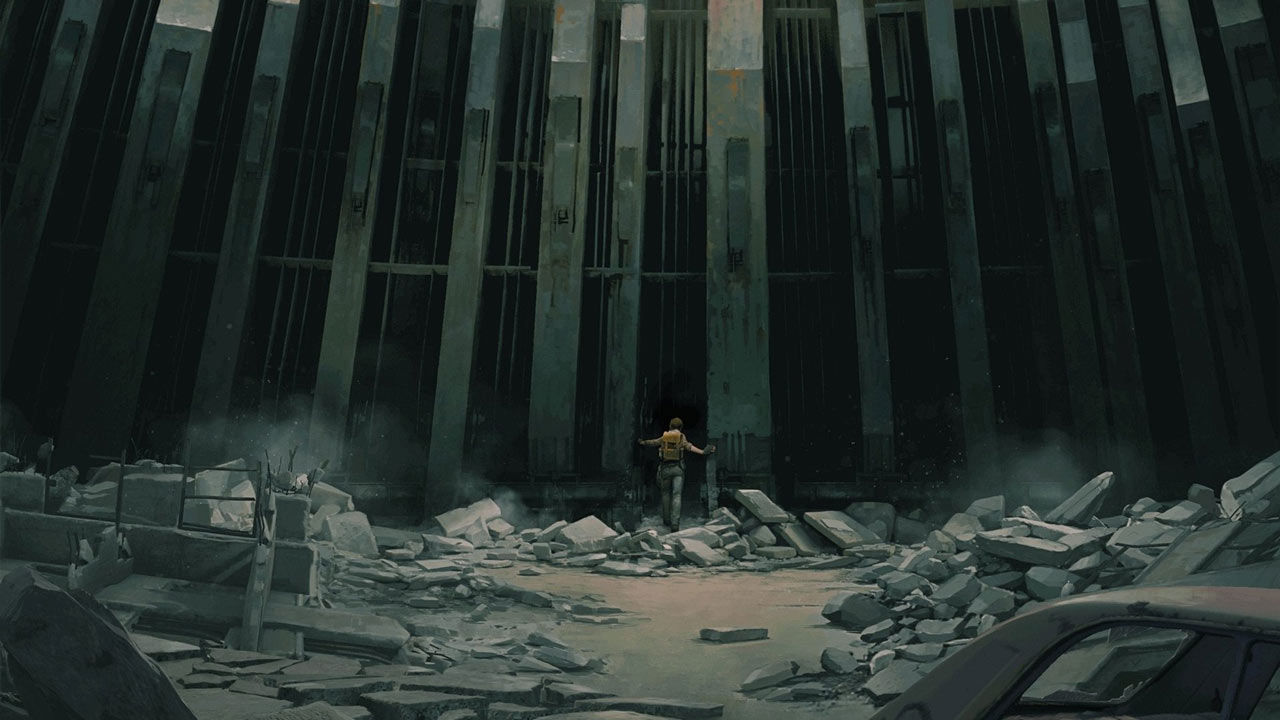 Half-Life: Alyx is perhaps the first AAA video game title that is made-for-VR that is best experienced with Valve’s very own HMD VR solution, the Valve Index. However, the game plays just fine on every other VR system out there. While everyone has been waiting with baited breath for Episode 3 for more than a decade, it’s safe to say that Valve has pulled a Sopranos on us. Episode 2 ended with a nasty cliffhanger but it’s one of the reasons why the game has become so “meme”orable. So Valve ditching that storyline and releasing a prequel is tantamount to levels of cruelty that even the gulags didn’t drop to. That being said, Half-Life: Alyx more than makes up for all of Valve’s sins.

If the name didn’t give it away then you’re probably living under head crab’s butt. You play Alyx Vance in a time period between Half-Life and Half-Life 2; about five years before Half-Life 2. The Combine is everywhere in City 17 and Alyx spends most of her time surveilling their forces. In fact, the Combine is busy building a massive monolith in the middle of the city which happens to be Alyx’s principal interest. The game mostly revolves around this monolith and that’s about all we can let on without unleashing the spoilers.

Half-Life as a series has built a reputation for leading the charge when it comes to innovation in gaming. The first Half-Life introduced several new concepts including how environmental elements would interact with each other to mimic real-life scenarios. A live electric cable making contact with water would cause the entire body of water to become a hazard. Crouch-jumping, a movement mechanic that has become second nature to every FPS player was something you first learnt in Half-Life. It feels natural for Half-Life: Alyx to continue this legacy and put down some concrete mechanics for movement in VR.

Movement in VR has been the holy grail that every game developer has been after. While increasing the pixel density and refresh rate of the HMD displays can certainly help with immersion, it’s when you have to move around in the video game world that causes immersion to break. Now we’re not saying that Half-Life: Alyx has solved that problem but it certainly has made more progress than anyone else. The game makes available different movement mechanics for the player, these are named Blink, Shift, Continuous and Continuous Hand. (Continuous) If you happen to use the Valve Index, then the left analog stick can be used to move around. (Continuous Head) is a slight variation in the sense that you move where you’re looking rather than where you are pointing. (Blink)The traditional click-to-teleport system is always a safe bet. (Shift) And lastly Shift is a staggered approach of using Blink. We found Continuous to be the most natural for us. Blinking makes things a little easy and breaks immersion each time you perform it.

The other aspect of immersion is through your HMD. We would advise against using an older gen VR system with low resolution. We found this to be an inconvenience while shooting since it was difficult to align the iron sights on weapons but you eventually develop the right judgement for it. Also, if you have spectacles then avoid jerky movements with your head, those things can hurt when inertia forces a heavy HMD to knock your glasses askew.

Then there are other minor elements which add to the immersion such as reloading a weapon is done by using your hands to cock the weapon. You don’t have a hotkey to reload so the convenience is taken away to be replaced with a sense of caution. Every object that lies in your way has to be moved using your hands. Doors have to be manually opened so you do find yourself sneaking a peek into the next room and making a mental note of all the enemies present in the hopes that you can pull a John Wick style choreographed fight sequence. Alas, you’re going to fumble and there is bound to be a jump scare or two in the form of headcrabs or awakening zombies.

The game is just like others in the series. It relies on a lot of puzzle-solving peppered with combat situations every now and then. Using your hands to manipulate elements of various puzzles is where you experience most of the fun. Combat comes in at a close second. We can’t help but go gaga over the level of immersion in each situation. If normal video games could make you empathise the bevy of emotions that the protagonist feels then Half-Life: Alyx actually makes you experience them. Perhaps you’re in the heat of battle switching positions, taking cover behind different environmental objects while trying to squeeze a few shots through glass panes. Or you’re navigating through dank tunnels moving bodies aside only to find a fricking headcrab lunge at you. Then again, you could be flicking through a hologram puzzle in order to move to the next area. The immersion of the game really sells it. If it weren’t for our older VR HMD, we’d have had an even better experience.

The story is very linear. Throughout the game you are put in different environments, sometimes these are claustrophobic spaces while sometimes you’re in wide open areas. Either ways, the element of discovery and going about as your own boss is limited. Valve wants you to go about the game in a certain manner and you’re left with no other choice. We can forgive Valve for this aspect. Building a AAA video game with an optimal VR experience is a tall order and maintaining immersion throughout the game takes a lot of effort.

The final aspect that made it for us is the audio mastering. With a good pair of IEMs, you get a whole cinematic experience in the game. The developers have used audio cues as effective means of channeling you through the game. It would appear that the Source 2 game engine has a high level of detail when it comes to utilising 3D sound. It seems that every element on the screen has been given its own audio file which through the game engine works to really bring the environment to life. Moving around causes your clothes to make noise and the faster you move, the more noise you make. It’s not just plain clopping footsteps in the game. Later on, if you’re trying to creep around enemies, you will learn to recognise different audio cues and figure out what they’re doing at that particular moment.

Verdict: Gordon would be proud

VR has a lot of challenges before it becomes mainstream. The HMDs are still expensive and as a result, very few individuals own them. While that was one major factor that has impeded mass adoption of VR for gaming, the other has been the lack of a proper video game that solved the movement problem and of course, visual fidelity. Half-Life: Alyx has taken care of the last two elements, well, mostly. Movement is still a little unnatural and extended VR sessions does leave you disoriented but the visual fidelity challenge has been surmounted. The game requires an absurd amount of computing power for best experience and that has only recently become available. We can certainly say that Alyx has landed at the right time considering all the factors. The next generation of graphics cards are around the corner and desktop processors have insane amounts of compute power. This also opens up new avenues for VR HMD manufacturers to redesign their devices to make use of raw power that is now available. Sure, it will mean that VR will continue to be a little pricey but it will give reason for game developers to consider VR as a viable platform for their AAA titles.