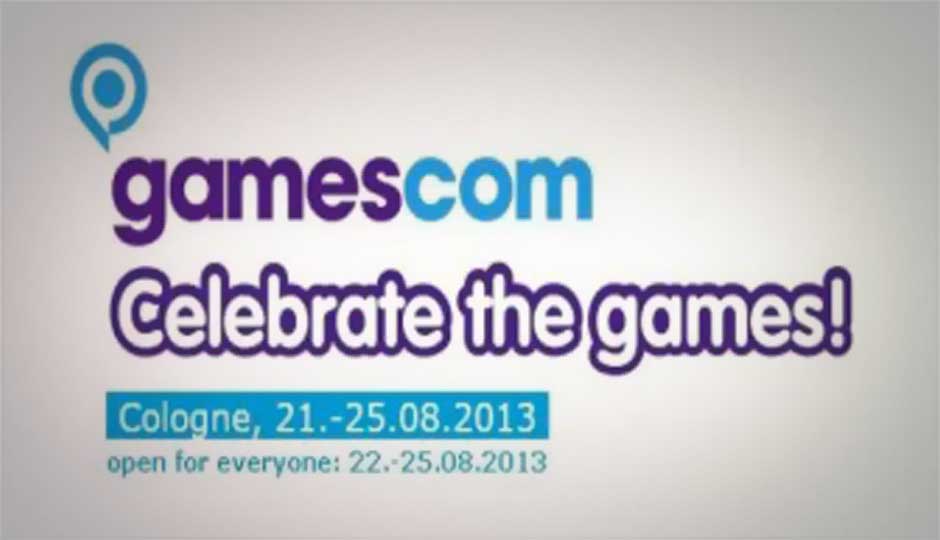 Gamescom, one of the world's largest gaming event, catering to the honchos of the gaming industry from the press to game developers to publishers, and most importantly us. The event contained major announcements about the Xbox One and the PS4, where we covered at the preceding links. The annual whirlwind of gaming activity dawns upon Cologne in Germany, a place to be if you want to witness the coming year's best.

The show is in full swing and far from over. Gamescom has already brought news about the brand new The Sims, plus new expansions to Diablo III and XCOM and plenty of mouth watering updates on previously announced games.

Hence, we've gathered our favourite titles at this years show - the games that we were the most excited about. It was very tedious filtering process as this years Gamescom had so much to offer. So here's our list of the best at this year's event

Respawn Entertainments online shooter Titanfall was one of the best things at Gamescom. The game is boasts its over-sized hardware and with each new look at the game, will get you wanting for more - and this weeks Gamescom reveal was no exception. Experience Titanfall's fast-paced, vertical combat with this new, cinematic multiplayer gameplay video featuring Attrition Mode on a new map called Angel City.

The game is packed with men in great robot suits, absurd sky high jumping and fearsome bullet combat, and you get jet packs too. It is definitely a hardcore action game and a fantasy for action fans. The game does look astonishing.

The famous legend series need no introduction. Microsoft to everyone surprise announced a brand new Fable title for the Xbox One.

Fable Legends takes the adventure back to Albion yet again, offering plenty of choice focused RPG style action.However, this time around you can have three friends along. And the best part - there's also an option to play as a villain, commanding your own army of enemies against the good guys.

That is all the information we have about the next installment of the famous flagship Fable franchise. Really excited to see more of Fable.

The stealth genre is still alive and kicking as last year's Dishonored proved - and who better to showcase the art of stealth than master of sneaking himself, Garret.

Reboot of the classic Eidos series, Thief is an open ended strategy game, where Garrett returns to the Gothic, industrial metropolis known as the City to steal stuff so as to make him richer. In order to thrive in his quest,Garret pays attention to his environment and makes use of the many options through each of the game's levels.

We have high hopes for the new look revamped thief, and based on the new trailer revealed as a part of this week's Gamescom show, it sure looks spooky and atmospheric.

Honestly, The Witcher 3 will be a certain massacre in every sense of the world. CD Project has done some real fine work, putting up a package that will for sure lure any gamer on the planet. It portrays the cruel and gritty world of The Witcher and the foreshadows.

The game is all about open world, non linear story, living environments and some stunning visuals. The Witcher 3 is for sure going to make an impact with some absolutely gorgeous graphics, fully utilizing the graphical prowess of the next gen consoles.

Gamescom finally brought some news on the third person action title. The game is all geared up for a release exclusively on the PS4 in 2014. Though not much has been revealed but it takes place in an alternate Victorian London where advanced technology is at your disposal in your fight against powerful and ancient foes.

The Order's intriguing premise and stunning visuals will definitely make heads turn. Hoping for some more information on the game soon.

Gamescom was a hot property bearing in mind the fact that the industry might be going through a complete metamorphosis as both Microsoft and Sony previewed their next gen consoles.

Xbox One pre-order will fetch you a free copy of FIFA 14. Around one third of the launch titles are exclusive to Xbox One, including Tom Clancy's The Divsion - a "gripping open world game" by Ubisoft sees a classified unit of tactical agents fight an "epic conspiracy".

Gamescom also saw publishers previewing early code from their upcoming holiday season and 2014 roster titles. Among them, the one that stood out was Titanfall.

While, Sony's PS4 got its long awaited release date with a guarantee of 33 titles by the end of the year. The handheld Vita also witnessed its price cut extended from Japan to Europe and North America, along with a number cult titles that will be launched on the mobile platform, led by Fez, Minecraft and Borderlands 2.

While the Terminator promised "I'll be back!", it seems he is to start on a new virtual adventure. Reef Entertainment announced today that they've acquired the license to make a new title based on the first two movies called - Terminators: The Video Game.

Here’s how to make the most of the smartphone deals during Flipkart Big Billion Days Sale Previous Post
Acer Nitro 5 2021: Gaming and performance review Next Post