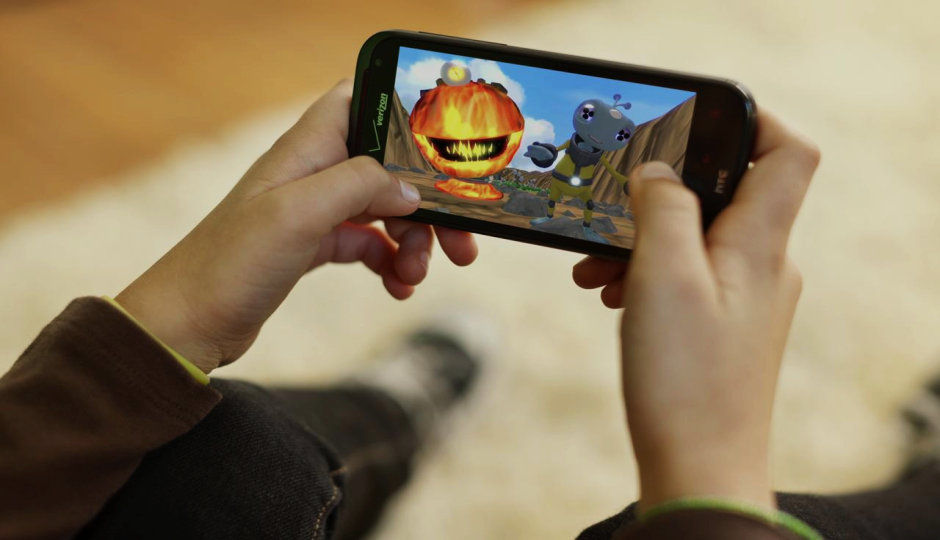 5 latest free Android games that you must try

Here's a list of 5 latest Android games on the Google Play Store that might catch you fancy, all of them are free to download. So...go ahead, try them!

If you are on a look out for some new, interesting games for your Android device, we suggest you go through this list. You surely will fine a game (or two) that is new, different and worth a try for free.

1) The Walking Dead: Season One

Game description as per developer:
The Walking Dead is a five-part game series (Episode 2-5 can be purchased via in-app) set in the same universe as Robert Kirkman’s award-winning series. Play as Lee Everett, a convicted criminal, who has been given a second chance at life in a world devastated by the undead. With corpses returning to life and survivors stopping at nothing to maintain their own safety, protecting an orphaned girl named Clementine may offer him redemption in a world gone to hell. Experience events, meet people and visit locations that foreshadow the story of Deputy Sheriff Rick Grimes. A tailored game experience – actions, choices and decisions you make will affect how your story plays out across the entire series.

Game description as per developer:
Meet Clumsy Ninja, the most hapless ninja ever to grace a touchscreen! Train him, throw him, tickle him, and even tie balloons to him. Everything you do will make Clumsy Ninja more skillful, and help him find his missing friend Kira. Clumsy Ninja is the next generation of interactive characters! He can sense, feel, move, and react uniquely every time. Prepare to be amazed…oh, and please take good care of him! Train your ninja to learn new tricks and super-special Ninja Moves! Impress his Sensei and earn new Ninja Belts on your way to find Kira, or just have fun with over 70 unique interactive items, including trampolines, punch bags, ball guns, a chicken and… a squirrel!

Game description as per developer:
Out of Facebook, straight onto your Android device. A new mobile-optimized FarmVille experience is now available! It’s FarmVille tailored for you and the way you want to play. Best of all, it’s free! Farm at your own pace, whether you have 30 seconds or 30 minutes. Play with friends or on your own in our new Anonymous Mode: Facebook not required. You can also play when not connected to the internet. Join a Farm Co-Op to trade and share, and go on Farm Adventures to collect rare goods. Now, you can finally play FarmVille anytime… anywhere.

Description as per developer:
Power up to faster cars, get the edge with getaway gadgets and outrun the cops as you speed to the state line. SMASH EVERYTHING: Well, almost. Whichever route you take through an ever-changing world of dirt tracks and dusty logging towns you can crash and bash your way through smashable scenery in the most intense display of destruction you have ever seen. UPGRADE & OUTRUN: Make sure you’re always ahead of the game (and the cops) with cool car upgrades. Start with a puny compact and make it awesome with extra speed, handling and strength. And when you start earning big, you might just get your hands on the fastest road car on the planet, the stunning Hennessey Venom GT. SMASH THE LEADERBOARD: What crazy road race would be complete without a TV chopper hovering overhead? The further you get and the more you smash, the bigger the TV ratings and the more cash you earn. Play against your Facebook and Google friends to see who can become the most famous Bandit on network TV. BOOST YOUR CHANCES: Before you head off you get to choose something to help you along the way. Stinger-proof tires, the 'Stunner' car taser and even a tank are available to give you the edge over the relentless Sheriff McBride and his deputies. CRUISE CONTROLS: Innovative one-finger control makes it super easy to drive, drift & spin your car, and unleash those helpful gadgets - no matter where you’re playing. TAKE A BANDIT CHALLENGE: The Smash Bandits race organisers don’t think that simply out-running the cops is a big enough problem, so they’ve put together over 100 challenges where you can test your driving skills to the limit.

Description as per developer:
Play the ultimate action shooting game on mobile! Get into intense shoot-outs armed with pistols, shotguns, and machine guns. Evil villains are traveling through time trying to change history, and only you can stop them. Go on a shooting spree to save the world! Cast of Characters  Collect over 50 popular gunfighters for your master collection! Experience different gunfighters from all around the world! Test your ability and see how far you can go with the endless stream of enemies! Be on the top ranking listing to unlock exclusive and powerful gunfighters for your collection! Story Mode: Travel through time to gather the greatest gunfighters into your time machine! Complete stages to take on the mysterious Overlord! Achievements: Trust yourself and take on the challenge to achieve the impossible! Accomplish achievements and be rewarded with exclusive items! Squad Skill: Unlock powerful skill by collecting gunfighters from the same squad! Cast amazing skills to overpower your enemies! Upgrades: Max out your gunfighters by improving their stats to live long and shoot harder!