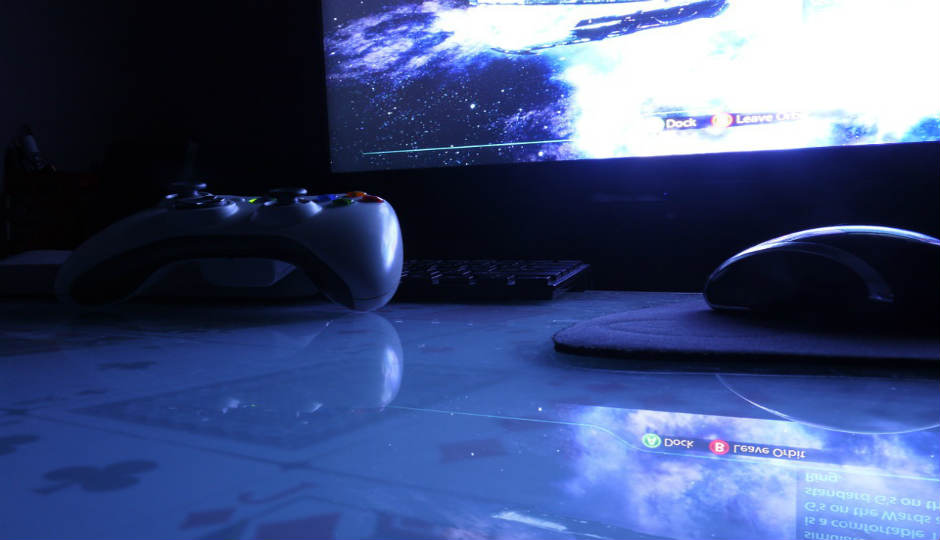 15 years from now, the world will be dominated through video games!

“Don’t you think it would be awesome to see Nathan Drake on the big screen?"

Sounds scary doesn’t it? Video games have come a long way since their inception and the journey hasn’t been a pleasant one. There were a number of studies which state that video games make people violent; and on the other hand there are stories which talk about how video games are good for health and increase hand-eye coordination. This topic is a debate for another day. What I’m talking about is the domination of video games as a medium of entertainment. Video games have gone from floating pixels on a screen to swashbuckling set pieces that could give the likes of Hollywood a run for their money. And isn’t that something that’s happening?

To give you a perspective, Call of Duty: Black Ops 3 grossed $550m, in its opening weekend. That puts it ahead of Jurassic World, which managed $512 million global weekend take. Get the picture? Sure, people will argue that video games are for children and have in the past 15 years have tried to capture the 28+ age audience and I would agree with them. I would also agree with those who believe that beyond 34, people lose interest in gaming because they start a family life and can’t invest 100 hours to finish games like the Witcher 3 or Elders Scroll. But, I would counter that by saying – “videogames will fuel the entertainment of the future on the big screen 15 years from now.” We have seen the release of a few awesome movies that don’t have action, adventure or super heroes such as Money Monster, The Danish Girl and more. On opening night (at least in India) its easy to walk to the counter at the theatre and get a ticket for films like these. But when it comes to movies based on popular culture, like X-Men Apocalypse, I had to fight for the ticket online just as I would for a tatkal railway booking. For how long will this super hero trend continue? How long will people enjoy the Marvel vs DC movies and how many times will you watch a different actor get bitten by a spider and become the legendary web slinger. The action will fizzle out sooner or later and video games will be the go to medium for entertainment. Video game stories already are and will be adapted on the big screen and we will see video game stories reign supreme success on the big screen in the next 15 years.

Sure, you will say that we have seen the likes of Street Fighter, Tomb Raider, Silent Hill, Doom, Resident Evil and more and all these moves have been lackluster. I would agree. If you remember, the Captain America movie that released in 1990 was really bad. So were the movies based on Spiderman, Thor and the hulk that were released in the 80’s and 90’s. We can’t blame technology and special effects for the failure of these films. We also got Star Wars, Star Trek, Batman and Superman films in the same years that were awesome and culture defining. In the next 15 years, the success of a movie will not be served because of the superhero it has, but because of the video game it is based on.

Don’t you think it would be awesome to see Nathan Drake on the big screen? Or enjoy the emotional moments of the Last of Us being played by real actors? Or even Dishonored for that matter. These are the games that are driven by their stories and that’s why they are so engaging. Its needles to say that with the advancement in technology, these games will be brought to life very well on the big screen. Needless to say, the debate that ensue after the release of such films will be even more entertaining – the game vs the movie fight. Isn’t the book vs movie battle too familiar?

Even if we look at sound, video games have come a long way from simple beeps to orchestral scores. I know so many people that enjoy morning playlists with background scores of popular games rather than pop culture music. I’m sure you know someone that has the signature Mario tune as their smartphone ringtone. This trend will only grow in the years to come.

In short, what I’m trying to say is that in the next 15 years, video games will have total domination over the entertainment industry to the same level if not more, compared to what we have seen from Marvel and DC. Sure, it will take time to mature, but the seeds of this domination have already been sown. Its just a matter of time before the D-Pad, analogue sticks, keyboard and mouse become mightier than any other medium of entertainment.