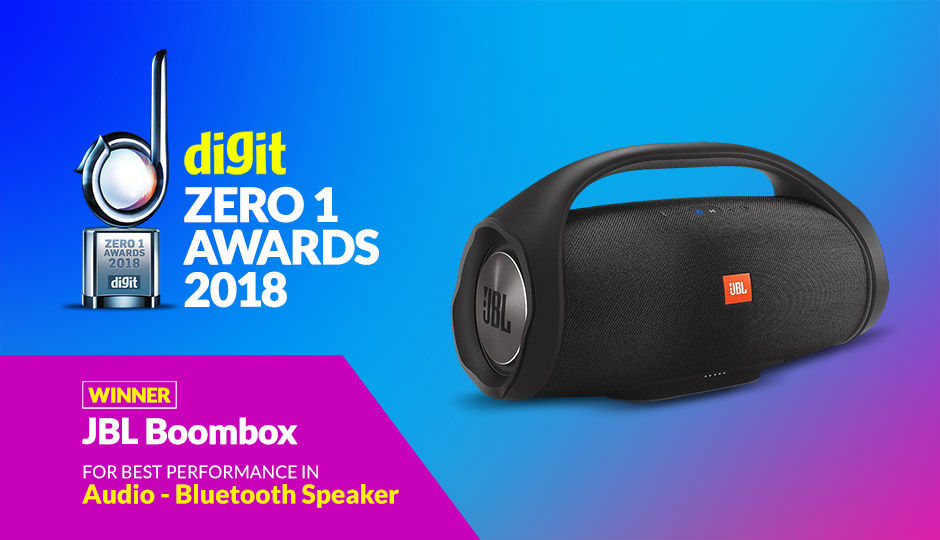 Gone are the days when Bluetooth speakers were just an alternative to wired desktop speakers. Nowadays, premium Bluetooth speakers from established audio brands like Bang and Olufsen, Bose, JBL and Sony are the norm. There has also been an increased focus on durability in Bluetooth speakers. Most of our entrants had waterproofing, with higher-end models sporting at least IPX7. How well do they handle audio? Let’s find out.

Right out of the box, the JBL Boombox looks like something that would have ditched audio quality for sheer power. You couldn’t be further from the truth on this one. The JBL Boombox does pack a punch, which is expected from a speaker that weighs upwards of 5kgs. However, it doesn’t do that at the cost of clarity. There is a deep and rich acoustic feel to the sound of the Boombox, but it’s not too overpowering. There’s no perceptible distortion at higher volumes.

JBL has sculpted the sound on the Boombox with balanced mids and highs without being overpowered by the impactful bass. Another interesting thing is that for a speaker that is playing in a mono configuration, at times the Boombox managed to create the feel of stereo separation. This is no audiophile grade speaker, but something about the way the Boombox balances out the power between its lows, mids and highs are what makes it this year’s winner.

The exact balance between portability and audio quality is quite difficult to strike with Bluetooth speakers. However, the Beoplay P6 manages to strike that exact balance and does so in style. Apart from looking like a work of art, which is expected from a B&O product, the P6 delivers way more power than you would expect from a speaker of its size. Even with the subdued lows, our test tracks sounded clear and well spaced.

The mids and the highs have a life of their own, with tracks like Hello from Adele soaring in their powerful vocals, and Hotel California from The Eagles making you want to forget your critical analysis and just get immersed in the music. If not for the Boombox’s sheer power, the P6 would have stood a strong chance for the top position.

“If it ain’t broke, don’t fix it”- this is the principle that UE has adopted while designing the Wonderboom Freestyle. The Wonderboom was already a good speaker and with the Freestyle upgrade, you get a lot of options for different skins. In the sound department, it carries the reliability of the original Wonderboom. You get a small package that can handle its highs really well, does a fair job with the mids, and loses out on the lows but none of it happens at the cost of clarity unless the volume is at max.