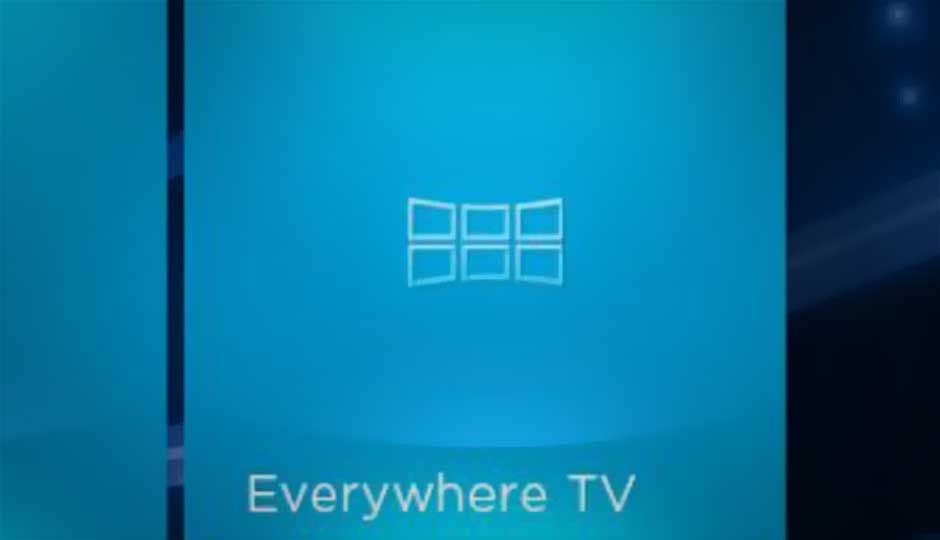 Not long after Dish TV launched the Dish Online app that lets you watch Live TV on your smartphone or tablet, Tata Sky responded with its own Everywhere TV app. At the moment, this app is available only for iOS users, and the Android version will be hitting the Google Play Store in a few weeks time. So, for us iPad totting creatures, with Tata Sky subscriptions, it is a must to get TV access when away from the TV. After having used the app exhaustively, here are our observations.

It isimportant to specify that while Dish TV basically uses Ditto TV's service, rebranded as their own for Dish Online, Tata Sky's service has been developed in-house. The quality differences, and the customization aspects are more than evident.

Setting it Up
Unlike Dish TV, for whom the Dish Online app was a completely new product, Tata Sky have added the Live TV feature on to the existing Tata Sky app for iOS. And that will be the same for Android, via a simple app update. Open the app, and the familiar interface awaits you, with various blocks - program guide, record, Wi-Fi remote etc. Here itself, you will see a new addition - Everywhere TV. Tap on that, and the first time you will need sign in with your customer ID or registered mobile number and password (same as you may use on the MyTataSky portal online).

However, there is an additional step here before you can start using the service. Go to the web browser and head to the MyTataSky portal. Once you have signed in, you will see a tab for Everywhere TV. Click on that, and the device that you have just registered will be listed there. Select that, and activate the service. While you may say that this is an inconvenient process, this prevents misuse where someone who may know your login ID and password may by mistake, register another device.

This is a one time process, and now, you will be able to access Everywhere TV on the iPad or the iPhone anytime you wish to. Interesting fact is that you can use the same subscription to register a maximum of two devices at any point of time. I believe that is rather flexible, allowing you to set up devices for two different members of the house, and can be used simultaneously.

Interface
As we mentioned, the familiarity in terms of the interface continues. And as you use the service, Tata Sky’s focus on that aspect becomes more and more clear. Go to the Everywhere TV section, and the channel listing and the program guide is very similar to what you will see with the Tata Sky set top box connected to the TV. On the top left is the small viewing window, that will show the channel you may have currently selected while browsing. Below that are the details about the show that you select in the program guide, which sits on the right of this and takes up the majority screen space. The channel icons make navigation through this list simpler, because of the visual recognition rather than requiring you to read text. The blue colour theme overall, with different elements blending in, looks very sophisticated. 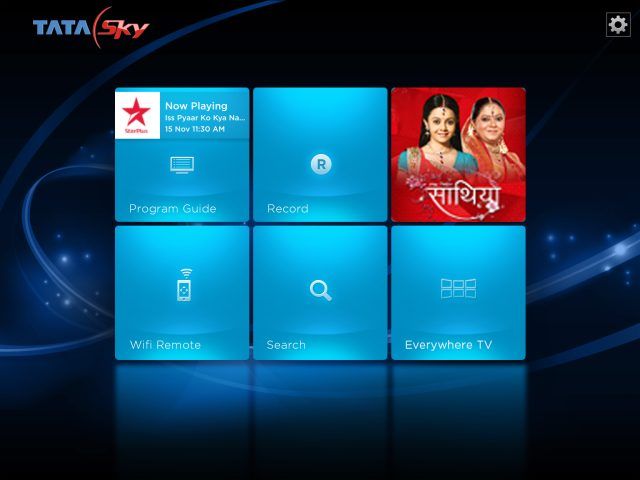 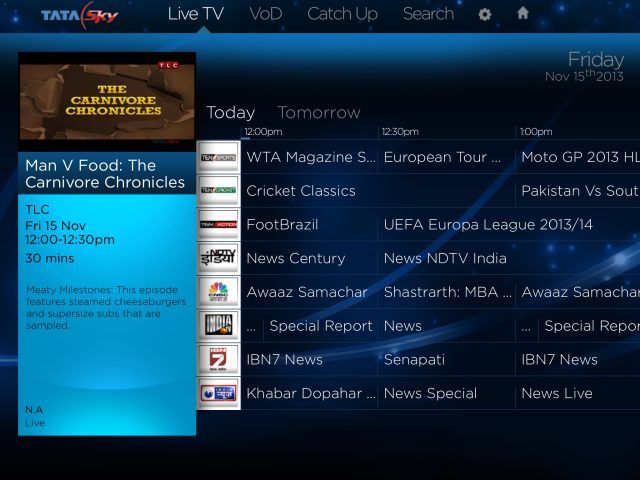 Unlike the Dish Online app that wasted a lot of screen space by making the interface only horizontally scrollable, Tata Sky’s app uses every bit of screen space allowing for more information at a glance, rather than having to move around multiple times.

Watching TV
This is the main point of the entire exercise, and we are very happy to report that the experience is extremely good. It is important to note that the quality of streaming offered by Everywhere TV is much better than what Dish Online offers. There are three settings for the amount of bandwidth you want the app to use, and that makes a lot of difference in terms of streaming quality. At the highest quality setting, it is very similar to the quality offered by StarSports.com, meaning it can be hooked up to a 46-inch TV and the experience will be one of good picture quality. On the iPad, the streaming quality was superb, and I will be using this to watch the European football matches late nights, cooped up inside the warm blanket, come this Delhi winter! 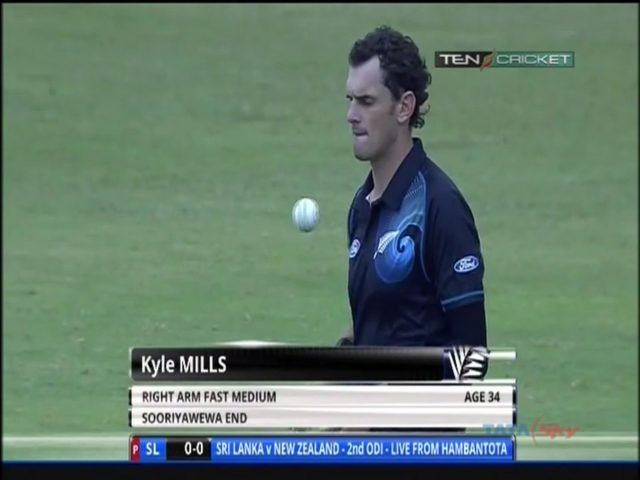 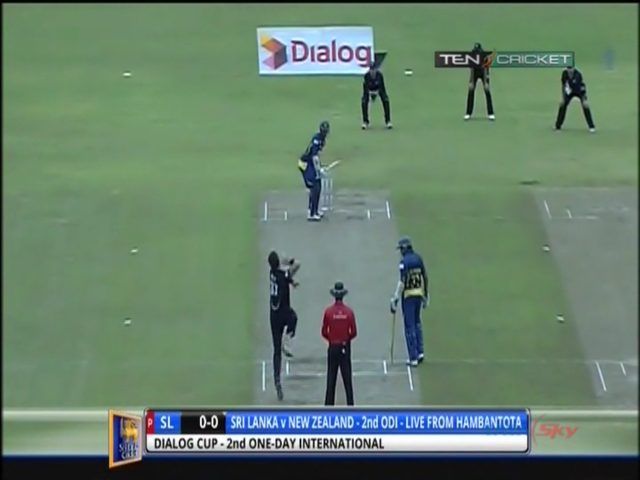 There are around 50 channels on the platform at the moment, and this number will increase as more and more channels are added to the platform. And they will be added, rest assured. Not a bad start.

But, there are still some popular channels that are missing - the Star Sports channels, and all the English entertainment channels, for example. And the HD channels also need to be on the platform. I agree that there are bandwidth limitations when using the 3G and broadband connections in our country, but activate the HD channels for anyone who wishes to utilize the powerful broadband connection they may have at home. If that is done, it’ll be the perfect app to watch TV, away from the actual TV.

Data Usage
Streaming on a Wi-Fi connection is smooth. Tap on a channel icon or a program name, and on an 8Mbps connection, it takes around 5 seconds to start playing, and another 2 seconds for the connectivity to stabilize and the picture quality to settle. In terms of bandwidth use, this app will not use more than 2Mbps of your connection speed anyway, which means that on a 4Mbps or 8Mbps connection, you will not face a virtual network freeze for the rest of the devices. Also, the data usage that we clocked was in the region of 20MB per hour while streaming, at the highest quality. This means that if you stream 2 hours regularly on a daily basic, you will use 1.3GB data per month, very much acceptable for most home broadband users. Toggle to lower quality, and the usage will be lesser. The scenario with 3G largely depends on the signal strength and connectivity in the area. Playback never really gave us any issues, except one time when we were flipping channels and the playback error showed up. A force close and restart of the app solved the problem. 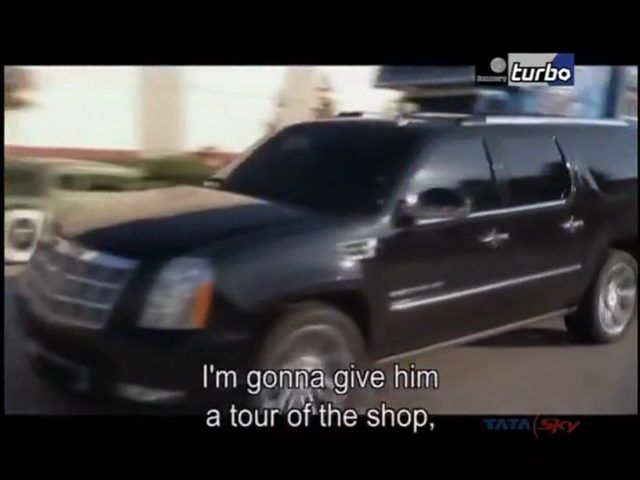 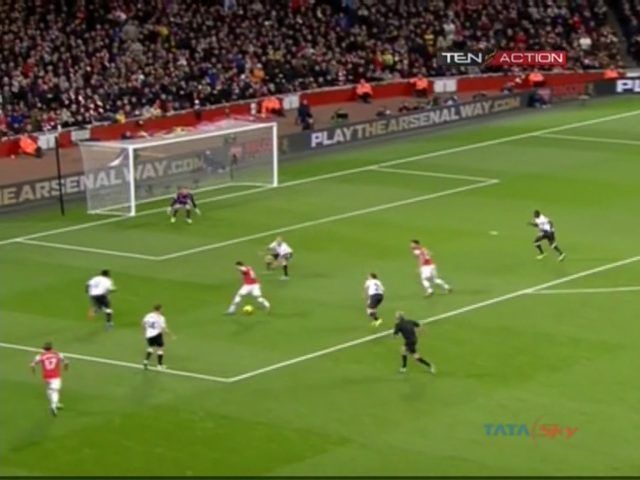 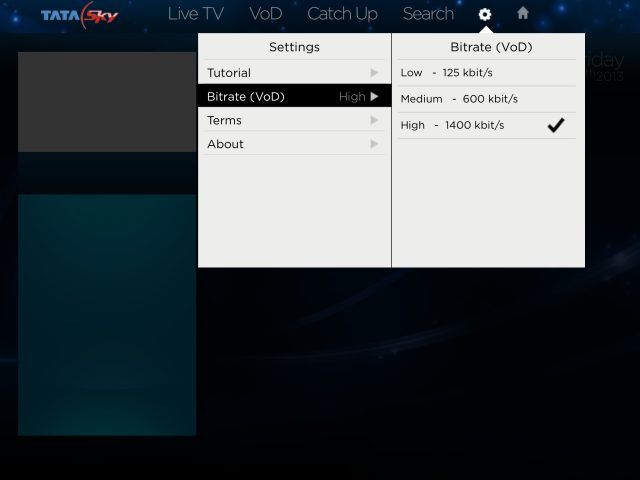 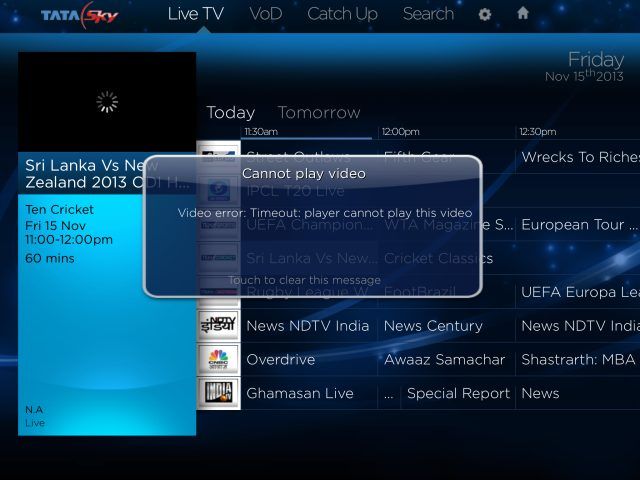 Other services
Apart from Live TV, the Everywhere TV service also offers Video-on-Demand and Catch Up TV. For video on demand, you can purchase a video from the library that Tata Sky offers, and download it to watch later on the iPad or iPhone. This content will be visible till the time you have the subscription to this service. Unfortunately, you cannot yet purchase VoD content via the app, but when you do purchase a video on demand from either the set-top box or via the online portal, it’ll show in the queue on the app, to be downloaded.

Catch-Up TV offers certain previous episodes of certain programs on certain channels. Unlike the Catch Up TV that you may have experienced on an IPTV connection, the selection of chanells is smaller. For example, you may be able to catch episodes of Man vs. Wild and How they do it?, both shows of Discovery Channel, for the last 5 days. But not the rest of the Discovery Network’s shows. This is okay, as long as you are not very pedantic about having all shows available for streaming right then and there. 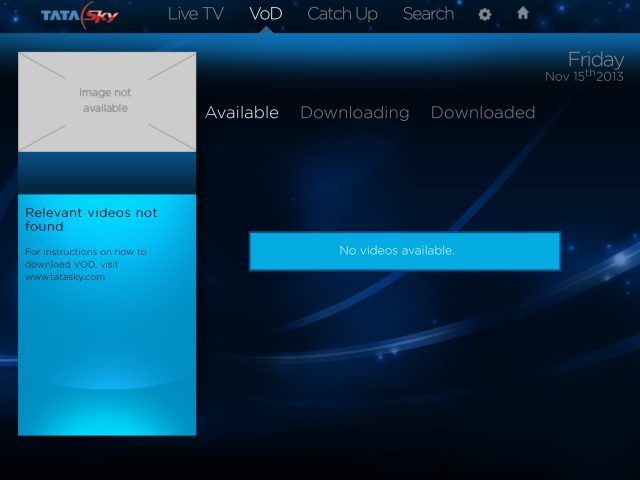 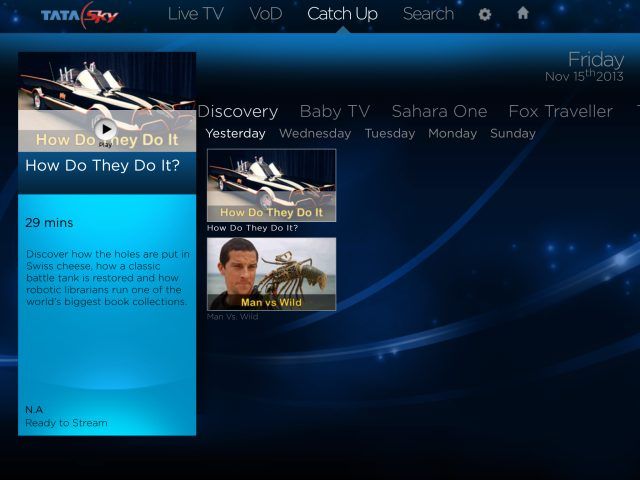 Should you subscribe?
We think Rs 60 per month for this service is not a lot to spend on the flexibility and convenience this offers. No HD channels on the platform yet, but I believe it is a very good multi-screen alternative. Pretty well solves the issue when you may have one TV at home, and two people want to watch different things because one of you can use the iPad! Or, there are times when a sports lover like me has to deal with a conflict between a football match and an F1 race. One on the TV, and one on the iPad - problem solved!

The Android version will also be out in a few weeks, with exactly the same set of features as the current iOS version. If you have an Android tablet, the wait for you isn’t too long now!

Airtel Xtream Premium vs Tata Play Binge Plus: Which is the best streaming service for you?
Optoma introduces the WUXGA Projector series with up to 21000 lumens of brightness
Asus ROG Fusion II 500 and Fusion II 300 gaming headphones launched in India
BoAt launches the Airdopes 111 true wireless earbuds with up to 28 hours battery life
Sony launches SRS-NB10 and SRS-NS7 Wireless Neckband Speaker along with WLA-NS7 Wireless Transmitter
Advertisements