Origins of Microphones: The journey of microphones right from the start

Ever wondered how your voice is heard by the people you talk to over the phone? Or how Facebook is able to give you ads on the thing you were JUST talking about? We’re pretty sure you know the answer, but hey, it’s fun to point out the different uses of the microphone!

Now if you’re wondering just how these small yet essential devices came around, keep on reading! 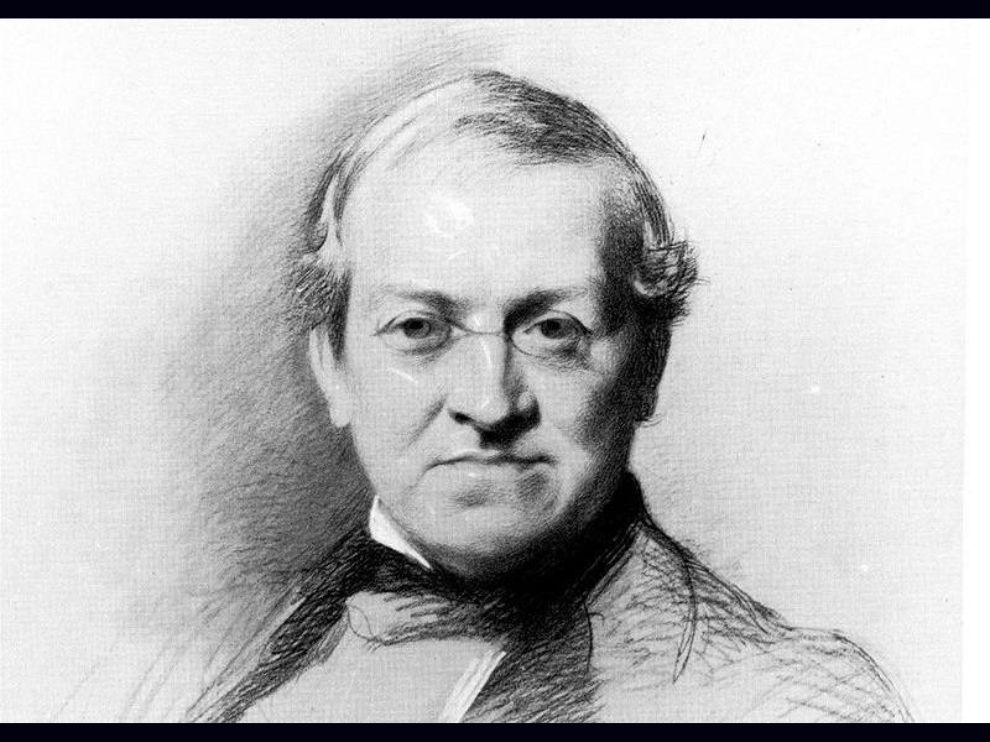 Microphones work on the concept of sound being a wave and the process of amplifying those waves. Using the same concept that modern microphones use in a much more basic sense, English physicist and inventor, Robert Hooke is credited with coming up with a barebones telephone of sorts which combined an acoustic cup and string, in the year 1665. An example of which you may have seen in modern cartoons. Hooke, to this day, is still considered to be one of the pioneers in sound propagation technology over large distances. However, Hooke wasn’t instrumental in coining the term “microphone” during his time; that happened much later.

Coining of the Phrase and Early Uses 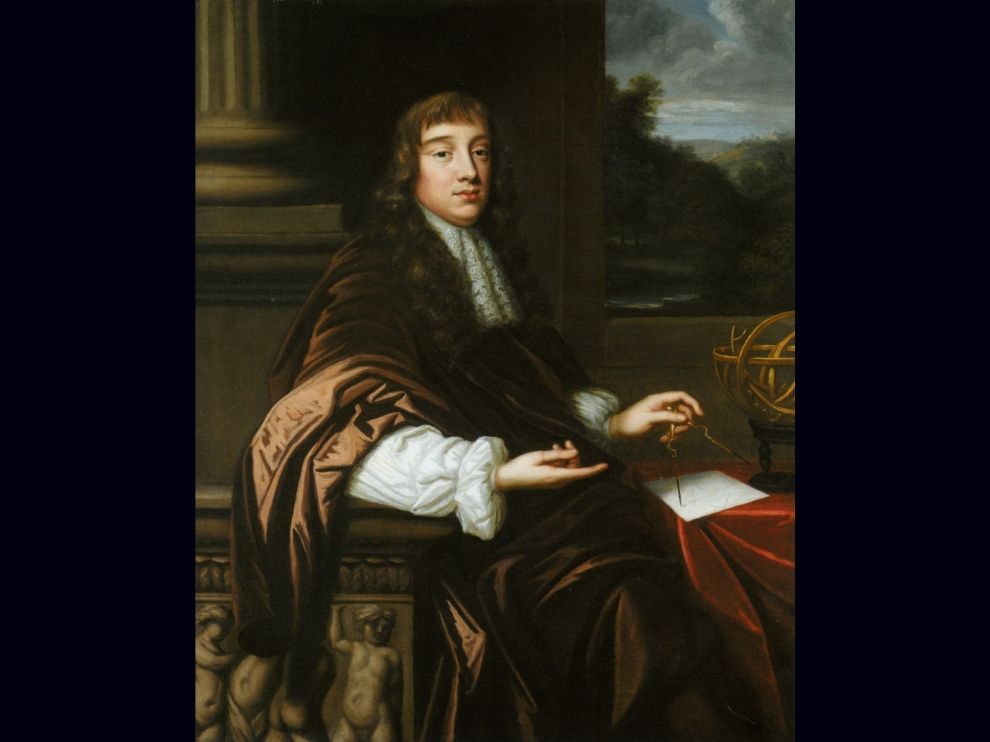 The term “microphone” was first coined by none other than the inventor of the Telegraph, Sir Charles Wheatstone in 1827. Even though the concept had been applied by Hooke before, Wheatstone was the first to officially recognize the fact that sound was “transmitted by waves through mediums”. Once he treated it as an established fact, Wheatstone went on to make large strides in the field of acoustics. He fiddled around with ways to propagate sound through different mediums over varying distances while also working on a device that could amplify weak sounds - the Microphone. Though the device that Wheatstone called a microphone was more of a functioning stethoscope, the term would soon be applied to other devices that would be developed for the same purpose later on.

The first REAL Microphone(sort of) 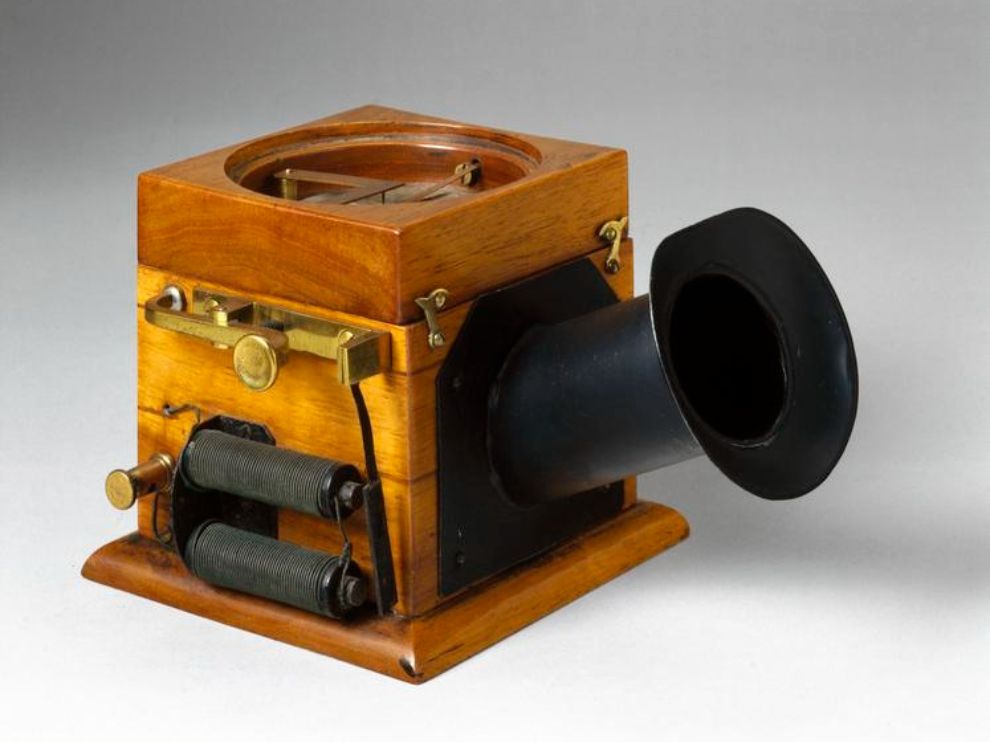 With the Wheatstone microphone already existing, in 1861, German inventor Johann Philipp Reis, invented a working device that converted sound signals into electric signals which could be propagated through a conductive wire. On the other end, would be a device that would convert the electric signals back into sound making it arguably the first-ever true use of the microphone in the way we define them today: as a transducer that converts mechanical wave energy (sound waves) into electrical energy (audio signals) even though the device was actually an early model of the Telephone, the microphone played a big part in the working function of it.

The Reis’ Telephone largely functioned on the movement of a parchment strip through audio waves and then creating disturbances in two brass strips that were connected to the parchment. The moving parchment would result in varying resistances in the circuitry creating the audio signals which would then be decoded on the receiving end. The Reis telephone is not mentioned a lot these days but is considered by many to be the first ever proper use of a microphone in a device. You may ask why, well to answer that let us take you to the world of Alexander Graham Bell and the Liquid Transmitter device. 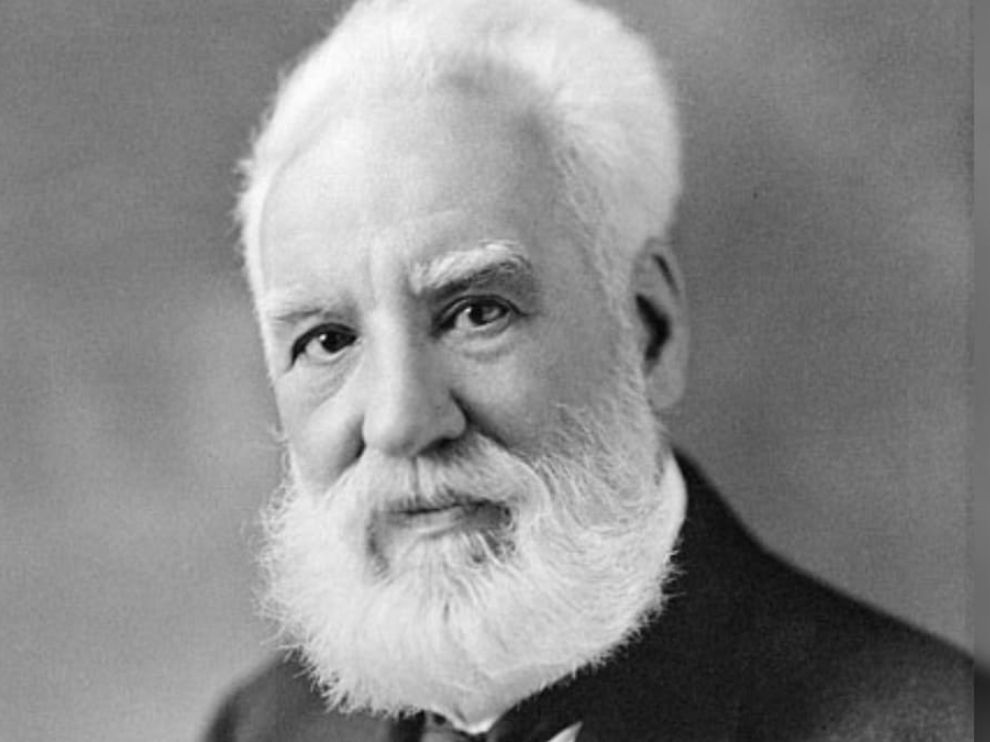 As Bell’s Telephone came to be, his idea of a microphone was largely based on Elisha Gray’s idea of a microphone using electrolytic fluids to conduct the electric signals of the microphone. Gray had even challenged Bell’s patent in court but the court found in Bell’s favour much to Gray’s dismay. All of this transpired between the year 1867 and 1876.

In this version, we had a metal cup filled with a mixture of water and sulphuric acid.

Then, a diaphragm was stretched into a small horn while attached to a needle submerged in the liquid but not touching the metal cup. As the needle would move up and down due to the sound waves hitting the diaphragm, the resistance of the conductive liquid would change.

The changing resistance would be then picked up by another wire submerged in the water which carried an inversely proportional electric signal to the speaker part of the telephone.

This model of the microphone and its success was also very influential in the development of the Carbon Microphone invented by Thomas Edison which we are going to talk about next.

Let’s get to the year 1876 when the first ever proper microphone was created in the form of Berliner and Edison’s Carbon Microphone. Edison was much influenced by the ideas and success of the Liquid Transmitter by Bell, and was set on immortalising his own name in the audio transmission industry and immortalise his name, he did. Edison worked alongside Emile Berliner who was a german immigrant in the United States and is said to have done most of the work in the development of the Carbon Microphone.

The microphone worked on Reis’ concept of audio propagation even further by using metal plates instead of using parchment or liquid. The metal plates had carbon granules between them and as the thinner plate would move, the resistance between the two plates would vary because of the movement of the connected carbon molecules producing the desired audio signals that were needed to transmit audio to other equipment. Now, even though Berliner is credited with making the Carbon Microphone, Sir David Edward Hughes also made a similar invention in the same year and actually demonstrated it before the American duo of Edison and Berliner. However, he did not get it patented calling his invention “a gift to the world”. He was also the first man to bring the term “microphone” to his invention, perhaps as a tribute to Sir Charles Wheatstone.

Note: The patent to the original Carbon Microphone, held by Berliner, was bought out by Alexander Graham Bell for $50,000 (roughly $1.1 million in today’s times), but after a ton of legal trouble, in 1892, the United States Supreme Court ruled that it was Edison who had actually invented the microphone and the original patent was awarded to him. While we are not sure if Edison used his influence over the world at the time or not, given his past adventures, we simply cannot disregard the possibility. 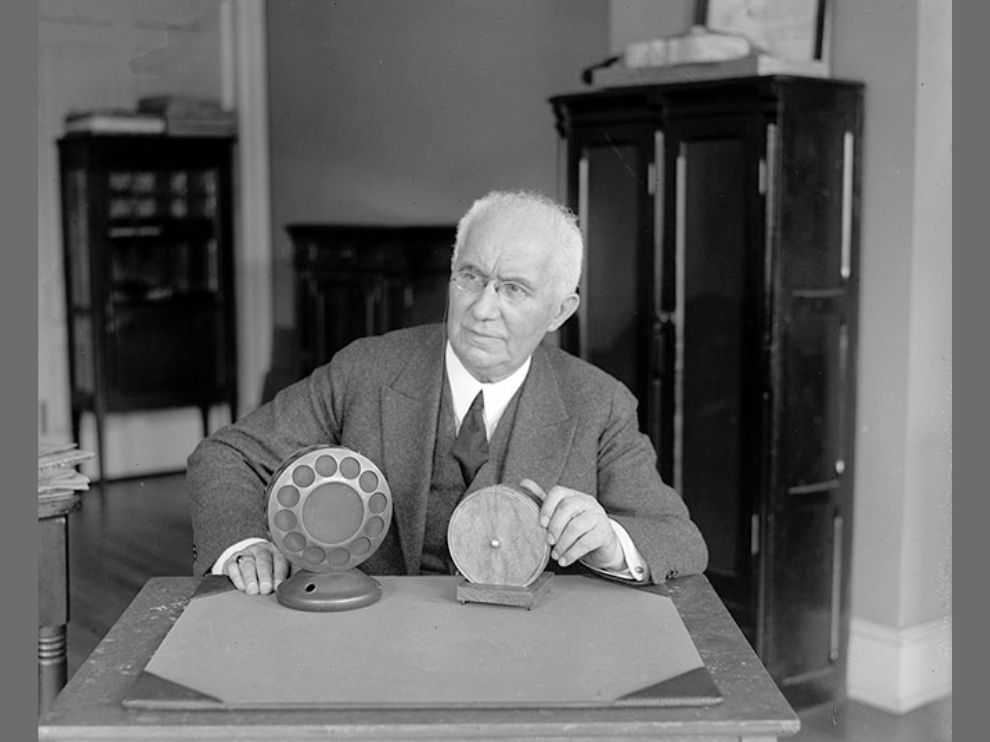 It was in the year 1904 that the vacuum tube was invented. However, it wasn’t till 1906 till Lee De Forest developed the triode that was used immensely in the microphones that came up next due to its amplifying nature. This invention was one of the biggest reasons that the condenser microphone was able to come into existence as the initial models had very weak outputs and needed the amplifying powers of the triode.

It wasn’t until 1916 that we got to see the first-ever condenser microphone come into existence at Bell Laboratories(Then Western Electric) by the inventor, E.C. Wente. Much like the carbon mic, the condenser also came equipped with two plates out of which one moved. However, the difference was that there were no granules in the middle of the two plates. Instead, a steady current was constantly applied between the two and while the moving plate would vibrate, the capacitance between the plates would change resulting in the production of the audio signals. Unfortunately for us, there wasn’t a lot of juicy controversy surrounding this invention like the others but it’s like they say, the 1800s was a wild time for science and its followers.

A weird time to test Crystals 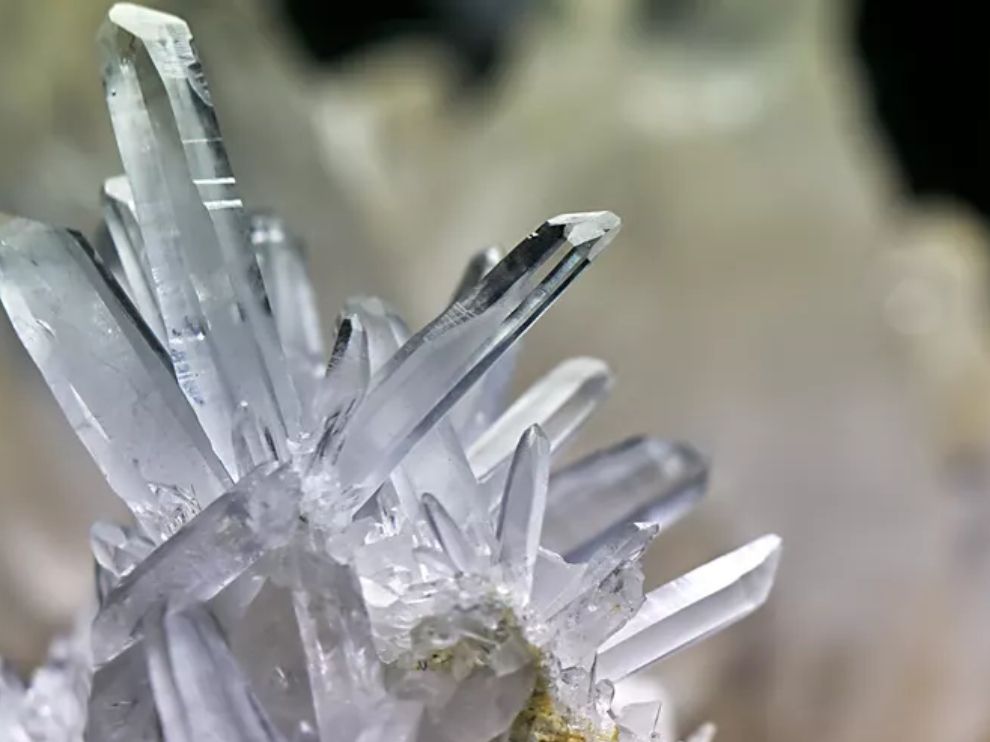 French Physicist Paul Langevin was the first ever person to use crystals(specifically piezoelectric ones) to detect sound. What exactly was he up to with so many crystals? We do not know and honestly, we hope we don’t get to because we’d rather not mix into bad business deals or end up like Walter White. Either way, the crystals were initially used in ultrasonic submarine detectors and not for microphone-related purposes. They were a part of early submarine systems instead and were used as precursors to the more advanced SONAR systems that we have today.Then, in 1919, Alexander Nicolson made the first ever piezoelectric microphone for capturing sound waves while also developing the piezoelectric loudspeaker and the phonograph pickup.

Now we may not have reached current times just yet. But for the most part the foundations of the microphones were laid out during the times we talked about in this article. If you decide to take a deep dive into the world of microphones, you’ll be surprised how things have changed, but the fundamentals have stayed the same.